Was Biden Filmed Talking to Press in Front of a Green Screen?

Despite suggestions to the contrary, the president of the United States exists in a corporeal form. 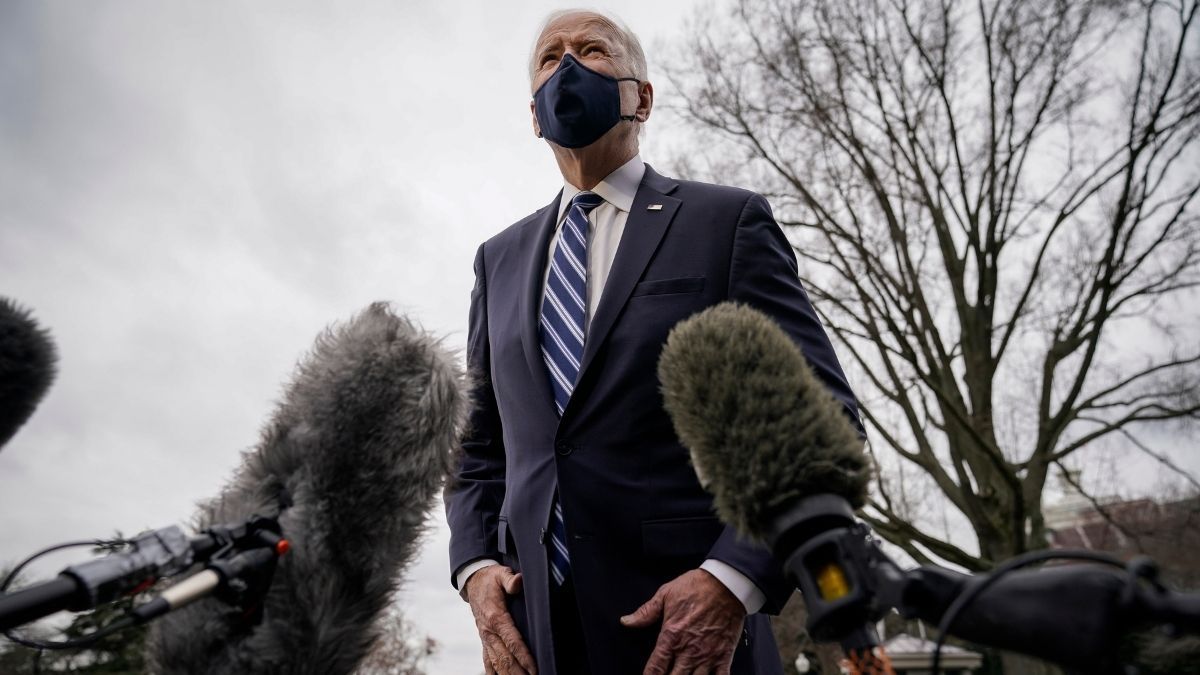 On March 17, 2021, a video started circulating on social media that many users claimed featured U.S. President Joe Biden talking to reporters in front of a green screen to make it appear he was in a location where he was not:

This is a genuine video of Biden talking to pool reporters. The claim that Biden was using a green screen (a device used in movies and TV to alter the background) is based on an odd visual in this video when Biden's hand appears to come in front of a fuzzy grey microphone. This rumor was popular on the r/conspiracy section of Reddit, but it was also spread by retired athletes and popular conservative social media personalities such as Aubrey Huff and Tito Ortiz.

Huff wrote: "@JoeBiden taking questions in front of the green screen. Notice the hand going right through the microphone. It’s all a big production.....and so many of you are falling for it. Wake up!"

While this visual may look a little odd, the claim that it shows Biden using a green screen quickly falls apart upon closer examination. For starters, it's important to note that the microphones in this video are being held by boom poles. While we might be accustomed to seeing reporters holding their own microphones, social distance protocols due to the COVID-19 pandemic have forced reporters to start using boom mics. These mics are also larger than some might anticipate, as illustrated by the photograph at the top of this article provides.

In other words, Biden is standing directly in front of several large boom mics, but is still several feet away from the reporters. When it appears that Biden's hand crosses over the microphone, it's because it actually does, it just looks a little funny because the mics are both larger than anticipated and at a different distance than expected. Here's a diagram from Captain Disillusion, a visual effects specialist, to better illustrate this point: Here's another angle of this purported "green screen" moment from The Washington Post:

Steve Herman, the reporter who was holding the fuzzy grey microphone in this video, posted a message on Twitter saying that he was "literally in front" of the president when this video was filmed. In other words, Herman and Biden were both together on the south lawn of the White House, not in a studio with a green screen.

The claim that Biden was speaking in front of a green screen is part of a larger conspiracy theory holding that Biden presidency is being "faked" in one manner or another.

Last month, for example, we addressed the false rumors that photographs showed Biden on a movie set and not in the Oval Office, and just after Biden's inauguration, a rumor circulated that the president was using a "fake" Air Force One plane. While some people may not want to believe it, Biden is real and he is really the President of the United States.