Does Video Show a Child Handing Biden a Vial of Blood?

This is doctored video spreading conspiratorial nonsense. However, the real video is still kind of weird. 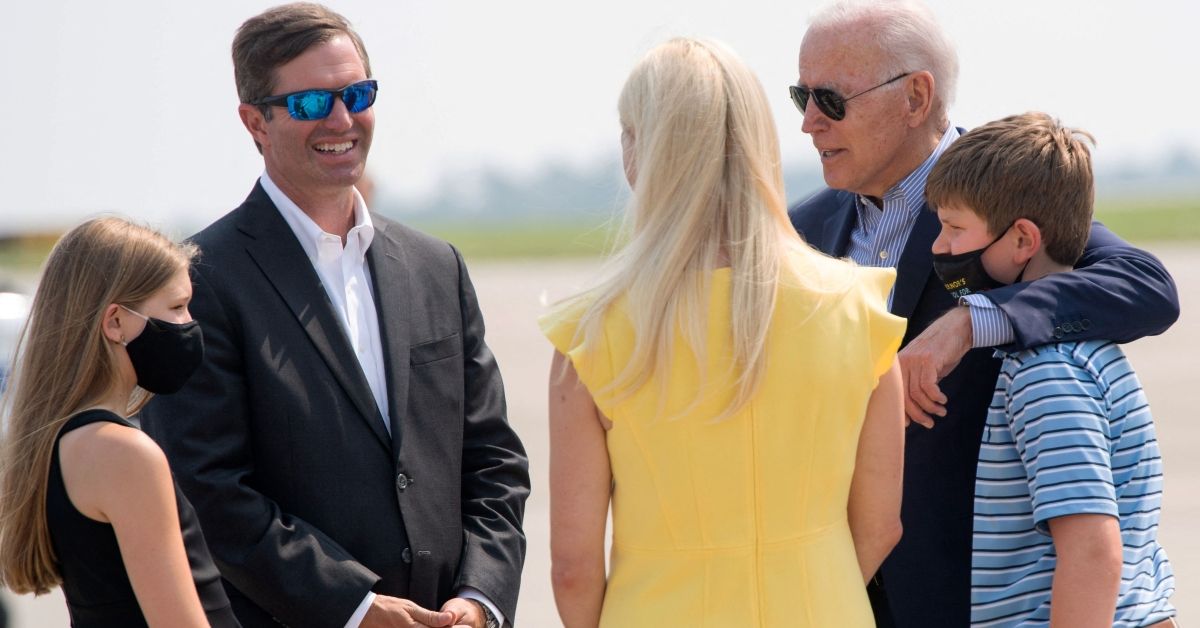 In December 2021, a video was circulated on social media that supposedly showed a young child surreptitiously handing U.S. President Joe Biden what appears to be a vial of blood. The @projectpelosi Twitter account falsely claimed that Biden received this "vial of fresh blood" so that he could drink it on his way back to the White House. This Twitter account has since been suspended. An archived copy of the "fresh blood" video can be seen below:

This is a doctored video spreading conspiratorial nonsense.

A segment of the QAnon conspiracy theory holds that there is a cabal of politicians who engage in so-called satanic behavior, such as drinking the blood of children. There is no evidence to support this conspiracy theory. In fact, the vast majority of such claims are based on demonstrably inaccurate and false information. We took a deeper look at the false claim that Democrats drink the blood of children previously.

The above-displayed video, for example, is doctored. The child in this video is not actually holding a vial of blood. Someone digitally inserted a vial of blood into this video in order to spread the nonsensical rumor that Biden drinks blood.

The original video was taken in July 2021 as Biden stepped off Air Force One at Cincinnati/Northern Kentucky International Airport where he was greeted by Kentucky Gov. Andy Beshear and his family. While no blood vials were exchanged in the original unaltered footage, Biden does appear to hand something to Beshear's son.

The moment can be glimpsed around the 12:30 mark of the following video:

Updated [Dec. 17, 2021]: Article previously stated Biden handed a face mask to Beshear's son, but it isn't clear what was exchanged.