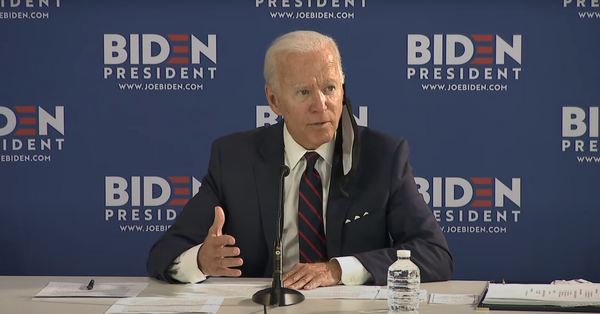 Claim:
U.S. President Joe Biden once said "Dr. King's assassination did not have the worldwide impact that George Floyd's death did."
Rating:

In April 2021, an old quote attributed to U.S. President Joe Biden saw a resurgence in shares on social media, overwhelmingly from users who disapproved of his purported claim that the death of George Floyd in May 2020 had had a greater "worldwide impact" than the 1968 assassination of Martin Luther King Jr.

The remarks attributed to Biden were: "Dr. King's assassination did not have the worldwide impact that George Floyd's death did": To demonstrate the popularity of the meme, the following screenshot shows just a selection of posts from Facebook alone: The quotation was authentic, and originated in remarks Biden made at a campaign event in June 2020. As such, we are issuing a rating of "Correct Attribution."

The following is an excerpted transcript of the relevant portion of Biden's remarks, which came at a roundtable event on COVID-19 and the American economy, in Philadelphia, on June 11, 2020. Video of the remarks can be viewed below.

Around halfway through the discussion, U.S. Rep. Dwight Evans, a Democrat from Pennsylvania, asked Biden a question that alluded to ongoing social and racial tensions in the United States, and how his campaign pledge to "restore the soul of America" related to those issues.

In response, the then-presumptive Democratic nominee criticized then-President Donald Trump for his remarks on white supremacist violence in Charlottesville, Virginia, and his divisive and inflammatory comments about Mexican immigrants.

He noted that people of color were being disproportionately struck with the COVID-19 pandemic, and then moved into a discussion about the death of George Floyd, a Black man who died in May 2020 after a Minneapolis police officer knelt on his neck for almost nine minutes. Floyd's death sparked a renewed wave of protests about police brutality and racial injustice throughout the United States and in other parts of the world. Biden said:

...George gets brutally murdered for the whole world to see it. You've never seen — and I come out of the, I was a kid when Dr. King, I came back from law school when Dr. King was assassinated. And when I came back, my city [Wilmington, Delaware] is the only city in America occupied by the National Guard since Reconstruction, because a significant portion was burned to the ground. I came back, I had a job with a good law firm, and I quit and became a public defender.

But even Dr. King's assassination did not have the worldwide impact that George Floyd's death did. Because, just like television changed the civil rights movement for the better when they saw Bull Connor and his dogs ripping the clothes off of elderly black women going to church, and fire hoses ripping the skin off of young kids —all those folks around the country that didn't have any black populations heard about this, but they didn't believe it, but they saw it. It was impossible to close their eyes.

Well with George Floyd, what happened to George Floyd, now you've got how many people around the country, millions of cellphones. It's changed the way everybody's looking at this. Look at the millions of people marching around the world, the world. So my point is that I think people are really realizing that this is a battle for the soul of America. Who are we? What do we want to be? How do we see ourselves? What do we think we should be? [Emphasis is added].

As the transcript and video show, Biden did indeed say "Dr. King's assassination did not have the worldwide impact that George Floyd's death did," and the memes therefore quoted him accurately.

In full context, Biden appeared to be making a point less about the relative historic importance of King's life and achievements, but rather the global audience that watched cellphone video footage of Floyd's death.

However, Biden also referred to "the millions of people marching around the world" in response to Floyd's death, so his argument did not appear to be limited only to the manner in which modern technology enabled footage of Floyd's death to reach a global audience.

Floyd's death did indeed inspire protests and demonstrations of solidarity throughout the world, in the ensuing days and weeks. In Germany and England, high-profile professional soccer players made gestures of support for Floyd, and for the broader Black Lives Matter movement.

In the English Premier League, the most-watched soccer league in the world, players replaced the names on their jerseys with the words "Black Lives Matter," for the final 12 games of the 2019-20 season, and began "taking a knee" before every game, in the aftermath of Floyd's death — a ritual that has persisted until time of publication, almost one year after the death of George Floyd.