Is Biden From the Same Scranton as 'The Office'?

And is the home of world's most famous fictional paper company real? 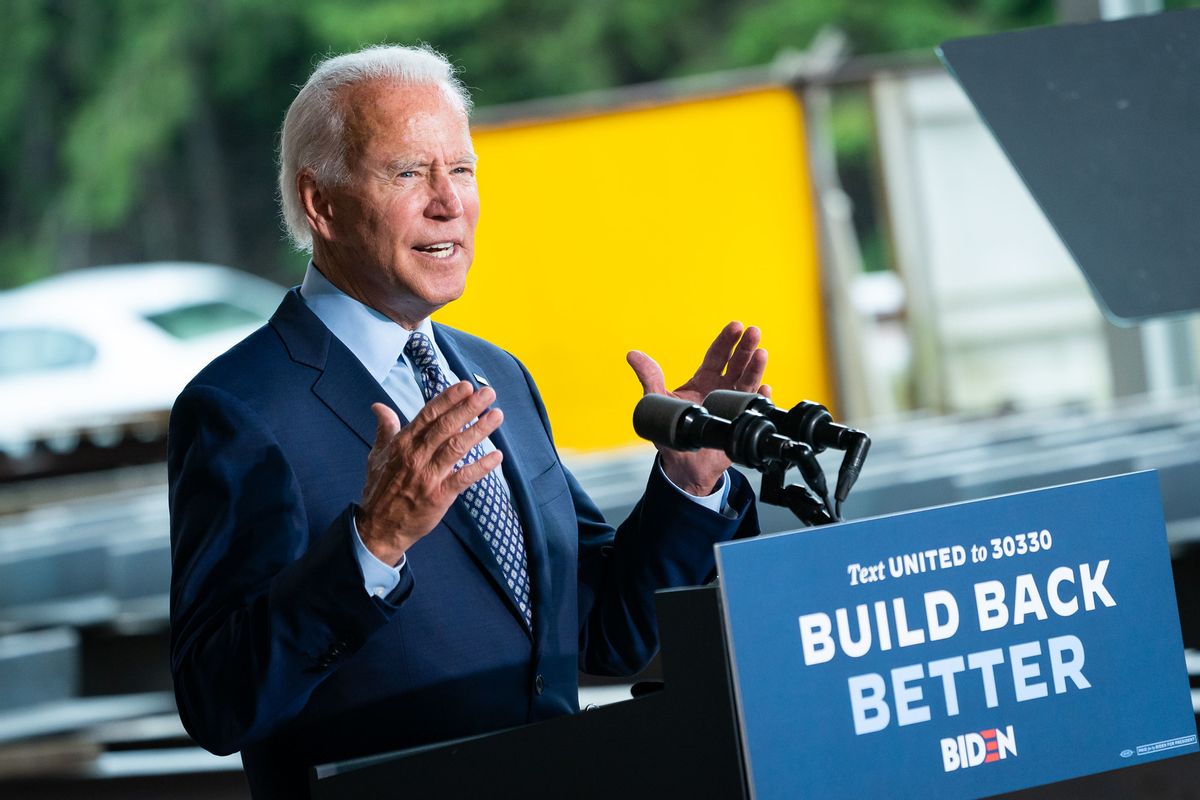 Throughout the 2020 presidential campaign, U.S. Democratic presidential nominee Joe Biden has frequently referred to his roots in Scranton, Pennsylvania. Some social media users questioned whether this was the same "Scranton" from the U.S. sitcom "The Office" (and whether Scranton was indeed a real American city). Meanwhile, Biden's political rival, U.S. President Donald Trump, accused Biden of exaggerating his connections to the small Pennsylvania city.

This topic came up once again during the final presidential debate of 2020. Twice during the debate, Biden mentioned his small-town roots while talking about middle-class families. Here are transcripts from these two moments:

Where I come from, in Scranton and Claymont, the people don't live off of the stock market.

This isn't about me. There's a reason why he's bringing up all this malarkey. There's a reason for it. He doesn't want to talk about the substantive issues. It's not about his family and my family. It's about your family, and your family's hurting badly. If you're making less than, if you're a middle class family, you're getting hurt badly right now. You're sitting at the kitchen table this morning deciding, well, we can't get new tires, they’re bald, because we have to wait another month. Or, so are we going to be able to pay the mortgage? Who's going to tell her, she can't go back to community college? They're the decisions you're making in the middle class families like I grew up in Scranton and Claymont. They're in trouble. We should be talking about your families but that's the last thing he wants to talk about.

Later in the debate, Trump disputed Biden's connections to Scranton:

And he doesn't come from Scranton. That's like, what -- he lived there for a short period of time before he even knew -- And he left. And the people of Pennsylvania will tell you that.

In the past, Trump has pushed an exaggerated version of this claim, saying that Biden "wasn't born here" in Scranton.

The president is wrong. Biden was born in Scranton, Pennsylvania. Here's a November 1942 newspaper clipping of Biden's birth announcement from The Tribune, a local Scranton newspaper:

For fans of "The Office," this is the same Scranton that serves as the home of the fictional paper company Dunder Mifflin.

Biden lived in Scranton until he was 10 years old. His father struggled to find work and eventually landed a job cleaning boilers in Wilmington, Delaware. Biden's father made the two-hour commute for a time, but in 1953 he moved the family to Claymont to be closer to work.

Though Scranton was sharing in the postwar economic boom, Joe Sr. had trouble finding steady work, and nothing that measured up to his previous success. For a time, he commuted to Wilmington to clean boilers for a heating and cooling company. In 1953, he moved the family there.

After a few years in a drab apartment in Claymont, Del., the Bidens moved to a nondescript split-level home on Wilson Road in Wilmington, where they stayed until the children were grown.

While the Bidens moved out of Scranton when he was 10 years old, the family maintained some connections to his hometown. In 1987, Jean Finnegan Biden, the former vice president's mother, told the Scrantonian Tribune, "Scranton's our hometown... we have fond memories of it." In 2008, Delaware's The News Journal published an article about Biden's hometown friends and his authentic connection to the city: 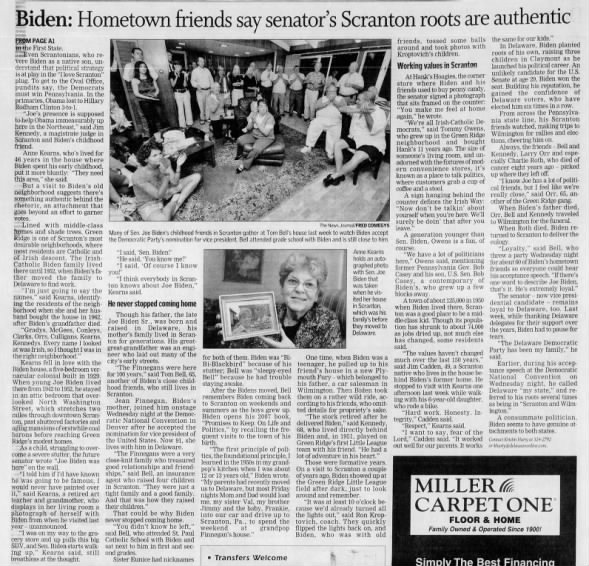 In an interview with GQ, Biden talked about his childhood in Scranton and noted that his family spent most holidays and summers visiting friends in Scranton until he was about 16 years old. Biden also said that a few of his friends from Scranton were in his wedding:

I go back [to Scranton] lot. For the last thirty-five years, any time Scranton needs something… I don't know how to say no to them. For real. I really don't. You know, it's still home. I moved outta there when I was 11 years old, but probably till I was 16, we spent every holiday up there. And almost every summer. And when I got married, to Neilia, my deceased wife, there were six, seven guys in the wedding and three of them were from Scranton.

In short: 2020 Democratic presidential candidate Joe Biden was born in Scranton, Pennsylvania, in November 1942. This is the same Scranton that is featured in the show "The Office." Biden lived in Scranton for about 10 years until his father moved the family a few hours away to Clayton after getting a job in Delaware.