Does This Video Show Biden Falling Asleep in an Interview? 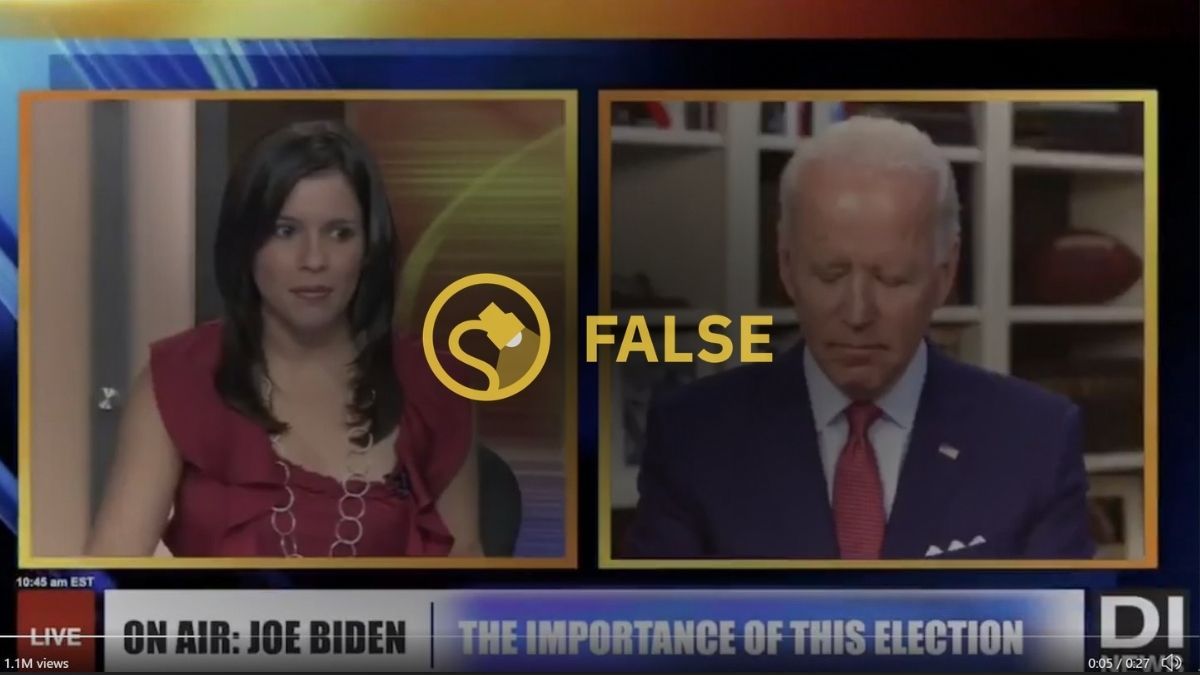 This was not a genuine video of Biden during a television interview.

This was a mashup combining a 2011 clip of singer Harry Belafonte and a misleading clip of Biden during the 2020 Democratic National Convention.

The video of Belafonte comes from an appearance the then-84-year-old singer made on KBAK, a California television station, in October 2011. After the video went viral, Belafonte's spokesperson released a statement blaming the singer's "nap" on a technical glitch. The spokesperson said that Belefonte's earpiece wasn't working and that the singer was meditating while the issue was being worked out:

"After weeks of literally hundreds of interviews promoting his HBO documentary, memoir and CD, Mr. Belafonte had an early morning satellite TV tour this past Friday. True to form, there was a technical glitch in the feed to a local station in Bakersfield, CA. His earpiece wasn’t working, so he decided to take the time to mediate before the rest of his Day-O. Mr. Belafonte is 84 years young, but sharper and more awake than most who have been interviewing him. Maybe the world would be a better place if more people took a moment to meditate.”

The clip of Biden comes from the 2020 Democratic National Convention. The manipulated footage appears to show Biden sleeping, but it's clear in the original footage that Biden was never actually asleep.

The segment used in the manipulated footage comes from the moment during the DNC in which former U.S. Secretary of State Hillary Clinton endorsed Biden for president. In the full video from C-SPAN, Biden can be seen momentarily looking downward, but it doesn't appear that he ever actually falls asleep.

The video shared by Scavino loops together a few seconds of footage from this video in which Biden either has his eyes closed or is looking downward and then plays it beneath unrelated audio of a person snoring.

Although Scavino did help spread this manipulated footage, he didn't create it. It appears that this video was created by Twitter user @damonimani. When @damonimani was asked if this video was real on Twitter, he replied that it was "technically" real: We're not sure how taking footage of someone who momentarily had their eyes closed, falsely claiming that they were sleeping, placing that footage into unrelated context, creating fake chyrons, adding a snoring sound effect, and then presenting the altered video as if it showed someone "taking a little nap" during a live TV interview could be considered a genuine reflection of reality, technically speaking.