Did Biden Post Pictures of His Dogs Biting a Trump Chew Toy?

Right-leaning observers responded with outrage at photographs of Champ and Major. 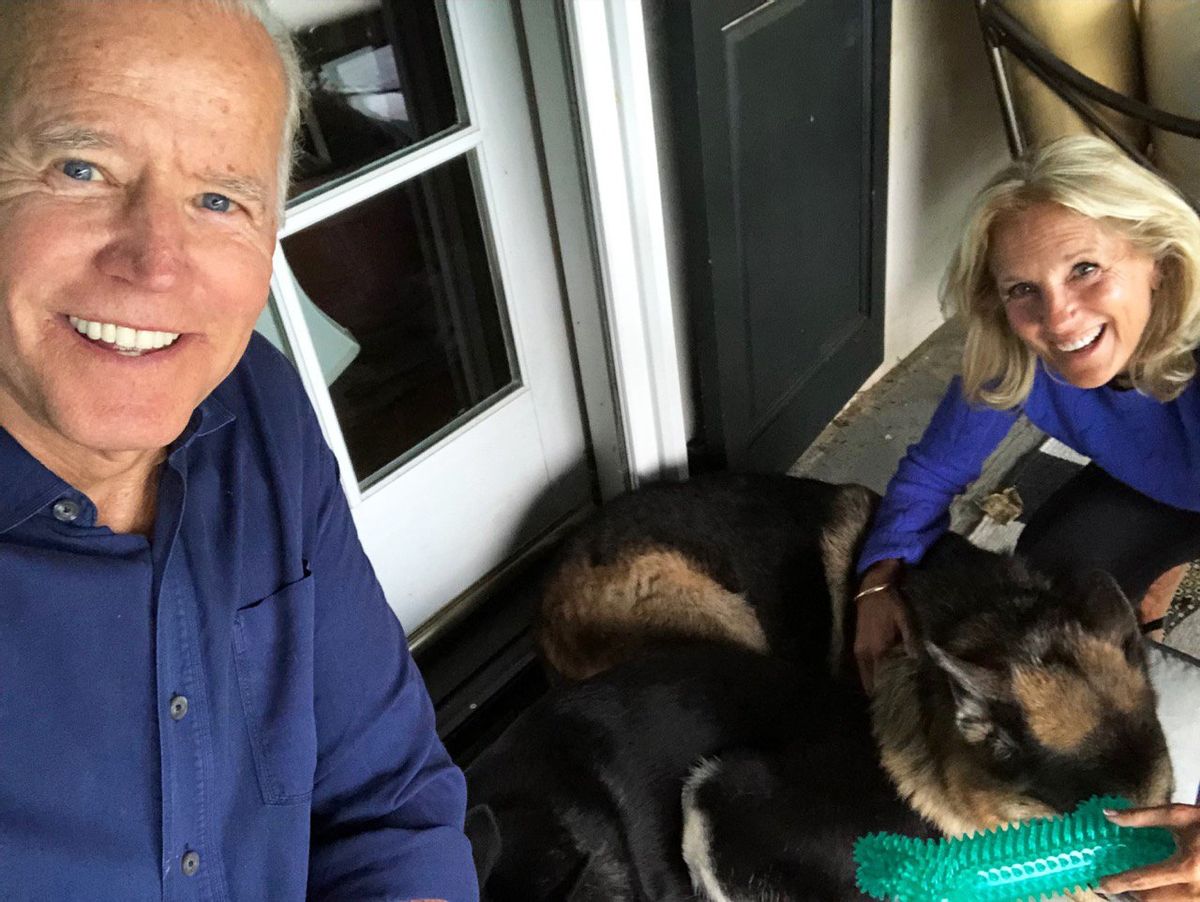 Claim:
In December 2020, President-elect Joe Biden, or an official social media account for his dogs Champ and Major, posted pictures of the dogs biting and playing with a "Donald Trump" chew toy.
Rating:

The photographs were authentic and showed Major and Champ playing with a Trump chew toy. The president-elect's granddaughter, Naomi Biden, posted them in July 2020 but later deleted them.

Biden himself did not post the photographs in December 2020, and neither did any official social media profile for Champ and Major, because no such official account existed at that time.

In December 2020, right-leaning commentators and websites highlighted what they claimed were photographs posted by President-elect Biden or his staff that showed Biden's dogs, Major and Champ, biting and playing with "Donald Trump" chew toys.

Joe Biden has an Instagram account for his dogs, and they just posted pictures of them using the President as chew toy. Unity and Healing! Posobiec's tweet formed the basis of a subsequent article published by the right-wing website The Post Millennial, which bore the headline "Biden Posts Pictures of His Dog Destroying a Trump Doll."

However, the photographs themselves were authentic, and did in fact show Champ, Major and Charlie — whose owner is the president-elect's granddaughter Naomi Biden — chewing on a novelty Trump dog toy. Naomi Biden posted the pictures online in July 2020 before later deleting them.

Awoooof! I hope you’ll enjoy these pics of me, Champ & Charlie First Grandpupper. @NaomiBiden took these during our #TugOfWar match. Champ was  the champion - some names are predestined. Just like winning, in a landslide, by a record number of votes. #ByeDon #YoureFired #DOTUS.

@first_dogs_usa and @TheOvalPawffice were just two of several social media profiles relating to the Bidens' dogs Champ and Major, which emerged after Biden's victory was projected in November 2020. Some of the accounts were clearly labelled as "unofficial" or "fan accounts", while others were not. They included: @firstdogsusa; @TheFirstDogs; @firstdogs46; @BidenChamp; @ChampBiden; @DoggOTUS; and @ChampMajorBiden.

None of those accounts was official. The Biden-Harris transition confirmed that, as of Dec. 14, neither Champ nor Major have any official social media presence.

However, the three photographs of Champ, Major and Charlie playing with a Trump chew toy were authentic. On July 16, 2020, Naomi Biden posted the pictures to Twitter, along with the caption: "Champ is short for Champion, but Charlie & Major played a good game": The tweet was still online on Nov. 10, but then deleted on an unknown date between then and Dec. 14. The Trump chew toy is authentic and produced by Fuzzu. A companion Biden chew toy is also available for purchase online.