Will Biden's Dog Get an ‘Indoguration’ Party?

Major Biden’s former shelter is celebrating the "first dog" with a virtual party. 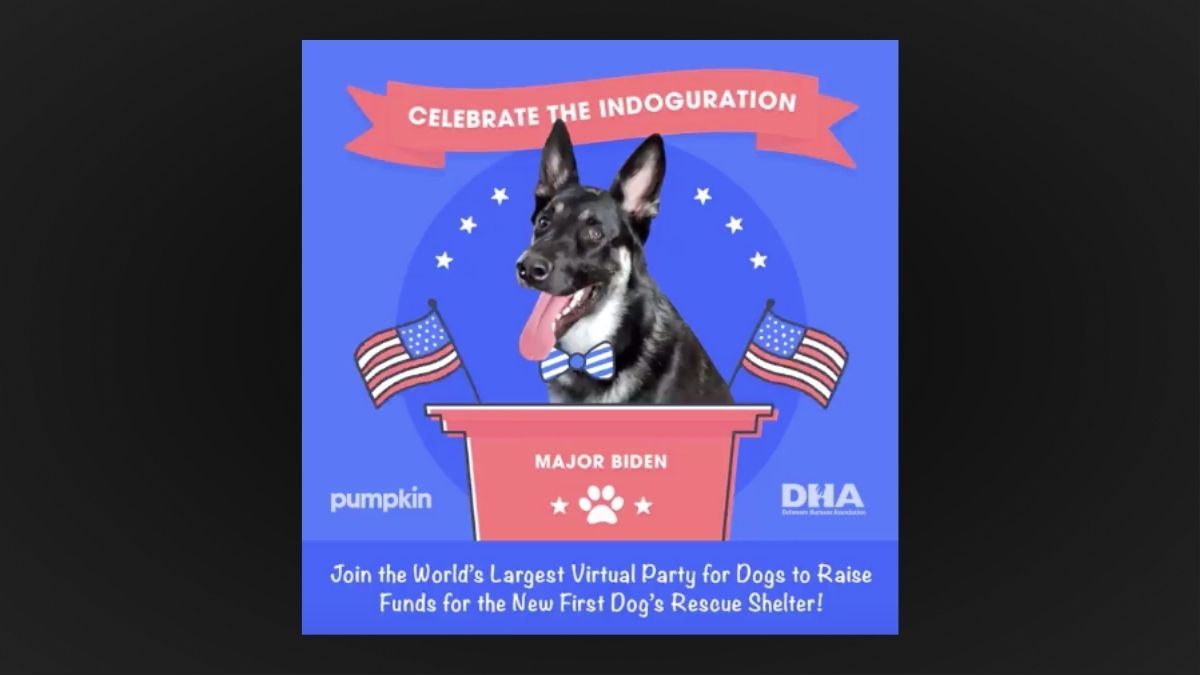 As U.S. President-elect Joe Biden is inaugurated on Jan. 20, 2021, another future White House occupant will get his own ceremony. Major, the Biden family's German shepherd and the first White House dog to be adopted from a shelter, will be celebrated at an “indoguration.”

Hosted by Major’s former shelter, the Delaware Humane Association (DHA), the event is a virtual Zoom party that aims to raise funds for the shelter so it can take care of more dogs.

Major was brought to the DHA when he was just a puppy after he had been exposed to something “toxic” in his previous home, putting his health in danger. After being fostered by the Bidens, Major was officially adopted in 2018.

Given that Major is undoubtedly a very good boy, and the party being hosted in his honor was publicized by his former shelter, we rate this claim as “True.”