Do Vice Presidents Not Have Authority To Declassify Documents?

The question surfaced after news broke that two batches of classified documents were found at President Joe Biden's Delaware home and former office. 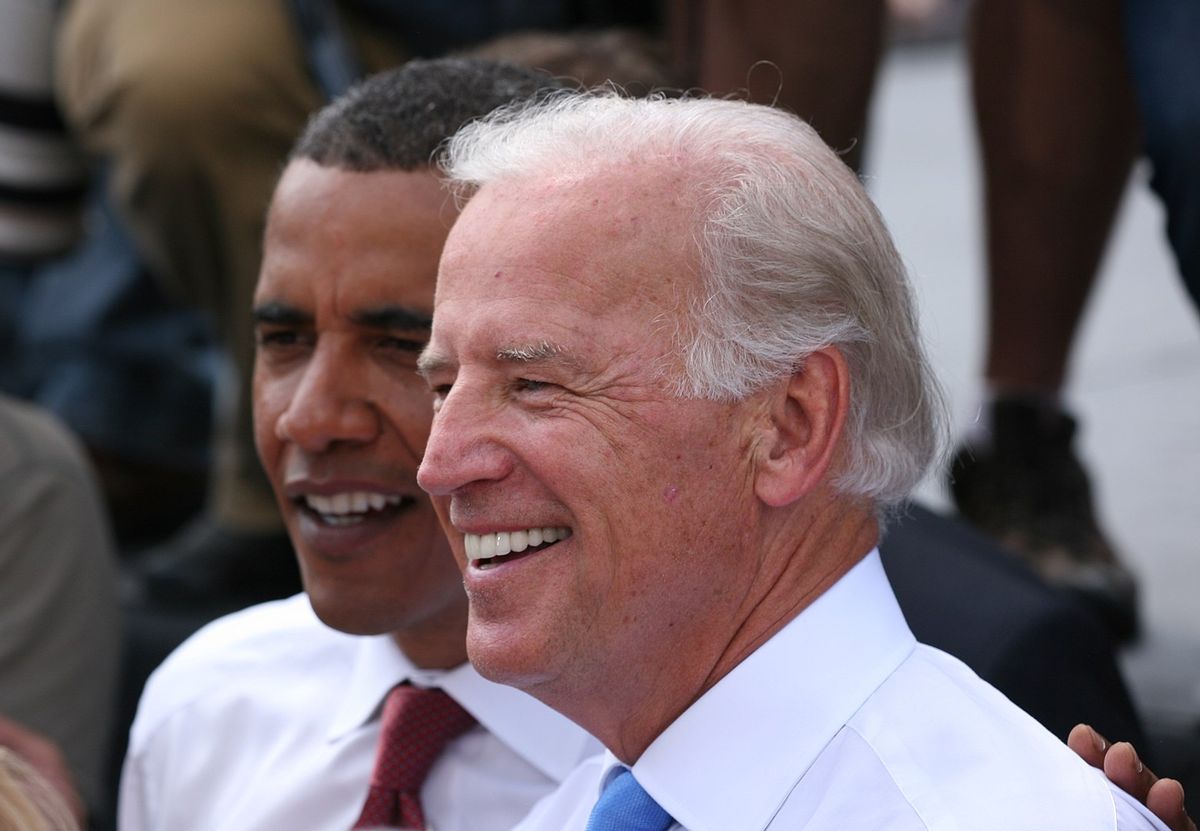 Under an Obama-era executive order that retained a Bush-era order, vice presidents have the authority to classify and declassify documents — just like presidents. There is some ambiguity about whether they have the power to order departments and agencies to declassify material deemed secret by those agencies, but the scope of this power has never been tested. One expert informed us that Vice Presidents rarely practice this authority. In January 2023, after news broke that federal documents pertaining to U.S. President Joe Biden's tenure as vice president were uncovered at his former office and Delaware home, critics pushed the erroneous notion that he didn't have the authority, while serving under Obama, to declassify those files. Nonetheless, the matter was irrelevant to the U.S. Department of Justice's review of Biden's handling of such files.

In January 2023, U.S. President Joe Biden faced scrutiny after news emerged that government classified files were found in a private office he used after serving as vice president in Barack Obama's administration, as well as in a storage container at his Delaware home. The reports came just months after the FBI raid of former President Donald Trump's Mar-a-Lago property to obtain hundreds of classified documents there.

Comparisons between the two cases ran rampant. Among the alleged differences, according to some social media users, was that Biden, in his position as vice president, did not have the authority to declassify government documents, while Trump, as president, did.

"[Trump] as President had the unlimited power to declassify whereas VP Biden didn't," journalist Glenn Greenwald tweeted, for example.

However, the claim that federal law does not give vice presidents the power to declassify government documents, and reserves that authority for presidents, is false.

Under a 2009 Obama-era executive order titled "Classified National Security Information" the vice president does have the power to declassify documents while they're in office. The order states: "The authority to classify information originally may be exercised only by: (1) the President and the Vice President [...]," as well as "agency heads and officials designated by the President."

It further elaborates on who has the authority to declassify:

(b)  Information shall be declassified or downgraded by:

(2)  the originator's current successor in function, if that individual has original classification authority;

(4)  officials delegated declassification authority in writing by the agency head or the senior agency official of the originating agency.

Before the 2009 executive order, vice presidents could only classify and declassify documents under certain conditions. In 2003, former President George W. Bush issued an order in which "the authority to classify information originally may be exercised only by: (1) the President and, in the performance of executive duties, the Vice President." Prior to that, the vice president only had classification authority "comparable to that of an agency head, having been delegated such authority in a 1995 presidential order," as explained by Steven Aftergood of the Federation of American Scientists.

As of January 2023, Tom Blanton, director of the independent nongovernmental organization the National Security Archive, confirmed with Snopes that the 2009 executive order was still in effect, and that the vice president was an "original classification authority" in the sense that the elected official could, while still in office, declassify any federal document, including ones that other people have designated classified.

He added that such a practice "has never been challenged to my knowledge."

We should note that there is some ambiguity in the executive orders. According to the New York Times, presidents are the highest level official with classifying authority but they "usually direct subordinates overseeing the agency with primary responsibility for that information to review the matter." On rare occasions do presidents declassify things directly.

Aftergood noted to the New York Times that the 2003 Bush-era order does not explicitly say whether vice presidents have supervisory authority over departments and agencies for the purpose of declassifying information that they had deemed secret. Bush was seen as deputizing Cheney to exercise the same powers as he had, even though vice presidents were not normally part of the chain of command. But according to Aftergood, the scope of a vice president's declassification power has never been definitively tested.

While it's true in Biden's case — that is, given that documents uncovered at his private office and Delaware home pertain to work during his vice presidency, he could have, while serving under Obama, declassified those files — that fact is irrelevant in terms of the U.S. Justice Department's review of the files and the circumstances under which they were kept. Rather, at the center of that effort, as well as the department's probe into documents uncovered at Trump's property, is the fact that such government files, classified or declassified, should not have been at their private properties in the first place. They should have been handed over to the National Archives instead, per federal law.

The New York Times stated, "While the [2009] executive order governing the classified information system gives vice presidents the same power to declassify secrets as presidents wield, Mr. Biden has not claimed he declassified the materials found in the Penn Biden Center closet," the location of the first batch of documents found. After the news broke about the first batch of discovered documents, Biden said he did not know what information the documents contained.

Blanton, of the National Security Archive, concurred: "I know of no suggestion that Biden had declassified any of what has been found."

Trump, however, has made the law governing who can classify, and declassify, documents part of his case. While defending himself for holding documents at Mar-a-Lago after his presidency, he said that, as president, he had the power to declassify everything that turned up in the FBI search. Furthermore, he claimed that he could declassify documents simply at will.

Trump was correct that presidents have the power to declassify documents. But experts pointed out to Politifact in 2022 that merely declaring a document declassified, or thinking that it is, does not make it so; federal law governing government documents requires presidents to follow certain steps to officially turn a classified file into a declassified one, which include physically modifying its markings.

Commenting on the documents uncovered at Trump's Mar-a-Lago property, a three-judge appellate panel of the Court of Appeals for the 11th Circuit noted in 2022 there was "no evidence that any of these records were declassified." And even if Trump had declassified the documents using the federally-mandated steps to do so, he was still bound by federal law that requires presidents to return all government documents — classified or unclassified — to the National Archives and Records Administration (NARA) when they leave office. Declassifying a document would not "render it personal," the court stated.

In sum, under an Obama-era executive order, vice presidents have the authority to classify and declassify documents — just like presidents. Nonetheless, that fact was irrelevant to the DOJ's 2023 investigation into documents discovered at a former office and home of Biden.