The moment was captured on video while the president and the first lady, Jill, were visiting the state of Florida in the aftermath of Hurricane Ian. 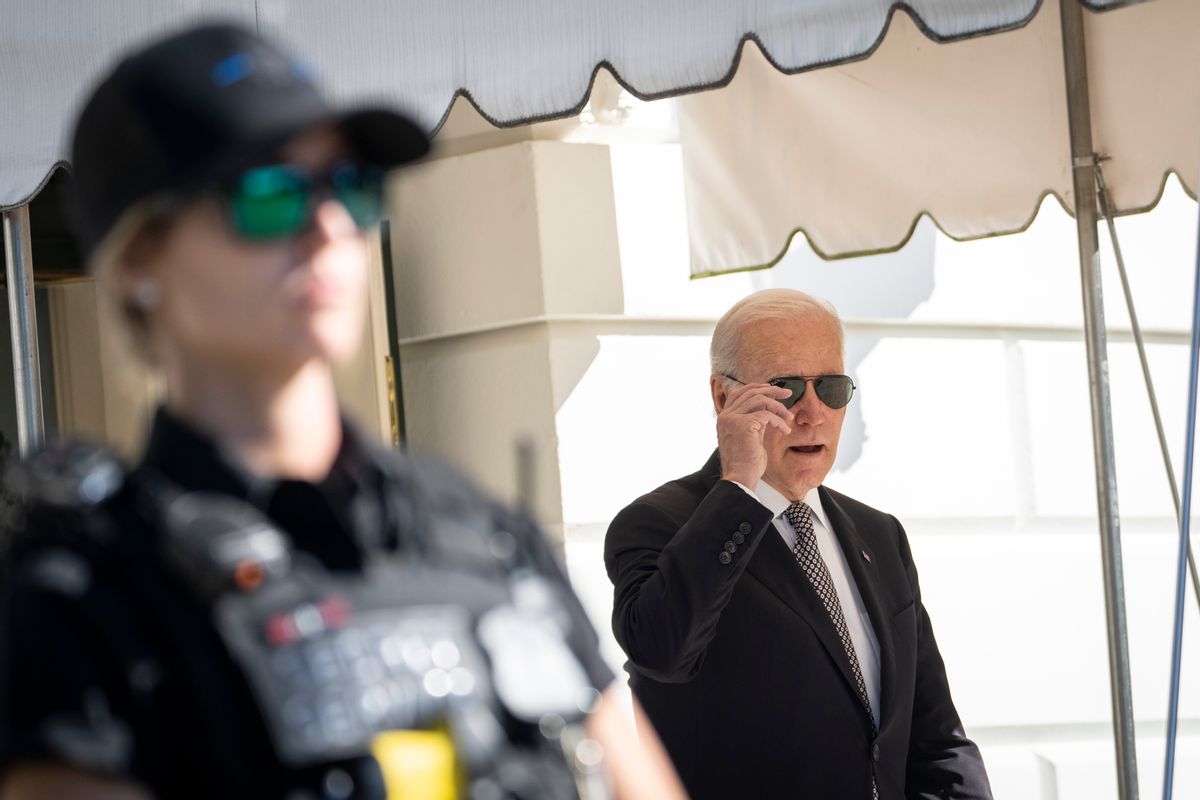 Claim:
U.S. President Joe Biden was recorded on a "hot mic" saying, "No one fucks with a Biden."
Rating:

On Oct. 5, 2022, U.S. President Joe Biden, a Democrat, was recorded on a "hot mic" saying, "No one fucks with a Biden." The moment came as the president and first lady, Jill, were visiting the city of Fort Myers, Florida, to survey part of the devastation left in the wake of Hurricane Ian.

The Associated Press published that the man Biden was speaking with was Fort Myers Beach Mayor Ray Murphy:

Biden resorted to profanity at one point, but only in an apparently jocular comment picked up by a microphone and causing much comment on social media.

As Fort Myers Beach Mayor Ray Murphy thanked Biden for coming, the president said at one point in the brief conversation, “No one f—— with a Biden,” and appeared to offer the mayor some advice.

Part of the exchange appeared to transpire like this, according to subtitles found in a video from Fox News combined with what The Associated Press reported:

Murphy: Thanks for everything. Thanks for coming down, we appreciate it.

Biden: And by the way, you were raised the same way I was.

Biden: No one fucks with a Biden.

According to the Washington Times, the video was originally recorded by "pro-Trump digital strategist Greg Price," who posted the clip on Twitter:

Also on site with the Bidens was Florida Gov. Ron DeSantis, a Republican. DeSantis is a potential challenger for the presidency in 2024, The Associated Press reported:

Biden praised DeSantis’ handling of the storm recovery as both men — who have battled over pandemic protocols and migration as the governor mulls a presidential bid — put aside politics for a few days. The state is struggling to recover from the wreckage of Hurricane Ian, which tore through southwestern Florida last week and left dozens dead.

“Today we have one job and only one job, and that’s to make sure the people in Florida get everything they need to fully, thoroughly recover,” Biden said in a community that bore the brunt of Ian’s assault. He warned that the rebuilding effort will take months or years.

“It’s going to take a hell of a long time, hopefully without any snags in the way,” he said as DeSantis stood behind him, hands folded as he squinted into the glaring sunlight. “Later, after the television cameras have moved on, we’re still going to be here with you.”