Presidents use notes, and international events are planned down to every tiny detail. Are these newsworthy revelations? 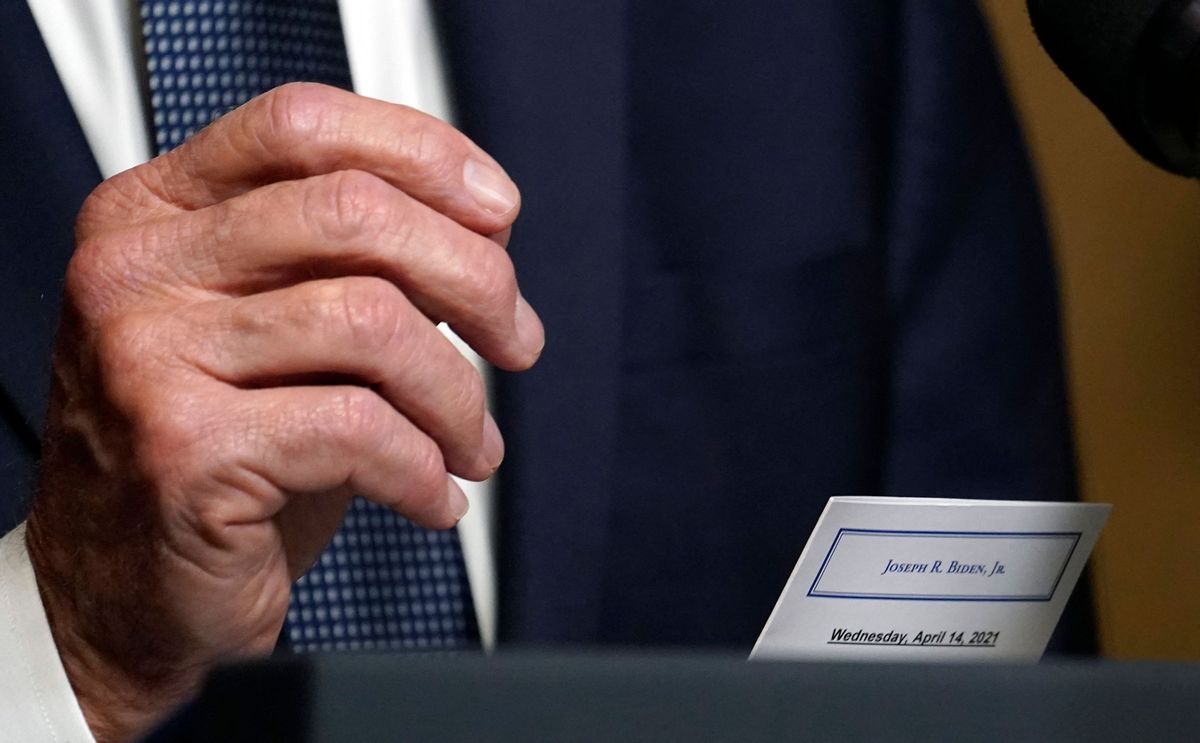 Claim:
U.S. President Joe Biden's use of "cheat sheets" or instructions at public events is an unusual practice.
Rating:

High-resolution photographs capturing notes used by U.S. President Joe Biden at public events have frequently formed the basis of political attacks against him. In the first two years of Biden's presidency, photographs of his notes were used on multiple occasions to suggest the president is unwell. 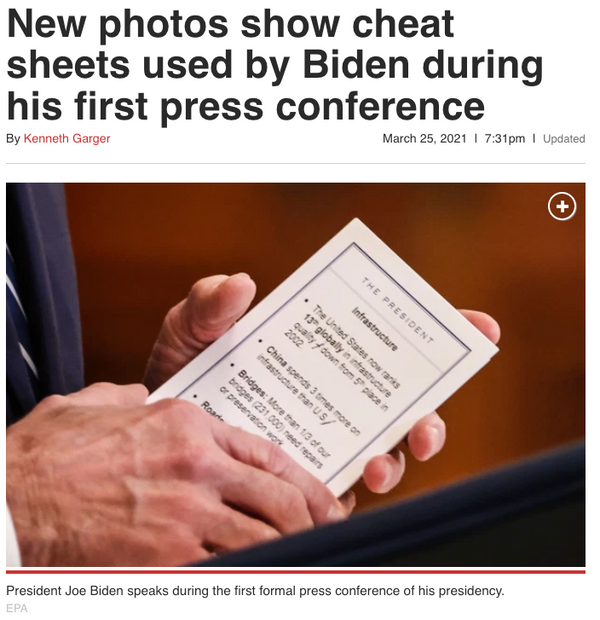 Following Biden's first news conference in March 2021, The New York Post and others reported on photographs taken of a bulleted list of talking points and another with pictures of reporters and their names. "New photos reveal several cheat sheets used by President Joe Biden," the Post reported, "including one with the headshots and names of reporters he planned to call on. The president also used notes to assist with facts about US infrastructure."

In June 2022, photographers snapped another "cheat sheet" used by Biden at a White House event with wind energy executives. The Post described the note as "a comically detailed cheat sheet prepared by his staff instructing the gaffe-prone leader of the free world to 'take YOUR seat' and to limit his remarks to '2 minutes.'" In that article, the Post noted that "Republicans often accuse the 79-year-old president of being in mental decline."

In November 2022, the Post again reported on photographed notes. "President Biden was once again spotted using a detailed 'cheat sheet' — this time at the G20 summit in Bali — instructing him where to sit, when to deliver remarks, and when to pose for photos." Here, too, the post insinuated a connection between these notes and cognitive decline. Underlying all of these claims is the assumption that the use of notes by presidents in public is unusual. This is demonstrably not the case. In fact, Biden's predecessor, Donald Trump, was frequently "caught" using "cheat sheets," as well.

The talking points highlighted during Biden's first news conference were allegedly problematic, the Post argued, because they were used, in part, to remind Biden of the names of people gathered in the room and of key talking points. This is a practice Trump has employed at public functions as well, and is in no way unusual.

For example, a photograph taken at a roundtable meeting in July 2020 before Trump signed an executive order, the Hispanic Prosperity Initiative, shows both a list of talking points, as well as a bulleted list identifying the names and basic information about the participants in a meeting: 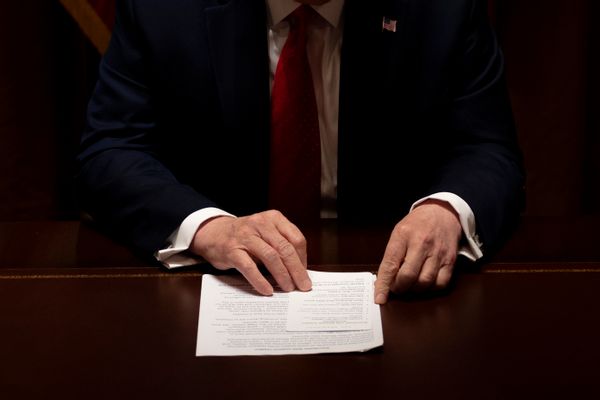 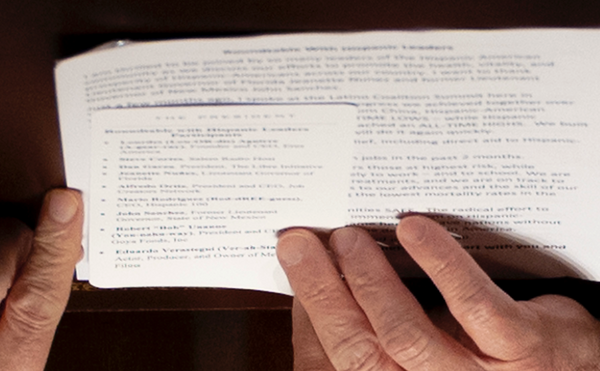 Another instance shows Trump employing a note card, prepared by the National Security Council, with responses to potential questions that might come up at a October 2019 news conference: 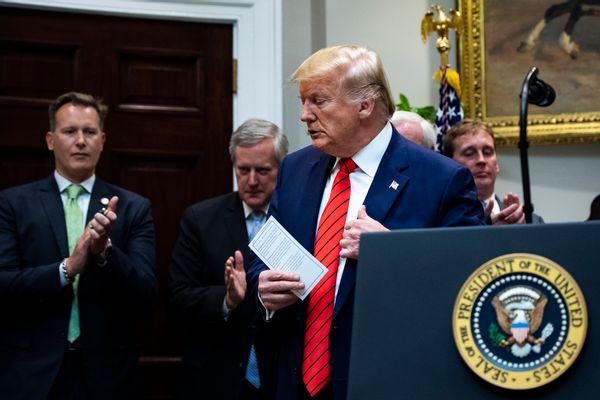 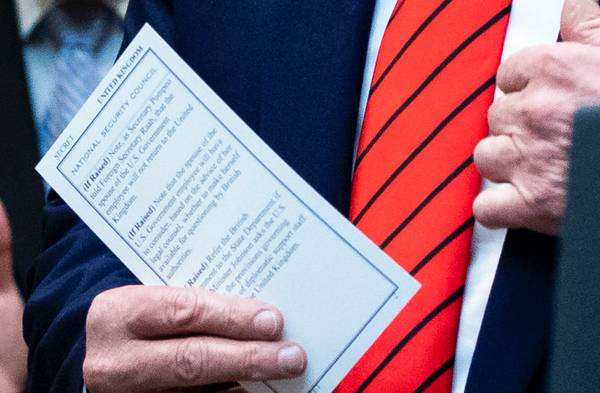 Similarly, Trump was photographed using a list of talking points at a November 2019 news conference in which he denied allegations of pressuring Ukraine to investigate Hunter Biden:

Negative coverage of other Biden "cheat sheets" highlighted by the Post centered on how detailed and specific the instructions were, with information on when to speak, where to sit, and for how long to speak.

This level of planning is typical of G20 summits, which are composed of photo ops and speaking engagements whose specific details have been carefully negotiated by staff for months beforehand. While each administration's staff may handle preparations for the president in different ways, the use of schedules that tell you where to sit and when to speak and for how long are not uncommon at large meetings of world leaders or other executives.

The assertion that Biden's notes are unique because they are telling him "how to act" — a misleading way to describe a play-by-play itinerary for a presidential appearance — is additionally problematic in comparison to Trump.

Biden's predecessor was also accused of using notes that told him, in effect, how to act. Trump, in February 2018, was criticized after a note used by Trump at a meeting with victims of school shootings was photographed showing what appeared to be reminders on how to express empathy: 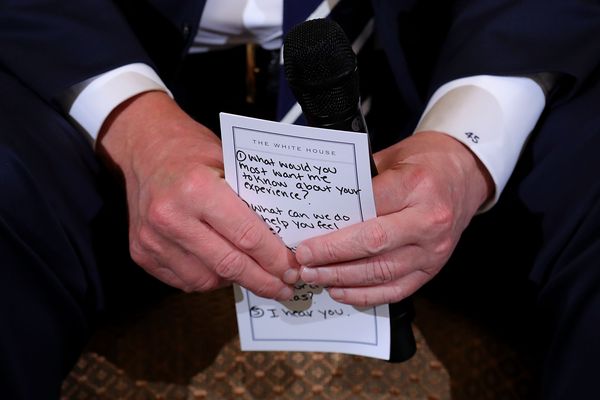 The specific way in which White House staff prepare for public events differs from president to president, but the use of written notes and other guides by presidents during such events is not unusual. As such, claims that they are evidence of unusual activity by Biden and his staff are "False."