The "Sleepy Joe" nickname made a comeback thanks to a viral video. 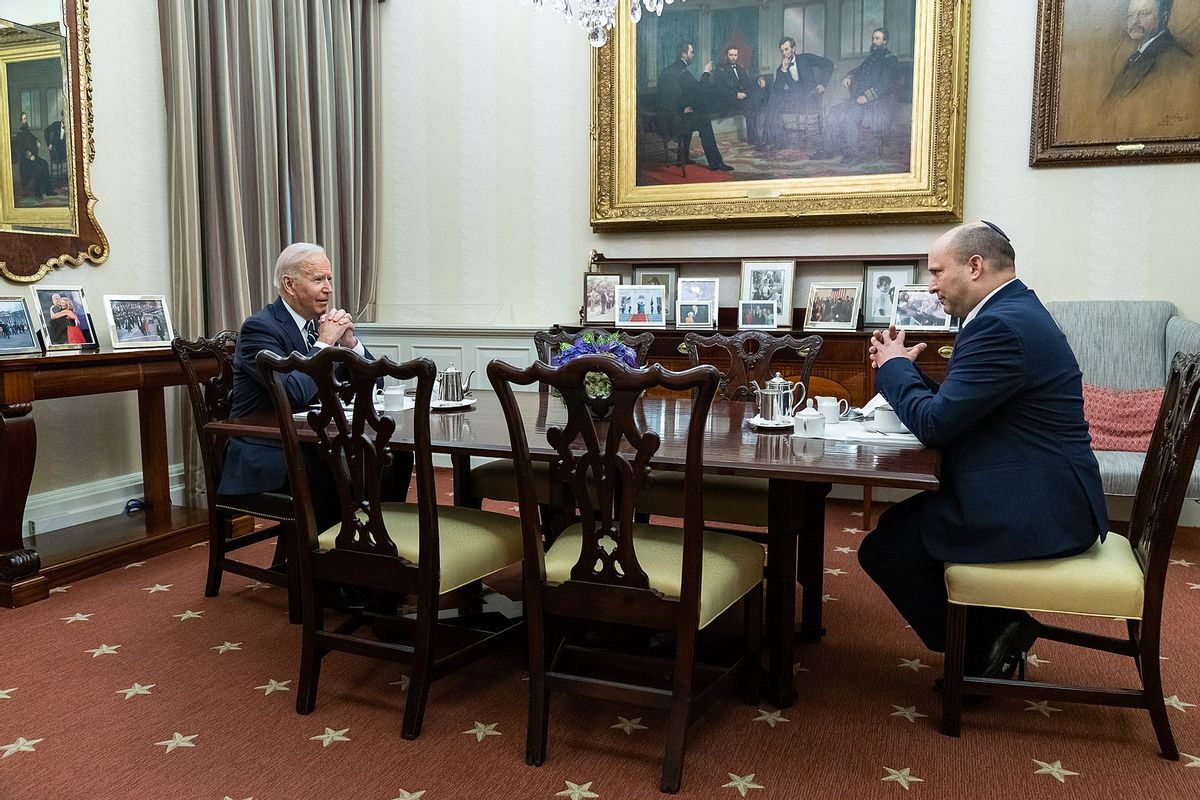 The “Sleepy Joe” moniker made a comeback on the internet in late August 2021, after videos went viral of U.S. President Joe Biden purportedly falling asleep during a meeting. Biden was meeting with Israeli Prime Minister Naftali Bennett on Aug. 27, 2021, and soon after numerous outlets claimed that he was nodding off as Bennett was speaking.

Iranian news outlets claimed to have caught Biden “napping” in a video with Bennett. A BBC journalist reported that Iran’s Fars News Agency stated, "Having noticed that Biden is napping... Bennett shifted his attention to the cameras.” Others said Biden appeared to “doze off.”

In the foreshortened clip being shared on social media, Biden’s eyes appear closed, and his head is tilted down as if he might be sleeping, for some 20 seconds. In the full clip, he can be seen engaging with Bennett immediately before and after lowering his head.

In the full video of the interaction, which can be seen here on C-SPAN at around the 12:46 mark, after Bennett is done speaking, Biden looks up and says, “Well, thank you [...].” The clearly edited videos that are circulating on social media misrepresent what was occurring in that meeting.

The meeting took place between Biden and Bennett at the White House to discuss U.S.-Israeli relations and Iran’s nuclear program. The meeting had been delayed by a day due to the deadly bombing at Kabul airport which led to the deaths of around 90 Afghan civilians. Biden stated that the meeting was meant to show “an unshakable partnership between our two nations.”

Given that the video has clearly been cut to misrepresent Biden’s actions in that particular moment, we rate this claim as “False.”

Another doctored video purporting to show Biden falling asleep during a public appearance went viral and was fact-checked by Snopes almost exactly one year before this one.