Did Biden Say AR-15 Bullet Travels 5 Times Faster than Bullet of Any Other Gun?

The president made the remark while laying out his Safer America Plan in Pennsylvania. 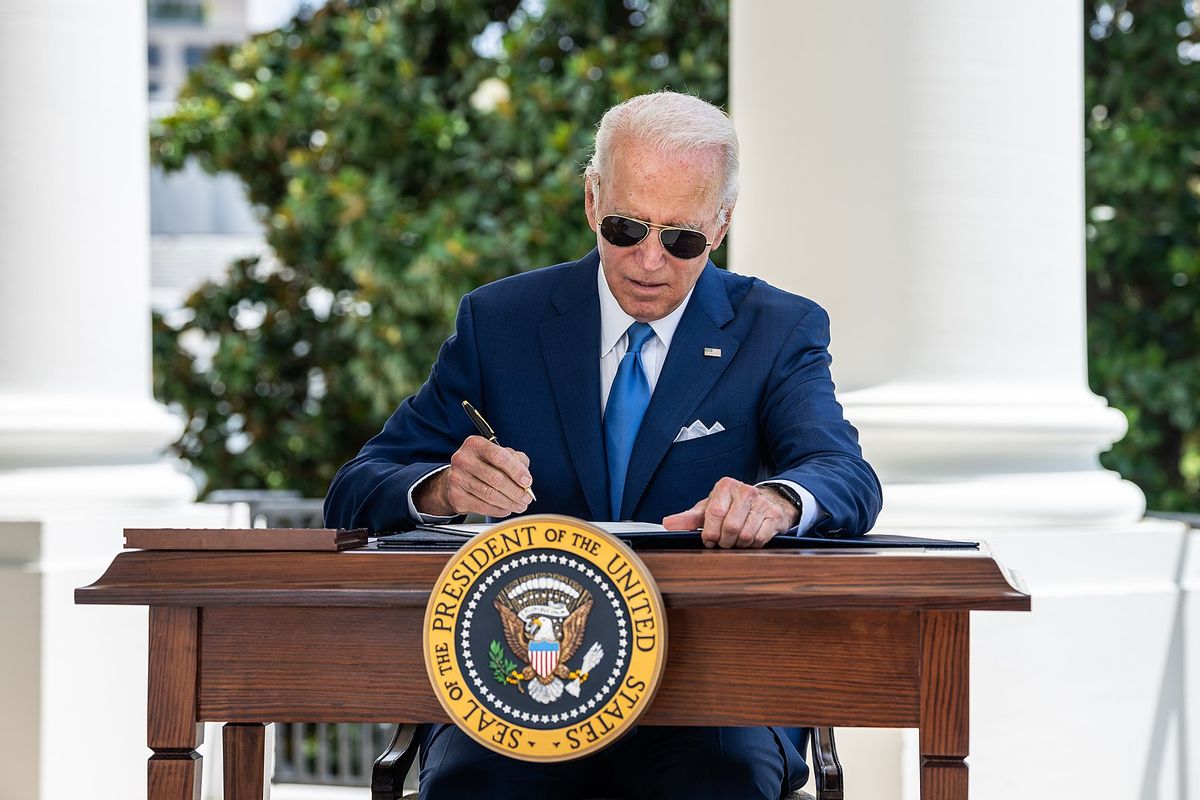 Claim:
U.S. President Joe Biden said, “Do you realize the bullet out of an AR-15 travels five times as rapidly as a bullet shot out of any other gun... ?”
Rating:

The president's claim is incorrect, and generalizes the varying speeds of bullets fired from different kinds of guns. However, the AR-15 is still an especially lethal weapon and has been used to murder hundreds of people in mass shootings in the United States.

Over the course of the speech at an event in Wilkes-Barre, Pennsylvania, he made the following claim: “Do you realize the bullet out of an AR-15 travels five times as rapidly as a bullet shot out of any other gun, five times... ?”

Biden was making a point about the dangerous nature of weapons like the AR-15 after visiting Uvalde, Texas. In May 2022, a shooter killed 19 children and two adults at Robb Elementary School in Uvalde. Commenting on the tragedy at the August event, Biden said, “When I was recently in Uvalde — I almost hesitate to say this, with some of the kids in here — you know what some of the parents had to do?  Supply DNA.  Supply DNA.  Because AR-15s just rips the body apart.  Could not identify — could not identify the body.  And a 20-year-old kid can walk in and buy one?  DNA to say, 'That’s my baby.'  What the hell is the matter with us?”

Biden did indeed make the statement about bullet speed, but how true is his claim? The gunman at Robb Elementary used an AR-15, a weapon originally designed for use in war. According to The Trace, a nonprofit newsroom that reports on gun violence, the AR-15 semi-automatic rifle commonly uses a .223 projectile, which, when exiting the barrel of a gun, “flies at more than 3,200 feet per second, and is still going 1,660 feet per second after traveling 500 yards.”

However, it doesn't travel five times more rapidly than any other gun. For one comparison, bullet from the muzzle of a 9mm handgun travels at around 1,140 feet per second according to a 2020 paper on “‘Assault Weapon’ Lethality” in the Tennessee Law Review by E. Gregory Wallace, a professor at the Campbell School of Law. The velocities of the bullets from these two guns vary, but by this data, the bullet from an AR-15 travels roughly three times faster, not five times faster, than that of a 9mm handgun.

The AR-15 bullet also does not travel faster than bullets from any other type of gun. The .220 Swift is considered the “fastest commercial rifle cartridge” in the world, according to Outdoor Life magazine, pushing a 48-grain bullet out at 4,100 feet per second. The National Rifle Association (NRA) does not list the .220 Swift as one of the cartridges that could normally be used in an AR-15.

In addition to bullet velocity, the AR-15's rate of fire -- how quickly rounds can be successively fired from the weapon -- are also a consideration. One particular model would be capable of firing 45 rounds per minute. Some AR-15s could fire 60 rounds per minute without a bump stock. A bump stock can enhance the rate of fire according to the New York Times as it "replaces a rifle’s standard stock, which is the part held against the shoulder. It frees the weapon to slide back and forth rapidly, harnessing the energy from the kickback shooters feel when the weapon fires." Comparing this data to other semi-automatic weapons is difficult, as they range widely. But according to Wallace, the AR-15's rate of fire is in the same range as other firearms in the same category.

As to bullet speed, Wallace told the Washington Post in an email: "Muzzle velocity is determined by several factors, including bullet size and weight and barrel length, but generally .223 or 5.56 rounds typically fired from AR-15s have a velocities in the high 2000s to low 3000s feet per second (fps). Handguns, on the other hand, fire rounds at slower velocities, with 9mm rounds in the 1000-1100 fps range and .45 caliber rounds in the 900-1000 fps range. Centerfire rifles rounds (e.g., not .22 caliber rifles) typically have higher velocities than handguns.”

He added that the "[...] larger point [Biden] seems to be making about AR-15s is that they are more lethal or dangerous than ‘all other guns’ because of their high velocity rounds. […] Considering all relevant factors, including velocity, the AR-15 is more lethal than some firearms, but less lethal than others."

The Washington Post reached out to the White House, which pointed to earlier statements by Biden as being more accurate. On July 11, 2022, Biden said, "The most common rounds fired from an AR-15 move almost twice as fast as that from a handgun,” which according to Wallace's parameters understated the case slightly.

But the overall point remains, that the AR-15 is lethal and has been used in numerous mass shootings in the United States over the years. Arguments about the velocity of the bullet miss the point that this weapon has also been used to murder hundreds of people since 2007.

Biden did make the erroneous claim about the speed of an AR-15 bullet, though earlier statements he made on the same subject were closer to accurate. We rate this claim a “Correct Attribution.”

“Remarks by President Biden at an Event Commemorating the Passage of the Safer Communities Act.” The White House, 11 July 2022, https://www.whitehouse.gov/briefing-room/speeches-remarks/2022/07/11/remarks-by-president-biden-at-an-event-commemorating-the-passage-of-the-safer-communities-act/. Accessed 2 Sept. 2022.

2 Sept. 2022: Updated with Washington Post analysis with statement from White House and additional comments from Wallace.