Do 1 in 3 Biden Appointees Have an Immigrant Background?

The 46th U.S. president has made a point of achieving demographic diversity and representation in the Biden-Harris administration. 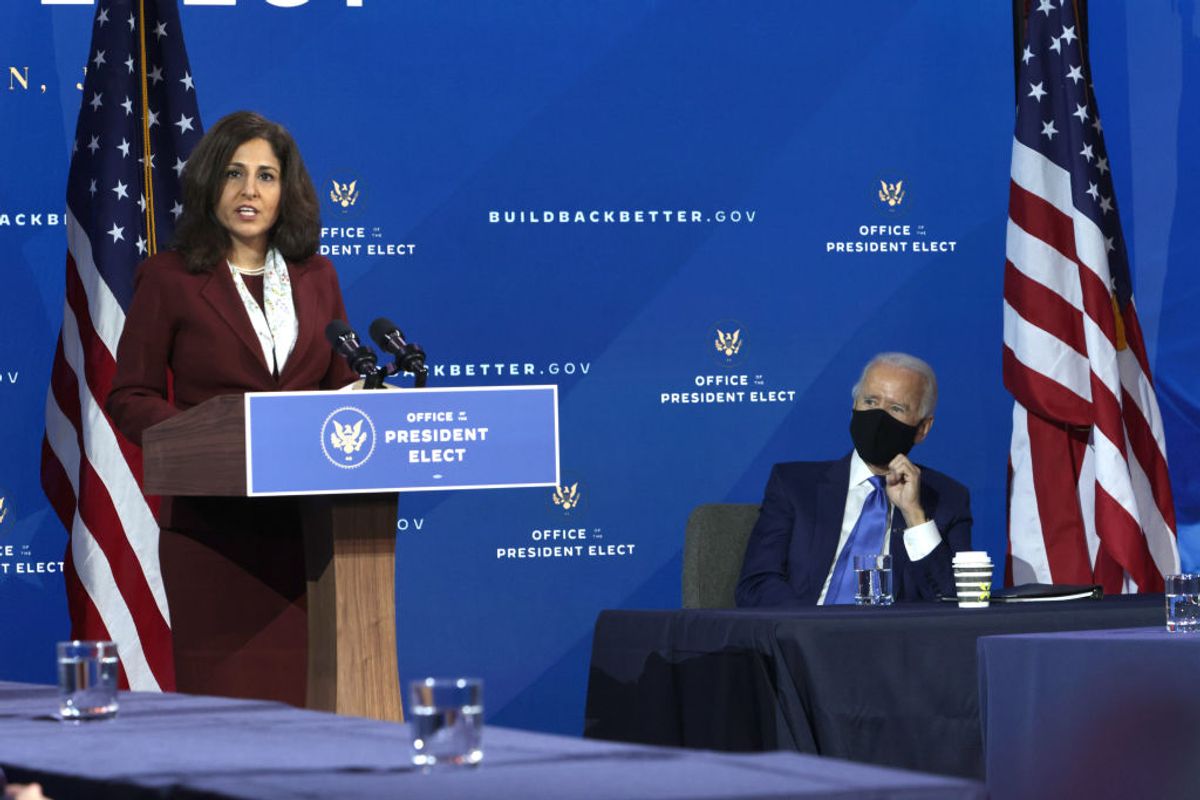 In January 2021, as U.S. President Joe Biden and Vice President Kamala Harris began in earnest the task of governing, attention turned to the make-up of their prospective administration. According to several analyses, the incoming cabinet, if confirmed by the U.S. Senate, would contain an unprecedentedly high level of demographic diversity, featuring the most women and greatest number of people from ethnic and racial minorities in history.

On Inauguration Day, one of Biden's appointees — Deputy Director of the White House Presidential Personnel Office Gautam Raghavan — claimed that the fully one-third of the president's appointees were either immigrants or children of immigrants, writing:

On Day One of the Biden-Harris administration, 1 in 3 incoming appointees is an immigrant or a child of immigrants. If Raghavan's figures were correct, it would mean that, in terms of immigrant representation, Biden's appointees would closely resemble the country itself, especially since the proportion of first- and second-generation immigrants has been steadily rising in recent years, and thus could be expected to have gone above 26.4%, and therefore closer to one in three, by 2021.

We asked the White House for details on the basis of Raghavan's claim, but unfortunately, we did not receive a response.

The president typically appoints nearly 2,000 administration officials, with more than 1,000 of them requiring Senate confirmation. It's not clear how many officials Biden had so far appointed, nor what their names were — all information we requested from the White House in order to verify Raghavan's claim but to no avail.

Without knowing which appointees Raghavan had in mind when he made his claim, and without an official list, we simply can't reach a definitive determination on the accuracy of his intriguing claim. As a result, we are issuing a rating of "Unproven." If we receive relevant details that allow us to conduct a proper analysis, we will update this fact check accordingly.

In the meantime, the following is a breakdown of the immigrant status of 33 of the most senior and prominent officials appointed by Biden, including cabinet secretaries, as well Raghavan himself, because information on his appointment was readily available.

In all, three out of the 33 individuals are first-generation immigrants:

Tom Vilsack, the former governor of Iowa and Biden's pick for Agriculture secretary, was adopted at birth in Pittsburgh, Pennsylvania, and said in a 2016 interview that his biological mother was "probably Irish." If that's true, he may be another second-generation immigrant appointed by Biden. Since it wasn't possible to corroborate that detail, we're not including him in the list.

Miguel Cardona, Connecticut commissioner of education and Biden's choice for Education secretary, was born in the U.S. to parents who moved from Puerto Rico to Connecticut before his birth. Though they were born outside the United States, in an unincorporated U.S. territory, they were, like all residents of Puerto Rico, American citizens, so we are not including Cardona in the list either.

Of the remaining 23 top-level appointees, we were able to confirm that nine were neither first- nor second-generation immigrants. We were also able to confirm that a further 14 appointees were born in the U.S., but precise details of their parents' birthplaces were not readily available (however, their parents were in most cases very likely to have also been born in the U.S.) A full list is available here.