The Democratic presidential candidate referenced the number of Americans who have died from COVID-19, not the country itself. 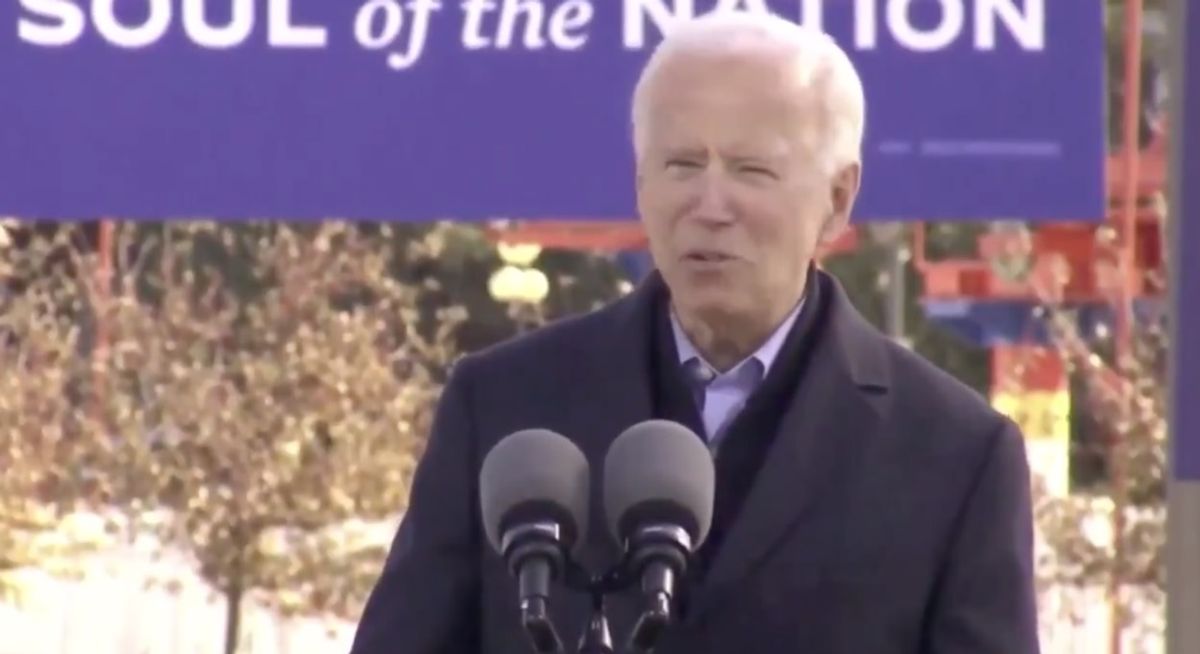 Claim:
During a speech in Iowa, Joe Biden proclaimed that 'America is dead."
Rating:

In the closing days of the 2020 U.S. presidential campaign, Joe Biden made a swing through Iowa and spoke in its capital city of Des Moines. According to at least one right-leaning blog, during that campaign appearance Biden gloomily proclaimed that "America is dead":

Joe Biden actually told his audience today in Iowa that “America is dead” because of COVID-19.

Wow. Biden really knows how to inspire voters to come out to the polls. Did he pull up in a hearse to his campaign rally?

Gotta love the Trump supporters in the background honking horns during his rally. Biden says “keep your sense of optimism”, and then less than a minute later “America is dead”. Geez. Joe ‘Eeyore’ Biden.

However, the video clip proffered in that blog entry didn't capture Biden stating that "America is dead." Rather, it showed that while imploring his audience to "keep your sense of empowerment" and "keep your sense of optimism," Biden acknowledged how difficult it was to remain optimistic in the fact of the COVID-19 pandemic, and in doing so he referenced the number of "Americans dead" (not "America is dead") due the coronavirus:


Here is a transcript of what Biden actually said: