Is This a Photograph of Biden with Tara Reade?

Tara Reade, who worked as an assistant helping manage interns for Biden's Senate office in 1993, has made an allegation of sexual assault against the former vice president. 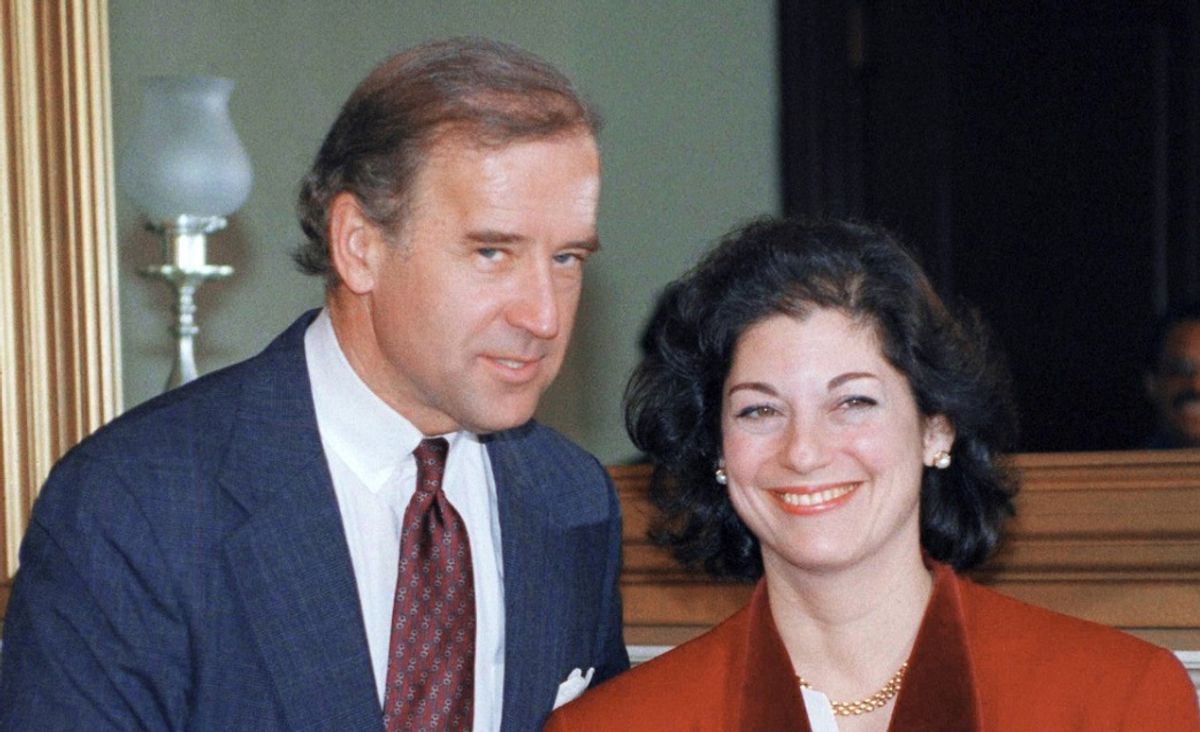 Claim:
A photograph shows Joe Biden with Tara Reade, a woman Biden claims he "never met" who has accused him of sexual assault.
Rating:

In April and May of 2020, whatever portion of the news cycle was not taken up by the COVID-19 pandemic and President Donald Trump's handling of it focused on an accusation made by Tara Reade against presumptive Democratic presidential Joe Biden. Reade, who worked as a junior staffer in Biden's office in 1993 (while Biden was a senator representing Delaware in the U.S. Congress), claimed in 2019 that back in 1993 Biden had touched her shoulders and neck in a way that made her feel uncomfortable, and then in 2020 claimed that Biden in fact had sexually assaulted her. Biden has unequivocally maintained that the alleged incident "never happened."

Some social media postings from May 2020 presented a photograph of Biden with a woman and suggested that the pictured woman was Tara Reade, someone whom Biden supposedly asserted he had never met: Such posts were wrong on two fronts. First, Biden has not maintained that he "never met" Reade, who worked as a staff assistant in his Senate office from December 1992 to August 1993 (and it's unclear whether he has even averred that he "doesn't remember" Reade). Second, and more important, although this photograph dates from the correct time period (i.e., January 1993) to potentially be a picture of Biden with Tara Reade, it is actually a photograph of Biden posing with Zoë Baird, who had then just been nominated for the position of U.S. Attorney General by President Bill Clinton.

(Baird never served as Attorney General, as she withdrew her name from consideration when it was learned that she and her husband had hired undocumented Peruvian immigrants for work in their household.)