Yes, Biden Said 350M Americans Have Been Vaccinated Against COVID-19

The White House later clarified he meant 350 million vaccine doses had been administered. 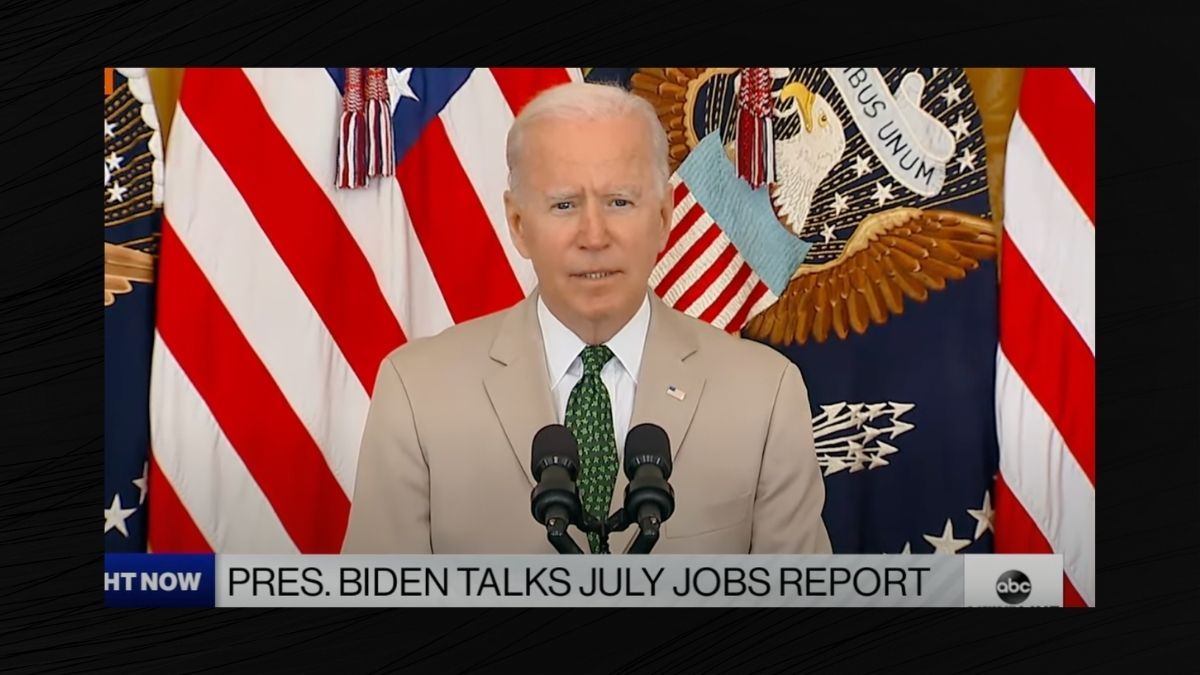 Claim:
During remarks at the White House, U.S. President Joe Biden mistakenly said 350 million Americans — more than the current population of the United States — had been vaccinated.
Rating:

On Aug. 6, 2021, during a speech by U.S. President Joe Biden in which he touted the July 2021 U.S. jobs report, stating that 943,000 jobs had been added in July, he also claimed that 350 million Americans had been vaccinated against COVID-19 — a number that is greater than the U.S. population, which is roughly 330 million. The error was highlighted by conservative media.

The White House followed up by clarifying that Biden meant 350 million vaccine doses had been administered, as reported by CBS News:

The slip-up was also clarified in the White House transcript of Biden's remarks, which shows he made the error twice. Here's one instance, from the transcript (White House correction is in brackets):

"I said well over — what’s the number again? I have to remind myself — 350 million Americans have already been vaccinated [doses have been administered]. They’re doing fine."

It is true that as of Aug. 6, roughly 350 million vaccine doses have been given, and about half of the U.S. population has been fully vaccinated, according to date from the Centers for Disease Control and Prevention (CDC).

Biden's speech can be viewed here: