Did Betsy DeVos Tweet 'It's Is My Favorite Country' About America?

In response to a hashtag asking Twitter users to describe the United States in three words, a parody account for the Secretary of Education described it in five. 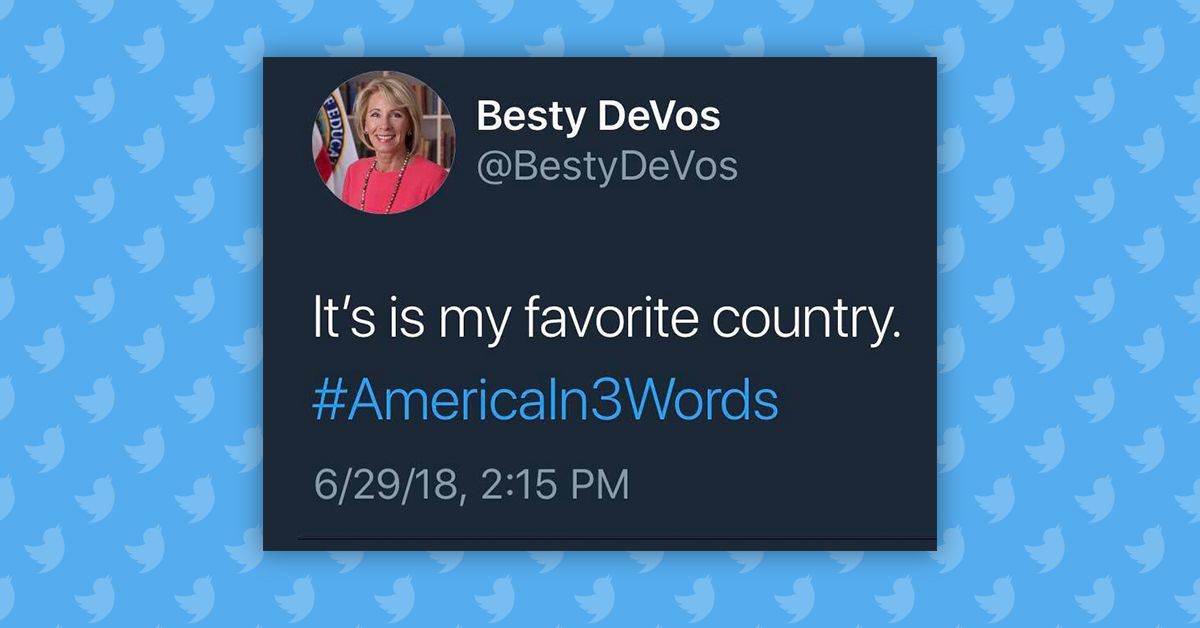 On 29 June 2018, a parody Twitter account devoted to U.S. Secretary of Education Betsy DeVos responded to a Twitter hashtag asking social media users to come up with three-word descriptions of the United States of America:

It’s is my favorite country. #AmericaIn3Words The "Besty DeVos" account also posts a stream of tweets that are clearly satirical in nature:

I will NOT resign! I payed good money for this job. -b

It very discusting to use the word SCOTUS the singular form of SCROTUM. -b

Implementing a Space Force is a necessary step in order to defend are selves from Space Bears.

DeVos was a controversial pick for her position as the head of the U.S. Department of Education and was criticized by some opponents as being "unprepared and unqualified" to serve as the nation's top educator.

The humorous tweet shown here inevitably took in some Twitter users, who read it as a sign that the current education secretary is herself uneducated. One viewer responded, for example: "That’s five words, Betsy. Can’t even get that right."