Is Bernie Sanders the Only Presidential Candidate to Pay His Interns? 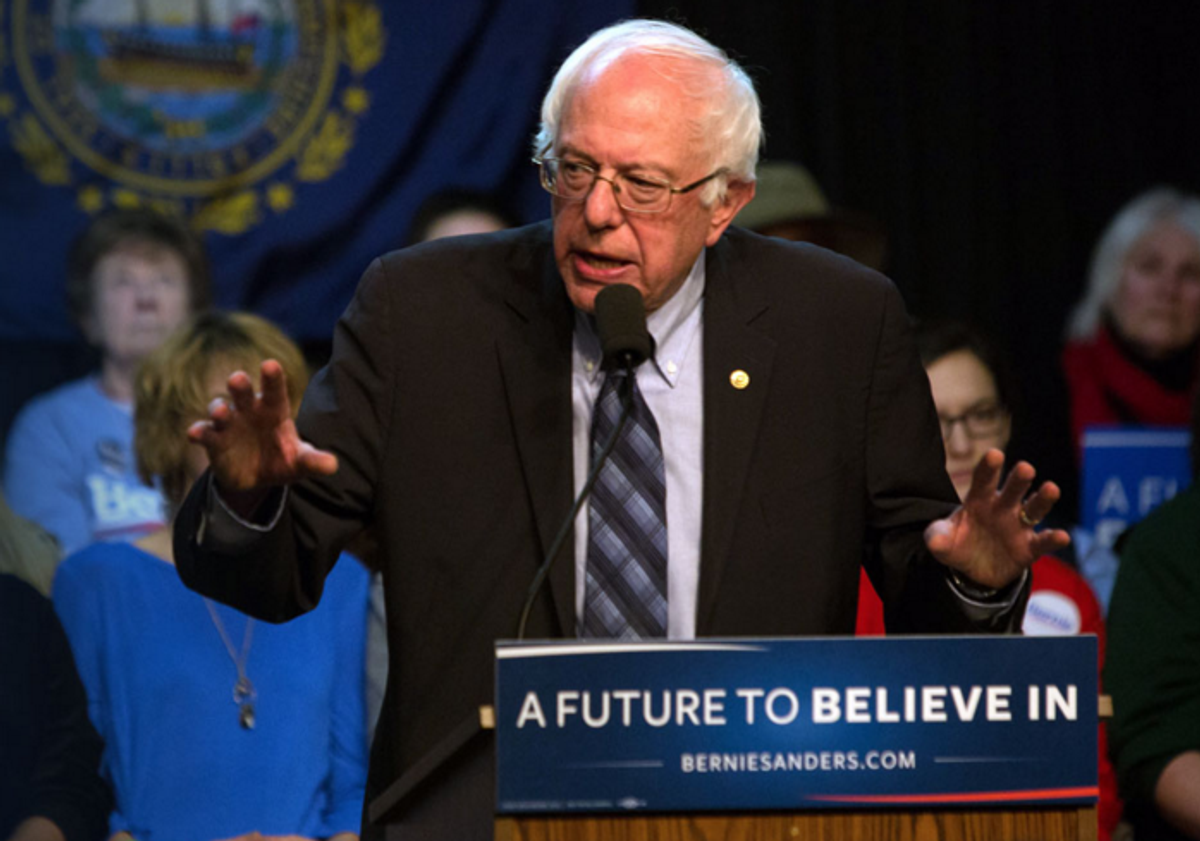 Claim:
Bernie Sanders is one of the few 2016 presidential candidates (if not the only one) to pay his campaign interns.
Rating:

This image was likely inspired by a December 2015 Washington Post article which reported that Sanders was the only one of 16 presidential candidates (in any party) currently paying his campaign interns:

In August, Democratic front-runner Hillary Clinton tweeted an application for unpaid interns, requiring a résumé and two letters of reference. Just a few days later, she was posting about the student debt crisis.

On the Republican side, former Florida governor Jeb Bush has called the opportunity gap "the defining issue of our time," and Sen. Marco Rubio (R-Fla.) has railed against "upward-mobility stagnation." Like Clinton, both of them have proposals to reduce student debt. Even retired neurosurgeon Ben Carson wants public universities to pay the interest on student loans, while business mogul Donald Trump has accused the federal government of profiting off students.

While it may be generally accurate to say that Bernie Sanders is one of the few (if not the only) 2016 presidential candidate paying his interns, a few exceptions and clarifications that should be noted.

First, the candidates offering unpaid internships are not breaking any laws. In most cases, it is perfectly legal to hire interns for non-paying positions as long as those interns receive some tangible benefit (such as school credit or valuable work experience) in return. Second, some candidates, such as Republican Ben Carson, do offer their interns others forms of compensation, such as stipends for food or travel. And neither we nor the Washington Post have been able to determine if GOP candidate Donald Trump's campaigns offers internships (or, if so, whether those internships are paid positions), although we note that interns at Trump Entertainment Resorts are reportedly paid $10 an hour.

The campaign teams of Ted Cruz, Marco Rubio, Hillary Clinton and Chris Christie have all recently posted advertisements seeking interns for non-paying positions. A recent posting on Bernie Sanders' web site, on the other hand, advertises a paid internship position (although such ads do not necessarily indicate that all campaign internship positions are paying ones):

Bernie 2016 is currently looking for a full-time Digital Intern. This position will require working directly with the Digital and Social Media Directors. This is a paid internship based in Washington, D.C.

Unpaid internships are quite common in politics. A 2013 study by the Atlantic found that only one-third of U.S. senators paid their interns. That article also criticized Democratic senators for being more stingy in their use of unpaid interns while singling out Bernie Sanders (technically an independent) as an exception to the rule:

[E]mbarrassingly, the vast majority of senators who do pay [their interns] are Republicans. Of those 35 senators [who pay their interns], only 11 are Democrats — meaning almost 80 percent of Dems require volunteer participation (not counting Bernie Sanders, an independent who caucuses with the Democrats). This is peculiar and troubling for a party that elsewhere signals its commitment to fair pay, equal representation, economic inequality, and workplace welfare. When it comes to interns in the Senate, it seems that traditional beliefs about labor and economic opportunity are suddenly switched.

Although President Obama is not pictured in the above-displayed image (since he is not a candidate in the 2016 presidential campaign), we also note that White House internships provide neither pay nor housing for those who fill such positions.