Bernie Sanders did not call for "chemtrail reform" during a campaign stop in Nevada. 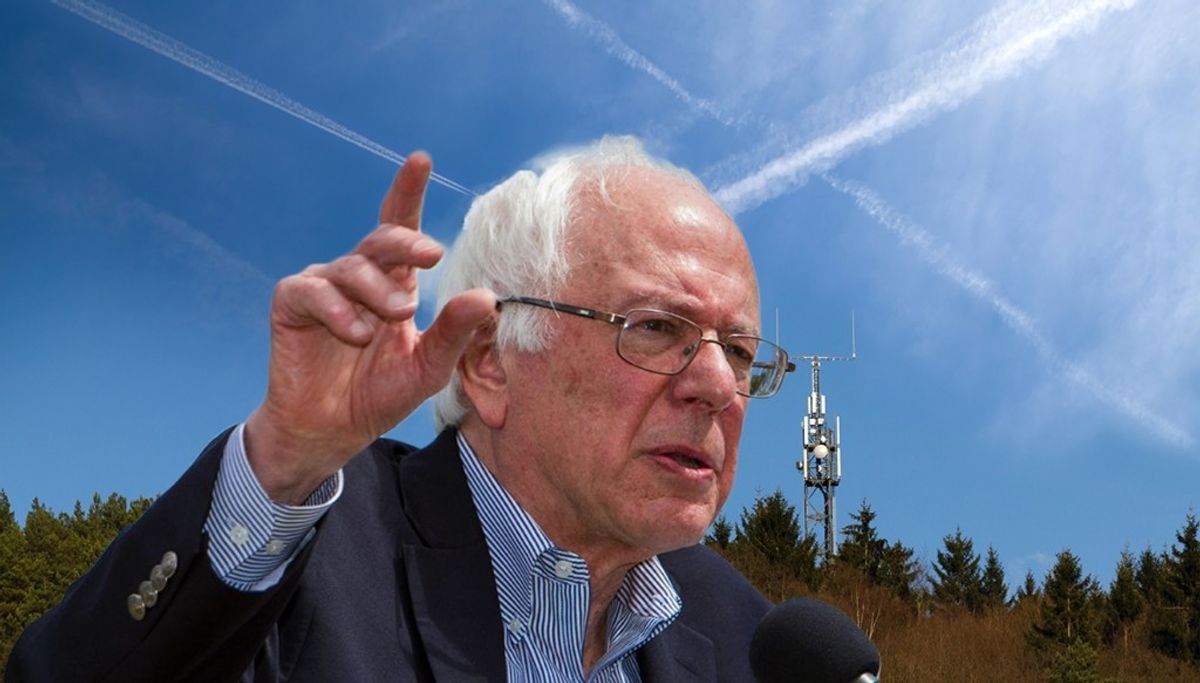 “I needed to be here in Nevada County,” Sanders began his speech which was held in the parking lot behind the Sierra Super Stop, “where so many have voiced concerns about chemtrails.”

“Our government continues to spray artificial chemicals on its own citizens to poison the population and geoengineer the climate,” Sanders said, “we know there are organic, sustainable alternatives that will accomplish the same objectives without damaging the Earth.”

“The soil ruining nano-aluminum coated fiberglass particles have got to go,” Sanders said. “We need a more biodegradable chemtrail future.”

The article's image was a digitally altered mashup of Sanders speaking and a stock photograph of "chemtrails," not a legitimate single photo. Nevada County Scooper's satirical bent was obvious from a disclaimer in the site's terms and conditions:

This website is satirical in scope and intent. It provides fake news and social criticism in a satirical setting. If this offends you, go away you worthless cretin and consider doing something else with your time rather than looking at the Internet. Really, the quality of your life will improve dramatically. Our intention is not to fool anyone, but if you do get fooled, don’t sweat it. Please have fun and lightened up.

While the article appeared in mid-February 2016, it likely gained traction following Bernie Sanders' stated position on fracking during a 6 March 2016 debate with opponent Hillary Clinton.