Has It Been 10,316 Days Since the Berlin Wall Was Torn Down?

Everything is relative, including -- or especially -- time. 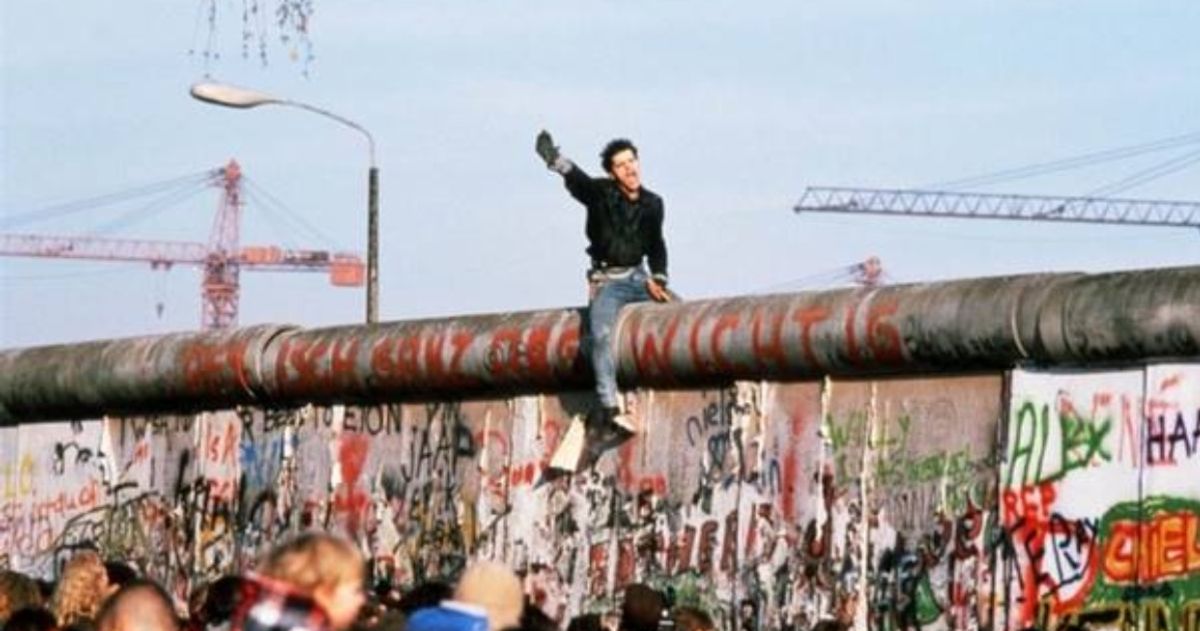 If you ever come across a meme using a relative temporal expression such as "today" or "this week," there's a good chance that the information contained within it is outdated. After all, the meme will likely continue to circulate on social media long after "today" or "this week" has ended. This meme was accurate for a single day: 5 February 2018. By the time Oso (and subsequently 20,000 additional people) shared it on Facebook in November 2018, it was outdated by several months.

The Berlin Wall was constructed in 1961 and stood for more than 28 years. On 5 February 2018, news outlets from around the world published articles celebrating the fact that the Berlin Wall had "now been down as long as it was up":

The Berlin Wall has now been down for as long as it stood dividing its city, with 10,316 days having elapsed since the barrier was pulled down by the German capital’s inhabitants.

The guarded concrete wall was a flashpoint between East and West throughout the Cold War and stood for more than 28 years. As of Monday 5 February it has ceased acting as a border for the same amount of time.

It stood for 10,316 days. Now, as of Monday, the Berlin Wall has been gone for as long as it had divided the city.

Two years after the end of the Berlin airlift that broke the Soviet blockade of the western part of the city, construction began in the summer of 1961 by Communist East German authorities trying to stop people from escaping to the West. It sliced Berlin into an eastern Communist sector and capitalist enclave surrounded by East Germany.

The wall, perhaps the most powerful symbol of the Cold War, stood for more than 28 years until it was torn down starting Nov. 9, 1989, during the collapse of the Soviet empire.

At least 140 people had died trying to cross the wall to escape to the West.

Monday marked the 10,316th day since the wall has been gone.

Stone, Jon.   "Berlin Wall Anniversary: Landmark Date in Germany as Symbol of Division Has Now Been Down as Long as It Was Up."     The Independent .   5 February 2018.