Did the 'Benadryl Challenge' Prompt Warnings of Overdose Risk?

The internet dare that went viral in 2020 joined a long list of dangerous challenges that have targeted teenagers on social media. 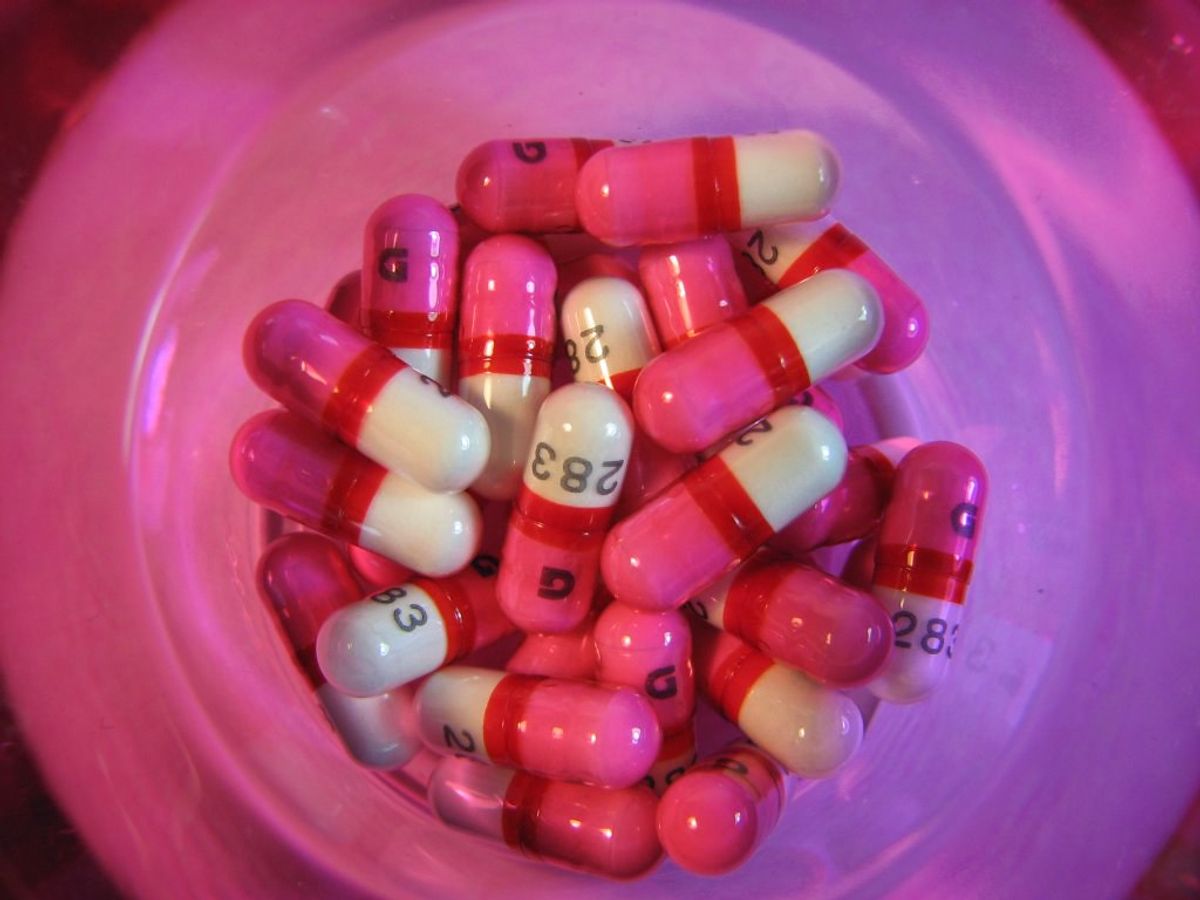 Claim:
The so-called “Benadryl Challenge” went viral on TikTok in 2020, challenging teenagers to overdose on the allergy medication to elicit hallucinatory effects, prompting warnings from medical experts over the potential risk of overdose death.
Rating:

Call 911 immediately if you or someone you know may be suffering from an overdose.

In Summer 2020, the so-named “Benadryl Challenge” dared social media users — generally teenagers — to overdose on the common allergy medication Benadryl to elicit a hallucinatory effect, record a video of the user's reaction, and share the video on the social media platform TikTok.

In an email to Snopes, a TikTok spokesperson confirmed that the platform had first learned of the challenge in May 2020, at which point its moderators removed the “very small” amount of content that was found at the time. In the months following, an unknown number of teenagers across the U.S. continued to participate in the digital dare, which is allegedly connected to the death of at least one teen and the hospitalization of three others, prompting warnings from health experts about the potential risk of overdose death. These warnings in turn prompted coverage by mainstream news media, which described teens' participation in the challenge -- perhaps hyperbolically -- as a "trend": Internet challenges refer to social media prompts that convince users to participate in some form of (oftentimes) dangerous activity, like biting into Tide brand laundry pods (“Tide Pod Challenge”) or convincing children to disappear for 72 hours (“Momo Challenge”). Although some have been well-intended, like raising money for charitable causes, and others have been downright silly, many are a masquerade for some forms of cyberbullying.

Others are potentially deadly.

“The Benadryl challenge is something that as parents, we need to be aware of these challenges and bring attention to how to properly use these products and make sure they are not accessible to teens. Those conversations need to explain the seriousness and long-lasting consequences of abusing products," Julie Weber, director of the Missouri Poison Center, told Snopes in an interview. Weber added that her facility saw an uptick in inquiries and online searches regarding Benadryl and diphenhydramine since the challenge was first initiated online. A majority of those who participate in the challenge are thought to be teenagers and young adults.

Benadryl is an over-the-counter (OTC) antihistamine drug commonly used to treat allergies. Its key ingredient is diphenhydramine, which can be harmful in large amounts. It is also found in other OTC drugs like Nytol, Sominex, and Tylenol PM. Diphenhydramine works by blocking the histamine response in the body that causes an allergic reaction. In recommended doses, the chemical is not fatal and can cause subtle side effects like drowsiness or dry mouth, but when taken in excess, the drug can cause more serious symptoms like slurred speech and dystonic reaction that creates a stiff, rigid movement in the body.

Diphenhydramine can also cause long-term harm or death when misused and abused. That's because an overdose can affect different parts of the body, according to the Mt. Sinai Health System in New York. Symptoms of overdose can include the inability to urinate, blurred vision, agitation and confusion, as well as hallucinations, seizures, depression, or nervousness, among others.

“We really have a whole, wide range of toxicity,” said Weber, adding that diphenhydramine overdose can also cause a person to have a dry mouth, feel flushed, and see increased body temperature.

Diphenhydramine is considered an anticholinergic drug, which means that it works by blocking the action of acetylcholine, a neurotransmitter that sends chemical messages between certain cells in the body. The urinary system is one that can be impacted by diphenhydramine overdose, resulting in urinary retention. This can slow down the intestines so that the body is not able to properly metabolize the drug, leading to further toxicity. At its most extreme, diphenhydramine overdose can disrupt the cardiac system and create an abnormal heart rhythm, which may lead to cardiac arrest.

Jamie Favazza with the TikTok communications team told Snopes that the platform continued to remove “extremely small numbers” of new content related to the Benadryl challenge at least through September 2020. In an email, Favazza referred Snopes to the safety controls in the app as well as educational resources located in its safety center, and sent the following statement:

The safety and well-being of our users is TikTok's top priority. As we make clear in our Community Guidelines, we do not allow content that encourages, promotes, or glorifies dangerous challenges that might lead to injury. Though we have not seen this content trend on our platform, we actively remove content that violates our guidelines and block related hashtags to further discourage participation. We encourage everyone to exercise caution in their behavior whether online or off.

Benadryl owner Johnson & Johnson wrote that the misuse of its drug can lead to serious side effects with “potentially long-lasting or even life-threatening consequences.”

“We understand that consumers may have heard about an online 'challenge' involving the misuse or abuse of diphenhydramine. The challenge, which involves [the] ingestion of excessive quantities of diphenhydramine, is a dangerous trend and should be stopped immediately. Benadryl products and other diphenhydramine products should only be used as directed by the label,” noted the company, adding that "collaboration and education are critical to putting an end to this dangerous misuse."

Experts advised parents and guardians to practice positive communication with their children and educate teenagers and young adults about the risks of diphenhydramine overdose, as well as monitor their social media accounts. If someone is thought to be overdosing, experts recommend having the following information handy while seeking professional medical assistance:

For severe symptoms, call 911 right away. If it is recommended that a person seek emergency medical attention, experts suggest bringing the drug container to the hospital. Recovery is likely if a person survives the first 24 hours and, though overdose is generally non-fatal, long-term complications may include brain damage and serious heart rhythm disturbances.

For more information on how to talk to children about over-the-counter medicine safety, visit the American Association of Poison Control Centers (AAPCC) here. Local poison control centers can be reached anywhere in the U.S. by calling 1-800-222-1222. This is a free and confidential service that will connect a caller with pharmacists, nurses, and physicians for further instruction. A state-by-state list of AAPCC contact information can be found here.