Some members of the mob that attacked the Capitol were spotted wielding plastic zip cuffs. 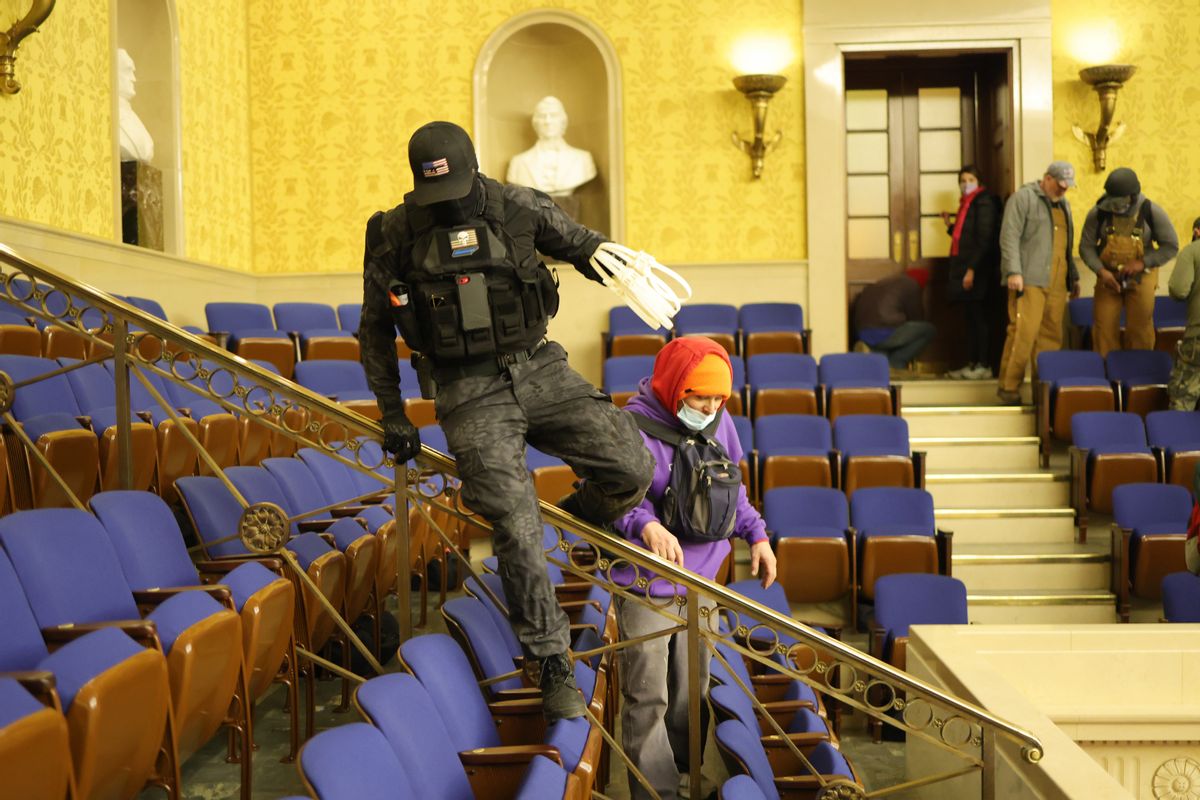 As a pro-Trump mob attacked the U.S. Capitol on Jan. 6, 2021, a number of individuals were spotted carrying plastic zip-tie handcuffs, or zip cuffs, which have been described as a common kidnapping and restraining tool.

Investigations in the aftermath of the rioting showed growing evidence that some of the people carrying zip cuffs intended to kidnap and “take hostages.”

But conservative commentator Ben Shapiro appeared to downplay the purpose of the zip ties in the attack on the Capitol. In a tweet (archived here) responding to New York Times’ editor Lauren Wolfe’s question, “Do regular humans actually buy zip-ties?” he said, “Literally every regular human I know owns zip ties.”

This was an authentic tweet posted to Shapiro's timeline. While Wolfe deleted her tweet, she posted later to clarify she meant to write flex cuffs instead of zip ties:

Shapiro’s tweet remained posted and he retweeted others supporting his zip tie comment, including one that said Wolfe "deleted her tweet because she didn’t know what zip ties were either." He received criticism for appearing to downplay the seriousness of the threat that the people with zip ties posed.

Shapiro also said "This is like Pauline Kael on steroids," referring to the famed and sharply opinionated film critic.

In a previous Snopes fact check, we noted that the zip ties photographed in the Capitol specifically appeared to be zip-tie handcuffs, also referred to as zip cuffs, plastic handcuffs or flex cuffs. The zip cuffs wielded by one of the rioters were revealed by the attorney’s office of the District of Columbia to have commonly been used as restraints by law enforcement.

While zip ties are also used in homes for storage and more, ongoing investigations suggest that the people carrying zip cuffs in the Capitol had more nefarious intentions.

Given that Shapiro’s tweet is still up from his verified account, we rate this claim as a “Correct Attribution.”