No, Ben and Jerry’s Did Not Honor Rittenhouse Shooting Victim with New Flavor 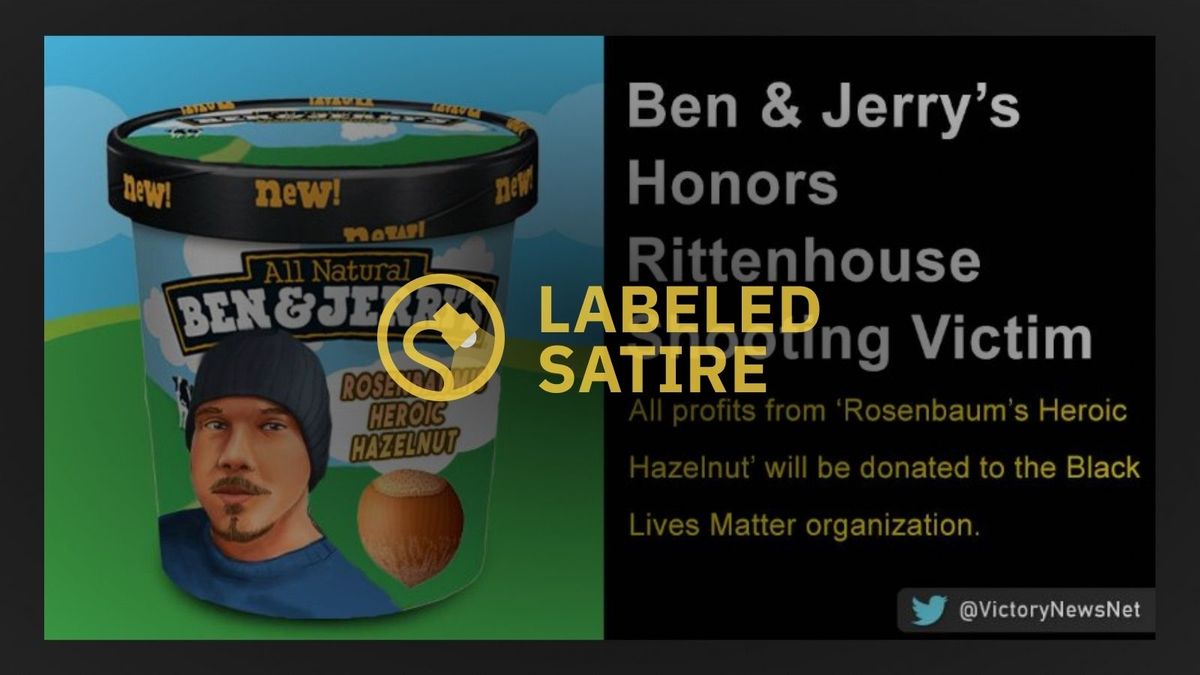 All profits from 'Rosenbaum's Heroic Hazelnut' will be donated to the Black Lives Matter organization.

This item was not a factual recounting of real-life events. The article originated with a Twitter account website that describes its output as being humorous or satirical in nature, as follows: Rosenbaum, one of the men shot and killed by Rittenhouse during a riot stemming from an August 2020 protest in Kenosha, Wisconsin, had previously been sentenced to prison for sexually abusing five boys, according to court records. There is, however, no ice cream flavor from Ben & Jerry's known as "Rosenbaum's Heroic Hazelnut." The satirical tweet from VNN emerged after Ben & Jerry's Twitter account criticized the proceedings of the Rittenhouse trial.

In response, Twitter and Facebook users shared the satirical post about "Rosenbaum's Heroic Hazelnut" -- often with no satire or parody disclaimer -- as a commentary on Ben & Jerry's announcement: