It has been described as “the single most important innovation in basketball since James Naismith invented the game.” 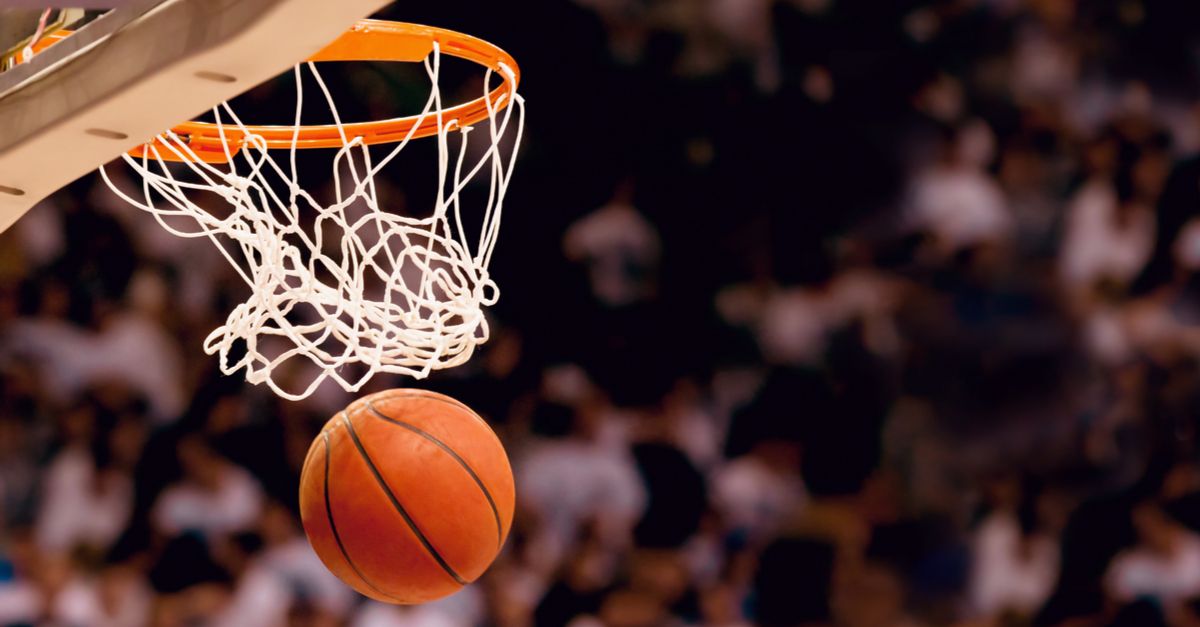 To most fans of the major professional team sports in the U.S. (i.e., baseball, football, basketball), the competitions they follow have pretty much always been the same as they are now. Over the years the strategies have changed, the equipment has gotten better, the athletes have become bigger, stronger, and faster, and the leagues have tinkered with the rules a bit now and then (generally to maintain fan interest by increasing scoring), but the basic conditions and rules under which the games are contested were established long ago (baseball in the and football and basketball in the first half of the

One of these sports has changed considerably within the lifetime of its older fan base, however. The NBA (formed in 1949 from two earlier professional basketball leagues, the National Basketball Association and the Basketball Association of America) didn't always feature the high-scoring, "run and gun" type of games that have become so familiar to modern fans. In the early 1950s, basketball contests were too frequently boring, slow-moving, low-scoring affairs in which one team grabbed an early lead and then spent the rest of the game simply holding on to the ball until the clock ran out.

The league predictably tinkered with the rules a bit (primarily by expanding the lane from six feet to twelve feet in width, thereby reducing congestion under the basket and forcing teams to rely more on distance shooting), but by 1954 the NBA's economic viability was in serious trouble as paying customers began walking out of some dreadfully dull games. The Times reported that "professional basketball's existence was in jeopardy" as fans became disgusted with the "continual stalling and intentional fouling," losing interest as teams sometimes required half an hour to play out the final four minutes of a contest. As John Taylor wrote in his survey of the "golden age of basketball":

[The] game was still frequently boring, degenerating all too often into what were known as "freeze-and-foul" contests, with the team in the lead playing possession ball to run out the clock and the losing team fouling to try to recover, the game stopping each time it succeeded. In one notorious example of "stall ball," as it was also known, on 1950, between the Minneapolis Lakers and the Zollner Pistons, the final score was The Pistons coach, Murray Mendenhall, had decided not to run the ball but simply to hold it and wait until the end of the game to score the winning point. He succeeded, but fans were reading newspapers in the stands; some walked out and demanded their money back, others swore never to buy another ticket to a professional basketball game.1

The solution to this dilemma was another rule change, one which might seem simple and obvious to today's fans, but which was revolutionary for professional basketball at the time. Danny Biasone, the owner of the NBA's Syracuse Nationals franchise, argued that the league needed to place a limit on how long a team could hold the ball, thereby preventing one side from stubbornly hanging onto the ball until they were fouled (or until the clock ran out) and forcing both teams to play the game at a faster pace.

The implementation of this Taylor described as "the single most important innovation in basketball since James Naismith invented the the clock. From 1954 onwards, every time a team gained possession of the basketball during a game, they had to attempt a shot within or turn the ball over to the other more hanging on to the ball for minutes on end to run out the clock or force the other side to commit fouls.

The new rule was implemented a little crudely at first (typically by giving a recruit a stopwatch and having him stand on a sideline and yell "Time!" whenever elapsed during a possession), but by the end of the season all the teams in the NBA had set up shot clocks around their courts that made the timers visible to players, officials, and fans. The innovation was an immediate and obvious success: In 1953 and 1954 combined, only three times did a team score as many as in a playoff game; in the 1955 playoffs alone, one or both teams scored or more in over half the contests (eleven out of games), and over the course of those two years attendance at NBA games jumped by

Surprisingly, though (or perhaps not, since every alteration to something familiar usually prompts at least a few objections, even when the changes are clearly for the better), the new rule had some detractors, such as Post sports columnist Milton Gross, who complained that "Movement is no longer necessary. Ballhandling now becomes a liability. The strategic freeze is It's become a game for mathematicians, statisticians, clock-watchers, and coaches who are afraid to attack their problem at its sources." But NBA president Maurice Podoloff offered an opposite opinion of basketball's recent rule revision in 1955, claiming that the league "adopted the twenty-four-second rule and it has worked so well that I firmly believe it has proved the salvation of professional basketball. So far this year attendance receipts at our games have increased cent."

The question we want to consider here, though, is "Why Given our penchant for favoring round numbers, why didn't the NBA adopt a clock, or at least a clock? What's so special about

The answer is that Danny Biasone, the aforementioned owner who pushed for the adoption of the rule, based his proposal upon his observations, experience, and simple arithmetic. In Biasone's judgment, basketball was most exciting when it was neither a stalling contest nor a wild shootout, but a well-paced game in which teams took apiece. Since professional basketball games were long, Biasone divided 2880 (the number of seconds in ) by 120 (the total number of shots taken per game when each team attempted and arrived at an optimal figure of one shot every From such a simple formula came a change that completely reinvigorated professional basketball, a rule it is now hard to imagine the game ever did without.