'Bear in Walmart' TikTok Video Was Not Recorded in Walmart

A TikTok comedian appeared to confuse a number of commenters after making a humorous video. 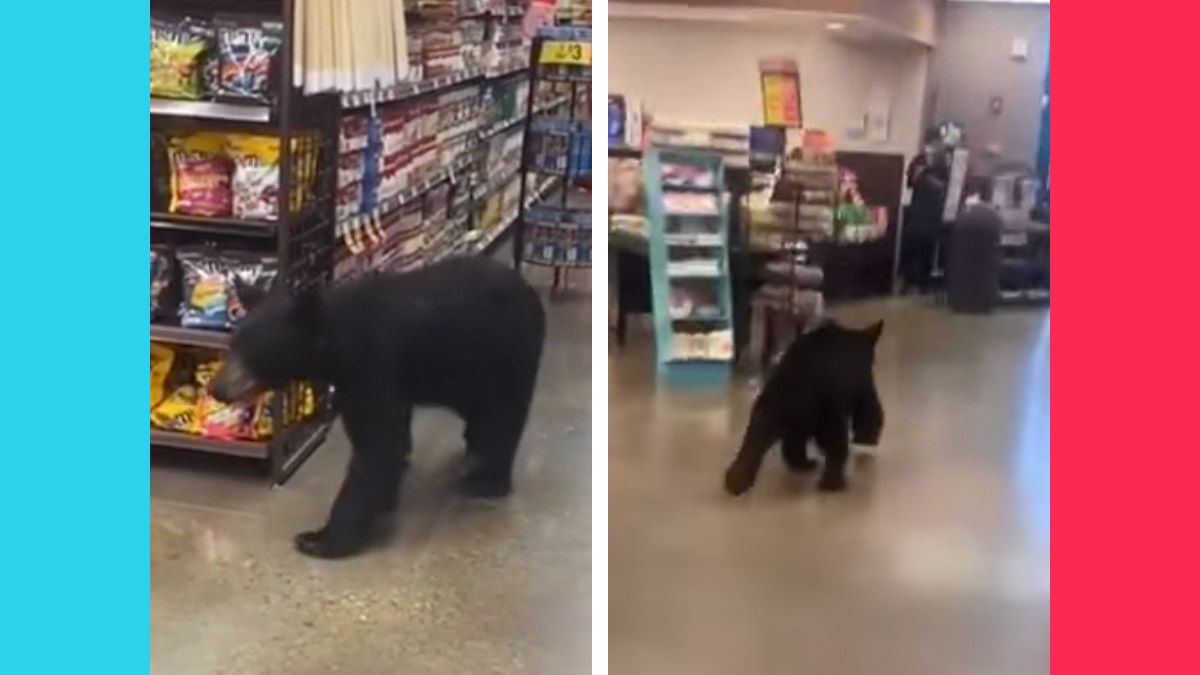 Claim:
In August 2021, a bear was recorded on video inside a Walmart store.
Rating:

It's true that a bear was recorded on video strolling down a supermarket aisle in Porter Ranch, California. It was later tranquilized in a Walmart parking lot.

On Aug. 10, 2021, TikTok user @taeloveharris posted a video that appeared to show a bear inside a Walmart store.

"I'm in Walmart, and, oh my God," he said, referring to the bear. The video was also captioned with: "Never know what you will find at Walmart."

The video of the bear is real. It's also true that the video showed @taeloveharris pushing a cart around Walmart. However, the shot that showed the bear was recorded by another person several days earlier in a Ralphs supermarket in Porter Ranch, California. The town is located in Los Angeles County. The bear clip was combined with a new shot of @taeloveharris recorded inside Walmart to make for a comedic video.

The original video appeared to be shared by actress Tisha Campbell. However, it's unclear if she was the person who shot the video of the bear. The lighting and ceilings don't match in the shots of the bear and Campbell.

A second video posted later by Reuters credited a man named David Balen with recording a different clip of the same bear inside Ralphs. A search for Balen's name led us to a Facebook post. Balen is a board member for the Porter Ranch Neighborhood Council. In his post, he confirmed that the incident occurred early in the morning on Aug. 6.

According to the post, which also contained several photographs, the bear was young and weighed "approximately 150 pounds." Officials lost track of the bear before it was "found hiding under a trailer on the northeast corner of Walmart." After the bear was safely tranquilized, it was reported to be relocated.

We recently reported on a number of other incidents involving bear encounters in California. Snopes.com was first to report about the viral video that showed a woman pushing a bear off a fence to protect her dogs. We also published stories about a mama bear and cubs that charged at a man inside his own garage, as well as another bear that charged at a crowd at the Mammoth Motocross race track.