A video showing a bear riding in a sidecar of a motorcycle may beggar belief, but it is genuine. 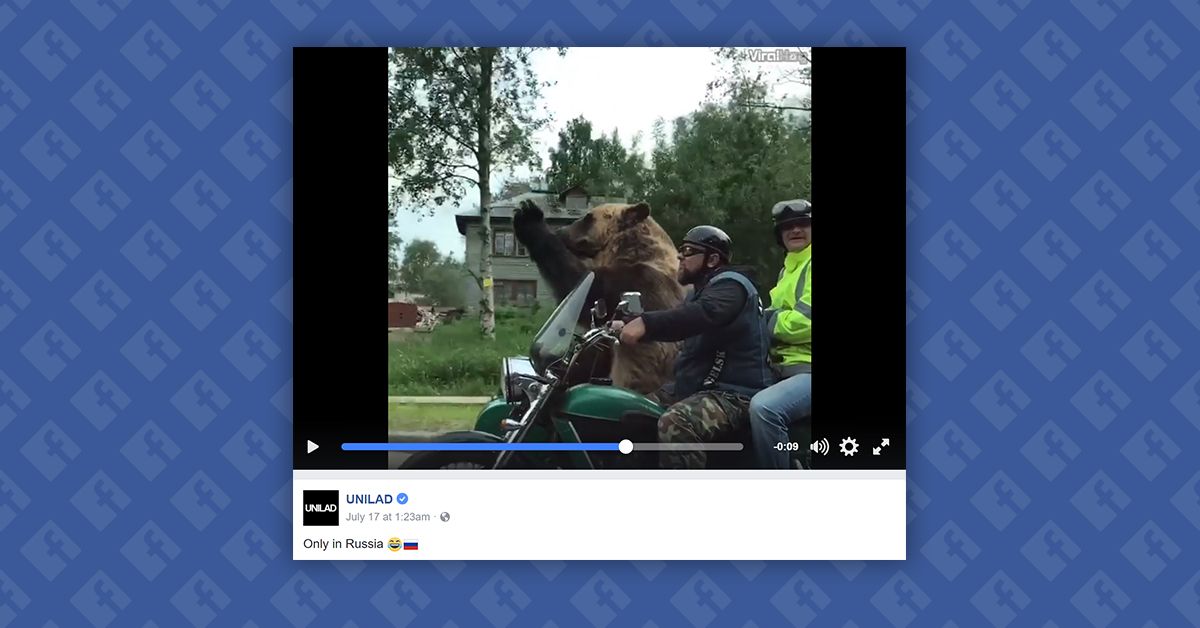 Claim:
A video shows a bear riding in the sidecar of a motorcycle.
Rating:

In July 2017, a video apparently showing a bizarre spectacle — a bear riding in the sidecar of a motorcycle — appeared on various social media feeds and subsequently went viral. One of the most popular versions of the video, posted to the UNILAD Facebook page, was viewed more than 30 million times:

As the site is not well known, some questioned whether or not the video had been faked in someway. Was the the bear computer graphics? Was it created for an ad? Is this just a guy in a bear suit?

The video is actually genuine. It was taken on the streets of Arkhangelsk, a city in eastern Russia, and shows Tim, a trained bear, on his way to a traveling circus. An excerpt from a news article published by 29.ru explains that Tim was born partially blind, is almost retired at the age of 22, and that motorcycle is his favorite form of travel:

A bear on a motorcycle took an evening tour before visiting the circus. A representative of the company explained to 29.ru that Tim rides in every city and that it is one of his favorite activities.

When his motorcycle overheated in Syktyvkar, it was necessary to find a new method. We decided to transport him into a jeep, but he flatly refused.

The bear, named Tim, was disabled from birth. He is completely blind in one eye and would not have survived in the natural environment. The circus was very pleased that he joined the company. He is 22, almost at the age of retirement.

News site bnkomi.ru reported that Tim's journey through the city was used both to advertise for the circus and to raise money for a children's neurological clinic. Transportation was provided by Polar Wolves bike club.

That video was not the only one available of the bear riding in the motorcycle sidecar. Here are some other videos we found of Tim the circus bear:

A circus administrator said the rides are always cleared with local authorities in advance.