A viral story about a couple who got rich quick finding a limited edition collector's item in a "boot sale" didn't stand up to scrutiny. 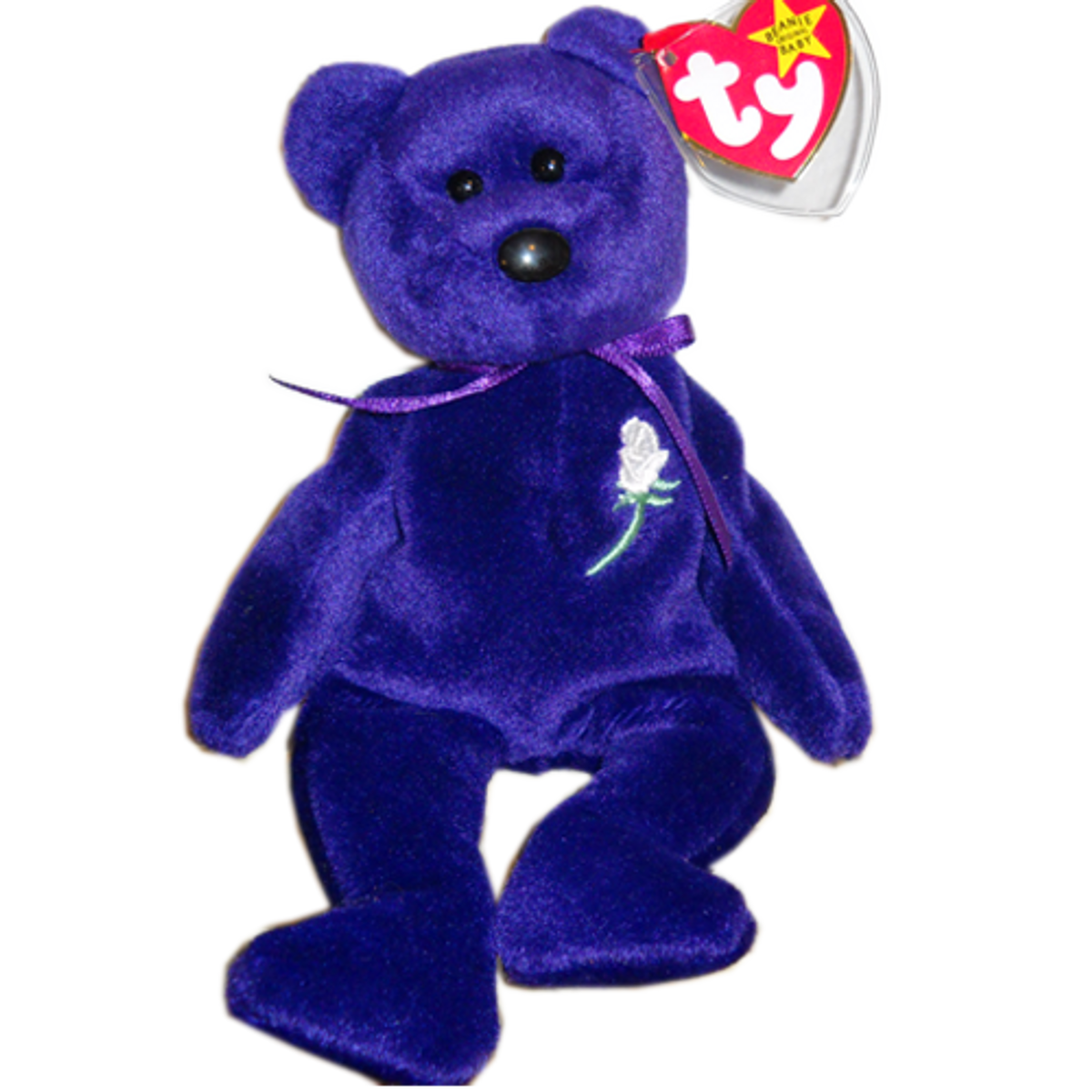 Ty, the company that produced teddy bear-like animals known as “Beanie Babies,” stuffed with beans and plastic pellets and labeled with a heart-shaped “TY,” reportedly made more than $6 billion from their products in the 1990s. Some collectors made far less, however, investing money in Beanie Baby speculation that didn’t pay off when the craze panned out around 1999. But in April 2015 the UK press sensationally reported that one couple had unexpectedly found Beanie Baby gold.

According to various UK press accounts, Leah Rogers and Ryan Flanagan were selling toys at a car boot sale (akin to a flea market) in Bude, Cornwall, when they noticed a purple bear at the stall of a nearby fellow vendor seller. Ryan Flanagan, 22, who used to collect the Beanie Baby bears, recognized it as a Princess Beanie Baby — supposedly one of only 100 such limited edition bears produced in 1997 to raise money for the Princess of Wales Memorial Trust after Princess Diana was killed in a tragic car accident — and picked it up for a mere £10 (about US $15).

Leah and Ryan quickly offered their bear for sale on eBay with a starting bid of £20,000 (about US $30,000), hoping to turn their find around to finance a down payment for a house.

However, the value of their find was widely reported as £62,500 (about US $93,000) not because that is the true worth of the Princess bear based on its relative availability and price history, but simply because another example of the same bear was currently offered for sale on the online auction site eBay at that price. However, the prices that sellers post for online sales in the collectibles market are often unrealistically inflated due to misinformation or deliberate attempts to drive up prices and mislead potential buyers.

Other Ty collectors have disputed the claim that any version of the Princess Beanie Baby was limited to a 100-piece edition and maintain that it is far more common (and therefore far less valuable) than widely reported. For example, the Beanie Baby Buzz web site states that:

Princess is one of the most hotly debated Beanies that Ty has ever produced. This all stems from some enterprising individuals who attempted to change the facts to suit their needs. Many other sellers over the years have unknowingly followed suit.

No Princess is worth millions of dollars, not even thousands. The Princess Beanie Baby rumor mill has been running rampant for years. It continues to this day due to unethical sellers who set up auctions and have fake buyers seemingly purchase the beanie. This fuels the followers who then list their Princess at insane prices. It has really picked up steam in the past few years.

The Ty Collector web site similarly reported that the value of the Princess bear had been vastly overstated in media reports:

From time to time, prices paid by buyers on eBay for the Princess Beanie Baby increase dramatically for a short period of time. This generally happens when a blogger, a personality on a TV show or a news reporter claims Princess is valuable because it is selling for an extremely high price on eBay.

That of course, is an uninformed misrepresentation or sometimes an intentional deception designed to scam potential collectors who do not understand how eBay really works.

In an irresponsible and non-professionally researched newspaper article on April 18, 2015, the UK Daily Mail and The Sun (UK) provided misleading information about Princess Beanie Baby values. Once again, tycollector.com was inundated with emails from people in the UK and Ireland hopeful that their Princess Beanie Baby was worth a lot of money and asking for the best way to sell theirs.

The writer of the original article (as is usual with these types of articles) used “listing” prices on eBay, as opposed to the prices buyers have actually paid for Princess over the past 30-60 days, to support the premise that Princess is valuable. One cannot avoid speculation about the credibility of ANY article in the UK Daily Mail or The Sun, when those online magazines/newspapers permit such a misleading article as the one about the Princess Beanie Baby to be published.

We are truly sad so many peoples’ hopes were mistakenly raised by reading a fraudulent article that suggested they might own a rare and valuable Princess Beanie Baby.

Ty Collector pegs the value of the Princess Beanie Baby bear at between $5 and $40, depending on version and condition.