Did 'Be Curious, Not Judgmental' Originate with Walt Whitman?

We're curious, but not judgmental, about how this quote ended up in "Ted Lasso." 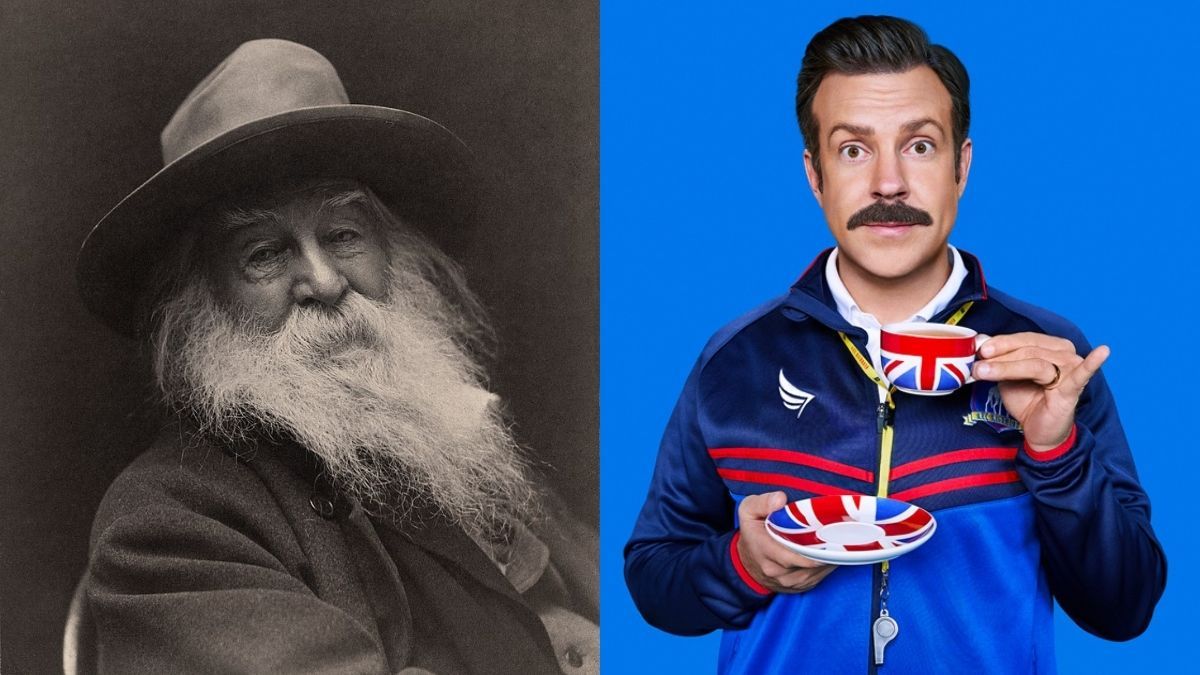 During a scene in the Apple TV show "Ted Lasso," the title character, played by Jason Sudeikis, reflects on a quote supposedly written by 19th century American poet Walt Whitman that he once saw painted on a wall. "Be curious, not judgmental." While that simple statement provided some guidance to the character, it also left him a little misinformed, as Whitman never wrote these words.

Here's the scene from "Ted Lasso":

Lasso says in this scene:

You know Rupert, guys have underestimated my entire life. And for years I never understood why. It used to really bother me. But then one day I was driving my little boy to school and I saw this quote from Walt Whitman painted on the wall there that said "Be curious. Not Judgmental." I like that.

So I get back in my car and I'm driving to work and all of sudden it hits me. All them fellas who used to belittle me, not a single one of them was curious. You know, they thought they had everything figured out. So they judged everything. And they judged everyone. And I realized that their underestimating me, who I was had nothing to do with it. Because if they were curious, they would have asked questions. You know. Questions like, have you played a lot of darts, Ted? Which I would have answered. Yes sir. Every Sunday afternoon at a sports bar with my father from age 10 to 16 when he passed away.

Lasso was not the first to misattribute these words to the iconic poet. If you search for "Be Curious, Not Judgmental" on the internet, you'll find memes, pins, T-shirts, artwork, and articles attributing these words to Whitman.

But Whitman did not write this line. While some claim that this line can be found in Whitman's "Leaves of Grass" anthology, we searched digital copies of this work and found no trace of it. We also could not find this line in the Walt Whitman Archives.

Ed Folsom, a professor of English at the University of Iowa, and the co-director of the Walt Whitman Archive, told us that "Whitman never said or wrote "Be curious, not judgmental."

Whitman never said or wrote “Be curious, not judgmental.” It is one of ten or fifteen “quotes” often falsely attributed to Whitman. I deal with these all the time, since people assume I’ll be able to give them the source of the quotation. This one, like several of the other false attributions, now appears on posters, t-shirts, and coffee mugs, and the internet keeps spreading the quotes through Facebook and other social media, so soon the false quotes are better known than any actual Whitman quotations!

The internet is great at creating new Whitman quotes . . .

While Whitman certainly did not write "Be curious, not judgmental," we're not exactly sure who did. We've found expressions of this general sentiment dating back to at least the 1970s. The earliest example we could find of this exact phrasing came came from an advice column by Marguerite and Marshall Shearer in response to a question from a parent who found oral contraceptives in their 17-year-old daughter's bedroom. The advice columnists wrote in a January 1986 edition of The Charlotte Observer:

Try to find out her concerns. Be curious, not judgmental. Did she think you didn't care? Does she want an earlier curfew to reduce the opportunity in developing relationship with a male? Is she being pressured by female peers to join in? It takes a lot of courage for a teen to stand up to peers and say "that is not for me now." If she needs to hide behind parents, then be there to shield her. Let her know you will act as that kind of shield anytime.