Reports that that BBC's Carol Kirkwood used a curse word to describe the weather are fake news. 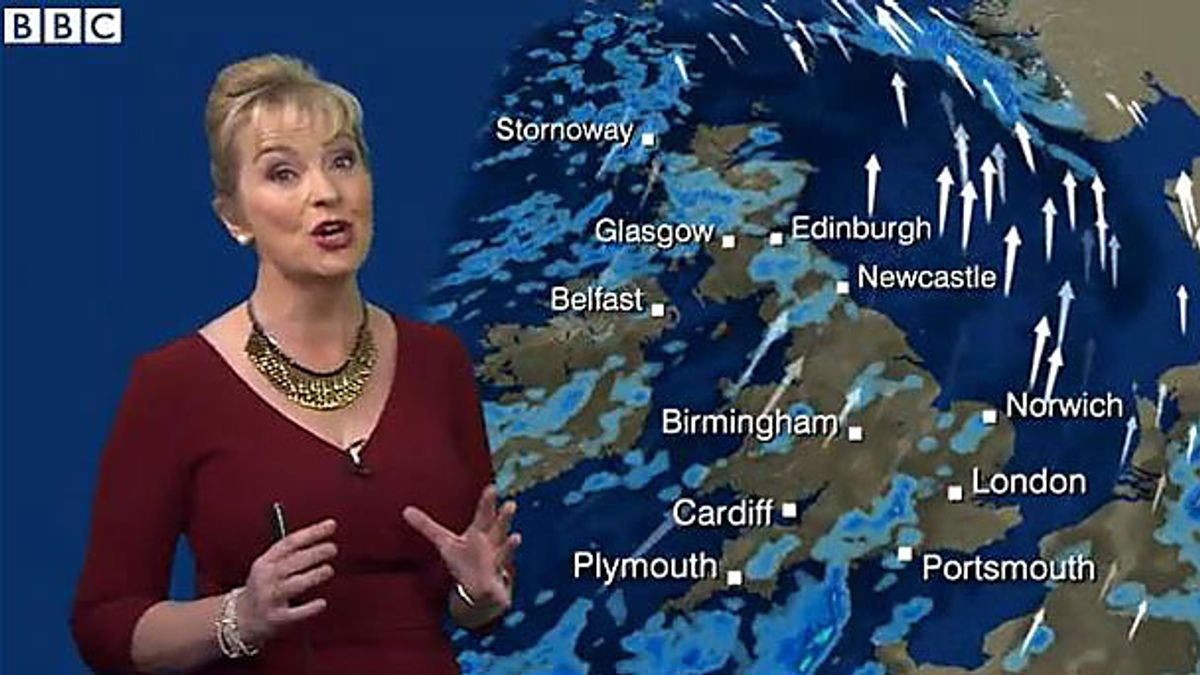 On 16 January 2016, the News Thump  web site published an article reporting claiming that BBC presenter Carol Kirkwood had described the weather as "cold as f*ck" during a live broadcast:

The BBC has announced that there will be no punishment for popular weather presenter Carol Kirkwood’s use of the phrase ‘cold as f*ck.’

She used the phrase during an outside broadcast on a hill in the North York Moors on Friday morning in response to a question from colleague Bill Turnbill.

“And now to Carol for the weather,” said the avuncular bee-keeper.

“Carol, it looks a bit chilly where you are?”

“Cold. As. Fuck.” She repeated, forcefully.

“Bastard cold. Shitting cold. Cold as an eskimo’s arse. Cold as a witch’s tit. Cold enough to worry any brass monkeys. It is abso-fucking-lutely fucking cold as fucking fuck.”

The BBC has issued a statement saying there would be no sanction for Miss Kirkwood because “after investigation we have discovered that on the North York Moors on Friday morning, it was indeed cold as f*ck.”

There was no truth to this story. As noted in their disclaimer, News Thump is a satirical web site:

NewsThump is a satirical and spoof news website, taking a daily swipe at current affairs from the UK and around the world.

We aim to be equal opportunity piss-takers and have no particular affiliation or political preference. It is our stated aim to mock absolutely everyone, eventually.

Kirkwood caught wind of the story shortly after it was published and maintained she definitely didn't say "that" during the broadcast: