Is This BBC Headline About Jacinda Ardern and Women Having It All Real?

The headline was pilloried by many, who called it sexist. 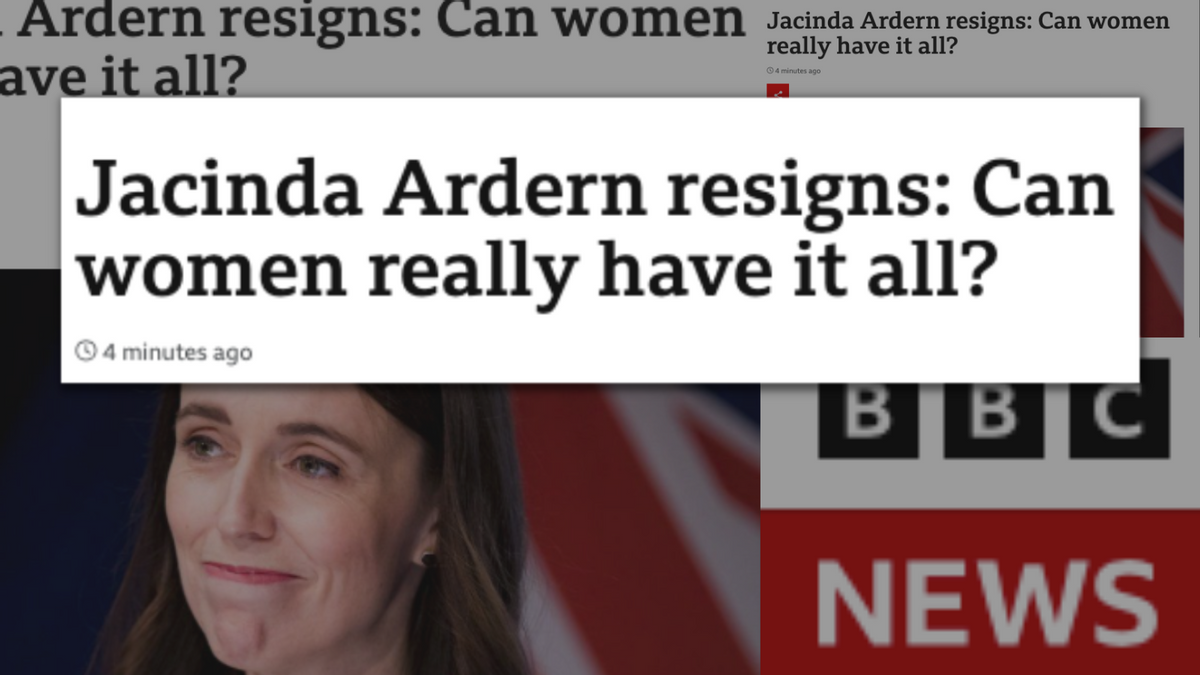 The news division of the British Broadcasting Corporation (BBC) was facing backlash over a Jan. 19, 2023, headline about New Zealand Prime Minister Jacinda Ardern's decision to resign — a headline that many criticized for being sexist.

Ardern's surprise resignation came with commentary about the level of abuse, vitriol, and threats she had faced as a world leader. Debbie Ngarewa-Packer, co-leader of the Maori party, said in a statement:

It is a sad day for politics where an outstanding leader has been driven from office for constant personalisation and vilification. Her whanau have withstood the ugliest attacks over the last two years with what we believe to be the most demeaning form of politics we have ever seen.

Ardern announced on Jan. 19, 2023, that she was stepping down, citing burnout. "I know what this job takes, and I know that I no longer have enough in the tank to do it justice. It is that simple," she said in her announcement.

The trope about women "having it all" is, at its basic level, a dated catch-all that portrays female success as pitting successful careers against raising families. Beth Prescott, a researcher for The Centre for Social Justice, a U.K.-based think tank, told Yahoo News, "Whatever your views on Jacinda Ardern, this was a shocking and archaic headline from the BBC."