Is It Dangerous to Take a Bath During a Thunderstorm?

While it is possible for one to be injured or killed by a lightning strike while bathing, such outcomes are rare. 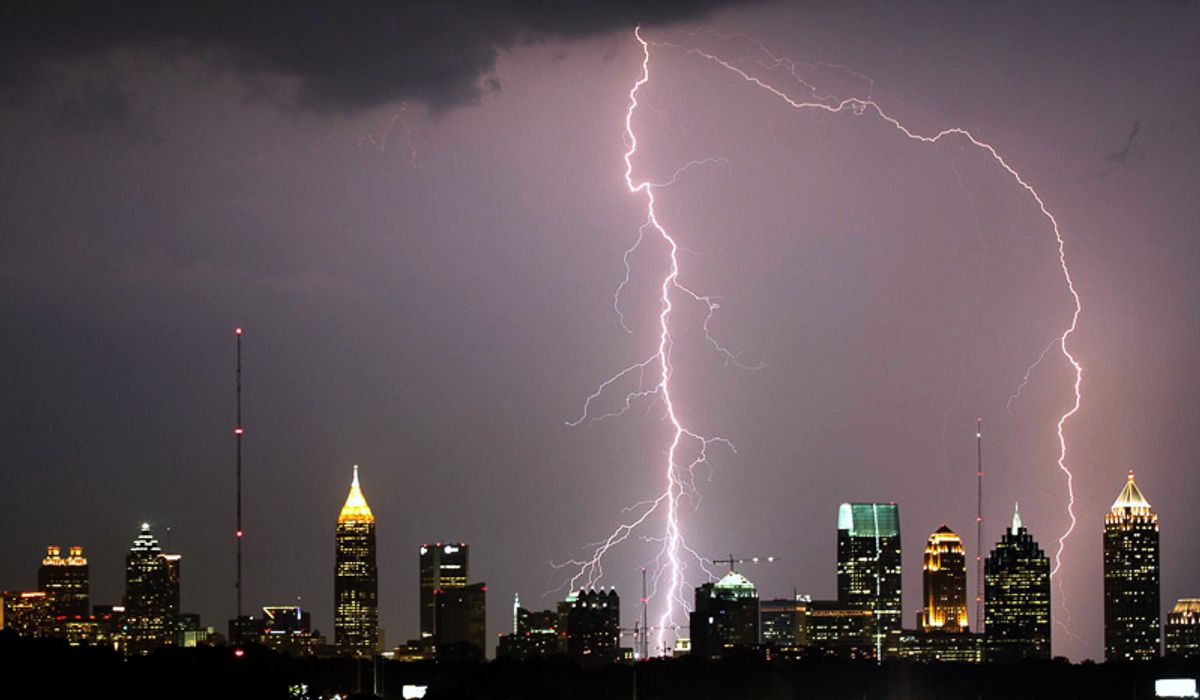 Claim:
It is dangerous to take baths or shower during thunderstorms, and people have been injured or killed while doing so.

Electrocution from lighting while showering or bathing is both scientifically possible and historically documented.

Bath-related deaths due to lightning are quite rare.

Lightning fatalities are a significant cause of weather-related deaths in the United States, killing an average of 49 people a year. Based on a review of lightning related fatalities from 2006 through 2013, the National Weather Service concluded that an overwhelming majority of those fatalities came from outdoor activities:

From 2006 through 2013, 261 people were struck and killed by lightning in the United States. Almost two thirds of the deaths occurred to people who had been enjoying outdoor leisure activities ... From 2006 to 2013, there were a total of 30 fishing deaths, 16 camping deaths, and 14 boating deaths, and 13 beach deaths. Of the sports activities, soccer saw the greatest number of deaths with 12, as compared to golf with 8. Around the home, yard work (including mowing the lawn) accounted for 12 fatalities. For work-related activities, ranching/farming topped the list with 14 deaths.

Implied in the above analysis is the conclusion that lightning strikes affecting people inside the safety of their home are relatively rare. Indeed, indoor lightning fatalities represent an ever-shrinking percentage of overall deaths, especially in the developed world. Still, this does not mean that indoor lightning fatalities are impossible, or that the mechanism of being injured or killed while taking a bath or a shower is impossible.

Lightning-struck ground near homes can send devastating jolts up pipes and into sinks and bathtubs, a phenomenon that can be compounded by the metal pipes used in household plumbing, which provides effective conduits for the massive electrical charges released by even a single bolt.

Such lightning-related injuries are relatively uncommon in the greater scheme of things because one has to be doing the dishes or bathing or showering in the right (or wrong) place at the precise moment when a bolt hits. However, people have occasionally been injured in this fashion:

In regards to how to remain safe indoors during a thunderstorm, experts advise:

A safe shelter is a building with electricity and/or plumbing or a metal-topped vehicle with windows closed. Picnic shelters, dugouts, small buildings without plumbing or electricity are not safe. There are three main ways lightning enters structures: a direct strike, through wires or pipes that extend outside the structure, and through the ground. Once in a structure, lightning can travel through the electrical, phone, plumbing, and radio/television reception systems. Lightning can also travel through any metal wires or bars in concrete walls or flooring.

The long-standing warning that it is dangerous to take a bath or shower during a thunderstorm is indeed a scientifically factual and documented occurrence, but it is a demonstrably rare one. As such, we rate this claim a mixture.