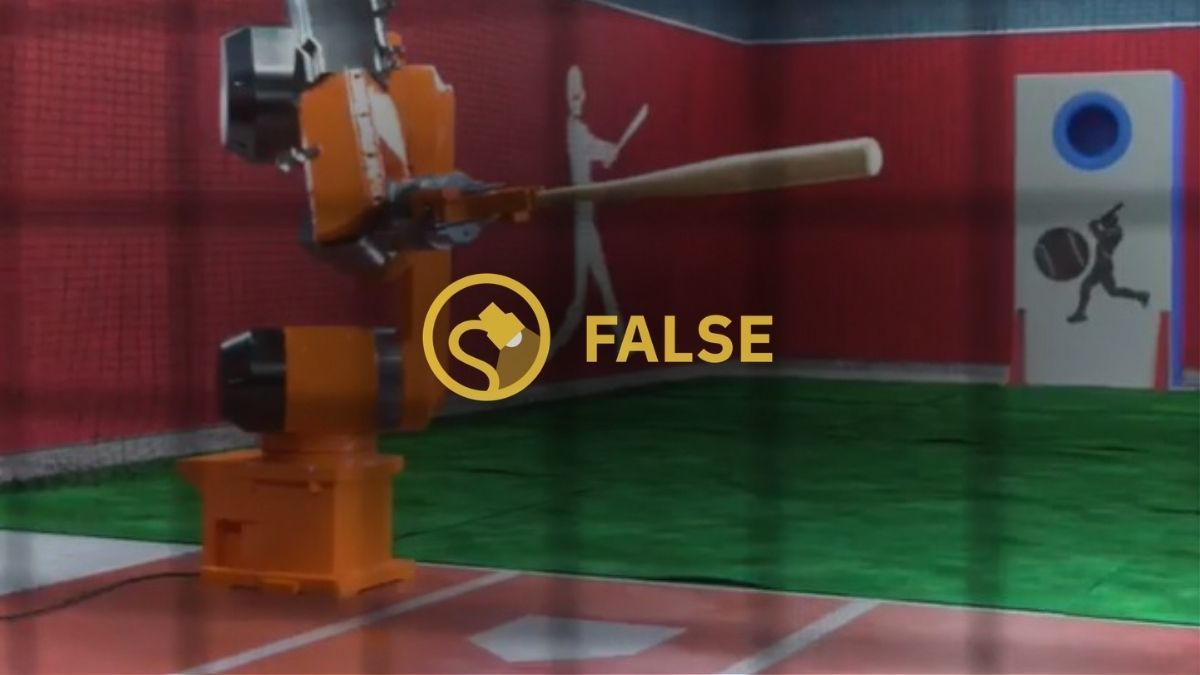 Claim:
A video shows a "Batbot 6000" hitting baseballs in a batting cage.
Rating:

In November 2020, a video purportedly showing a robot hitting a series of baseballs in a batting cage made the rounds on social media.

But this robot isn't real. It's a digital creation by Tom Coben, a VFX artist who also created the "Bowlbot 5000," a realistic looking (but entirely digital) bowling robot.

Coben posted a video of his "Batbot 6000" to Instagram in July 2019. That posting was accompanied by several hashtags that identified it as a digital creation, such as #3drendering, #animation, and #CGI.

This isn't the first time Coben's digital creations have fooled social media users. In addition to the "Bowlbot 5000" mentioned above, he created a computer-generated football kicking machine, the "Footbot 7000," which can be viewed below: