Did Barron Trump Wear an 'I Miss Obama' Shirt in This Photo?

Plain T-shirts are a common target of photo-editing pranksters. 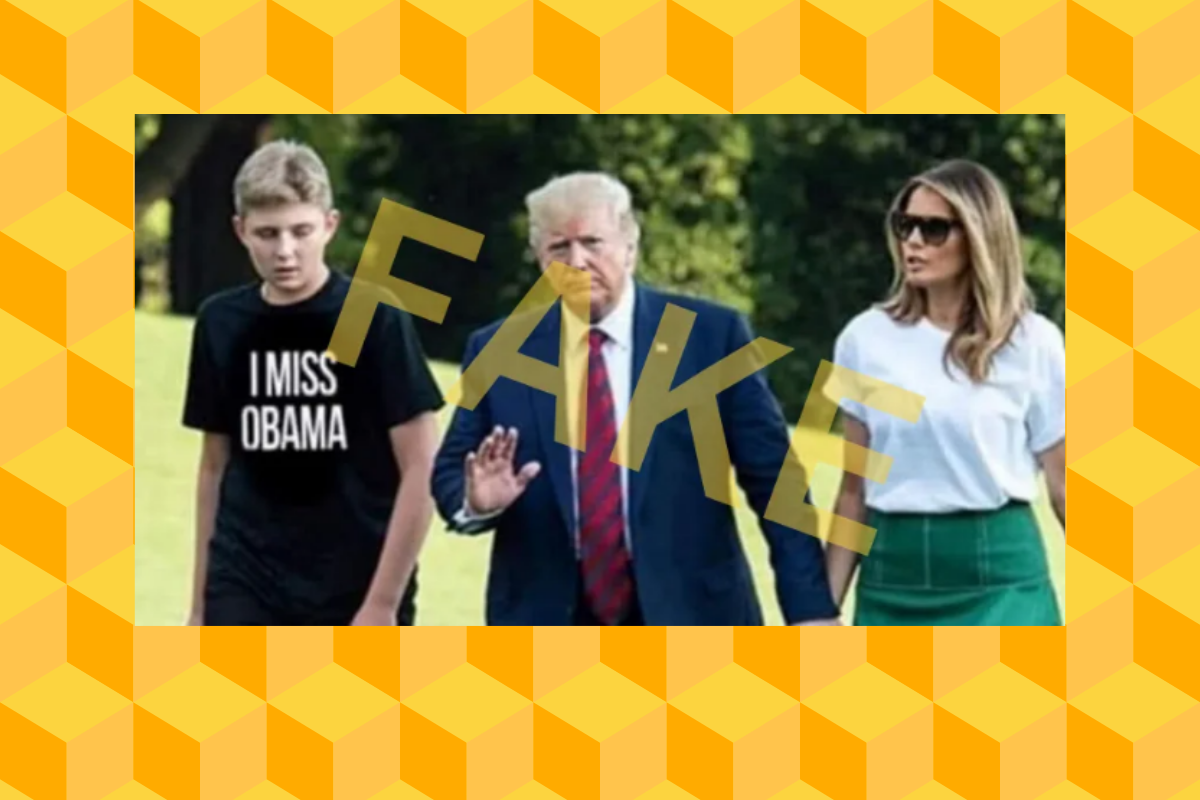 In May 2020, an image supposedly showing U.S. President Donald Trump's son Barron wearing an "I Miss Obama" T-shirt was shared on the website gyrlversion: Barron Trump shocked the world walking with Trump and Melania on Memorial Day Weekend with a black t shirt saying ” Miss Obama.” The Trumps know how to make news. the photo is going viral as many American’s are saying they agree.

This is not a genuine photograph. This image was digitally manipulated to add the words "I Miss Obama" to Barron Trump's T-shirt.

The original photograph was taken on Aug. 18, 2019, and showed Barron Trump in a plain black polo shirt walking with his parents, the president and first lady Melania Trump, as they returned to the White House after a trip to Trump's golf club in New Jersey. The photograph is available via Getty Images, where it is accompanied with the caption: