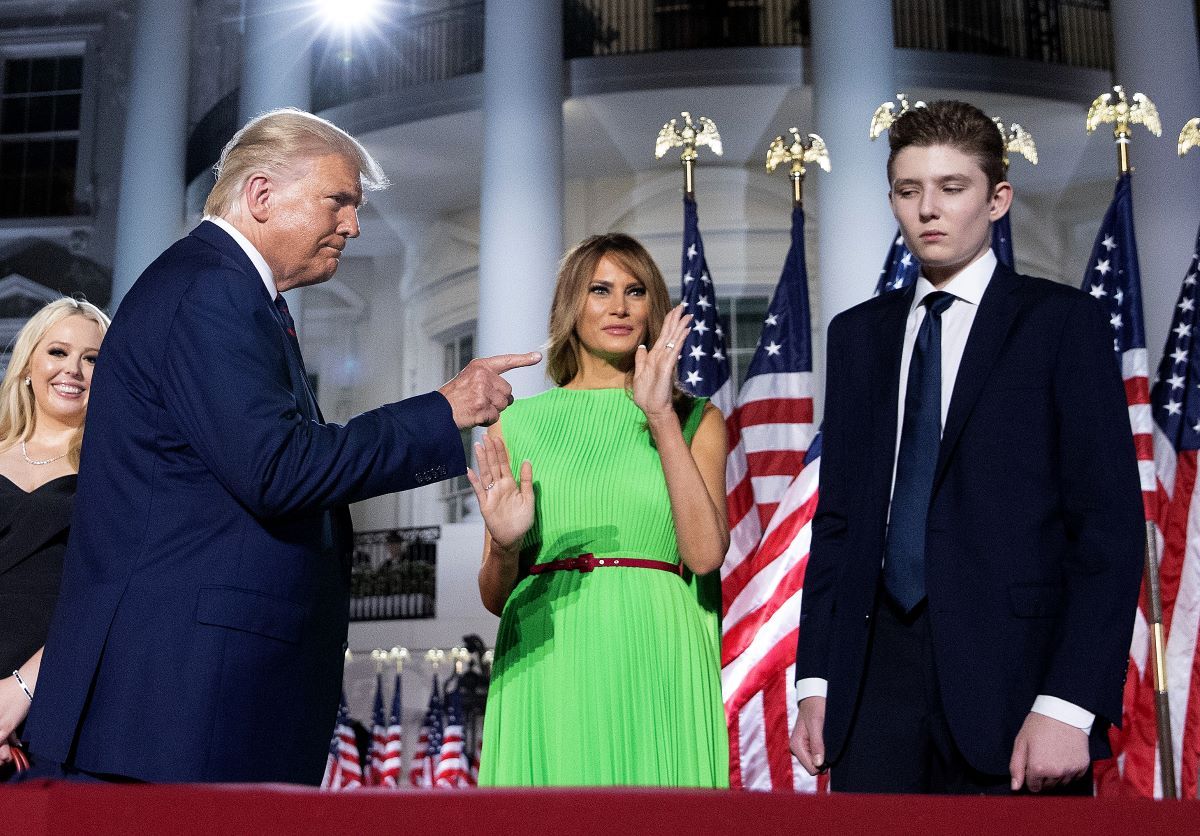 On Jan. 17, 2021, Patheos published an article positing that Barron Trump, the 14-year-old son of former U.S. President Donald Trump and Melania Trump, had successfully applied for a court order to become emancipated from his parents, meaning he was no longer legally under their care and control.

...The confusion this President causes is also affecting his family life. Many Trump children are firmly in the orbit around their father and work to further his ends. However, Barron Trump, has seen the evil ways of his crime family. And he wanted to be out for years. He’s achieved that goal by becoming an emancipated minor.

...Barron’s legal team petitioned the court during his father’s presidential campaign. It was savvy strategy. Under normal situations Donald may fight the process. After all, he wants it to appear as if he has a happy family.

Andrew Canard Attorney At-Law led the legal push for Barron’s freedom. “It was clear Donald Trump only cares about himself. I accurately predicted his narcissism with go through the roof during campaign season,” he said. “Getting the youngest Trump free from the clan’s clutches was remarkably easy.”

The court notified his parents of Barron’s intent. His dad never replied and Melania’s assistant wrote something along the line of “I don’t really care, do you?” When the day of the hearing arrived Donald and Melania were no where in sight. Understanding the situation, the judge immediately granted Barron full emancipation from his family.

This item was not a factual recounting of real-life events. The article originated with a columnist who describes his output as being humorous or satirical in nature, as follows:

Hello, my name is Andrew Hall and I’m the author of Laughing in Disbelief. Before getting to business I just want to thank you for taking some time and reading one of my posts. I appreciate it! You probably clicked a link to a story and you’re here. The story you were reading is satirical.

The article included a hyperlink to that disclaimer, but also contained another clue that its content was not to be taken seriously. The last name of Barron Trump's fictional attorney, "canard," is a word for a false or fabricated claim or story.