A quote about the Democratic party has been incorrectly attributed to Barney Frank. 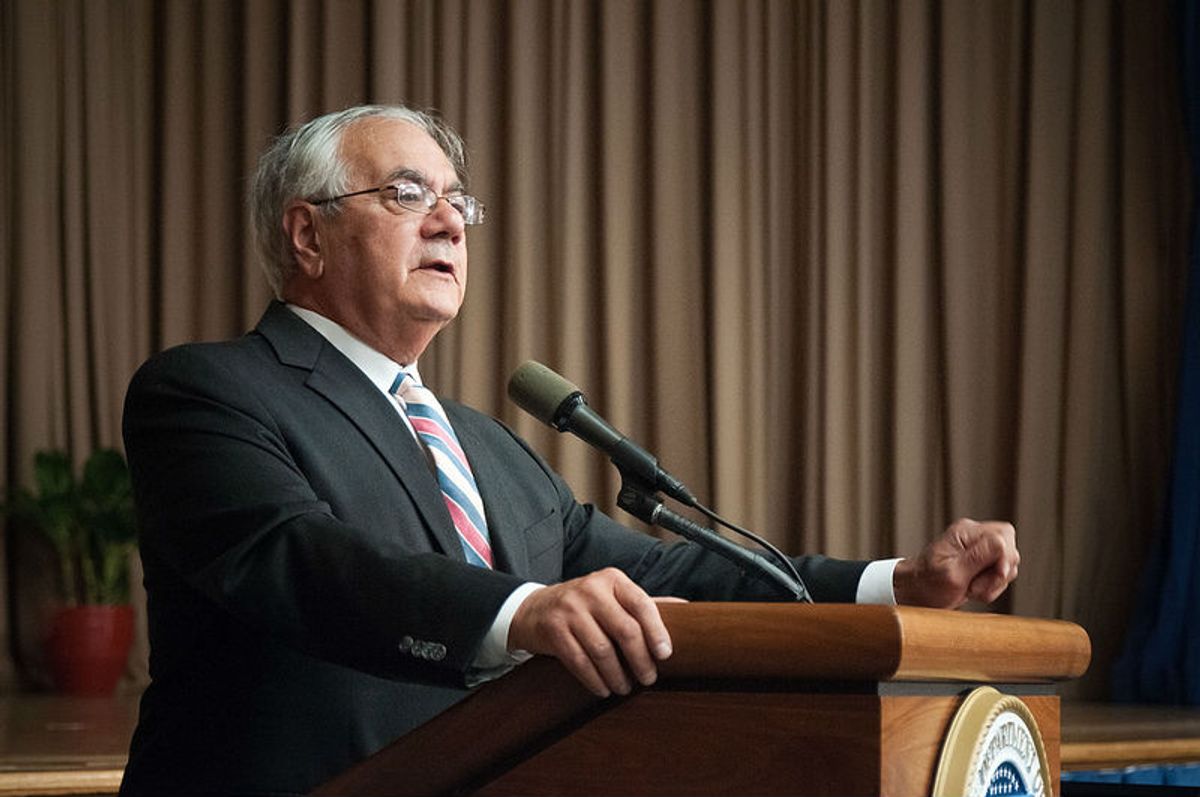 Claim:
A viral quote criticizing Bernie Sanders for saying that the Democratic party was not "progressive" enough originated with Barney Frank.
Rating:

In May 2016, a quote that purported to be from Barney Frank surfaced, in which the former member of the House of Representatives appeared to criticize Bernie Sanders for saying the Democratic party wasn't progressive enough:

The Democratic Party. The party that gave this country its first African-American President; the party that is poised to give this country its first woman nominee of a major party, very likely its first woman President; a party chaired by a Jewish woman; a party which features the first openly gay member of the United States Congress on the party's rules committee; isn't "progressive" enough, or inclusive enough, according to a 75 year old straight white male, who "white flighted" his way out of the most ethnically diverse city in the country, to the whitest state in the northeast United States, and who just passed his 1 year anniversary of declaring himself a member of the party, that he thinks that he is the only fit candidate to be the party's nominee for President. A nomination which if he can't secure it by the ballot, has threatened to secure it by lawsuits, and more than just hinted at violence."

While the quote displayed above was attributed to Barney Frank on several web sites, blogs, social media posts, and forums, none of the aforementioned sources stated where or when Frank said allegedly said this, and we found no record of this utterance published on a major media platform.

Shortly after the quote went viral, Facebook user J Lincoln Hallowell Jr commented on the "God Bless The President Of the United States" Facebook page and claimed credit for the passage:

Hi all. The quote at the beginning of this post is not Barney Frank's. I wrote it, and posted it in a secret pro-Hillary Facebook group. It was lifted, and posted here with neither my knowledge, or permission.

While I'm flattered that my words are being attributed to a great Democrat, and even greater American, he is apparently being unfairly beat up on (in a virtual sense,) for something that I wrote. Please correct the post, and remove Barney Frank's name.