Does This Photograph Show Barack Obama Dressed as Satan?

"Gosh, that cheek looks awfully familiar. Could it be ... Satan?" 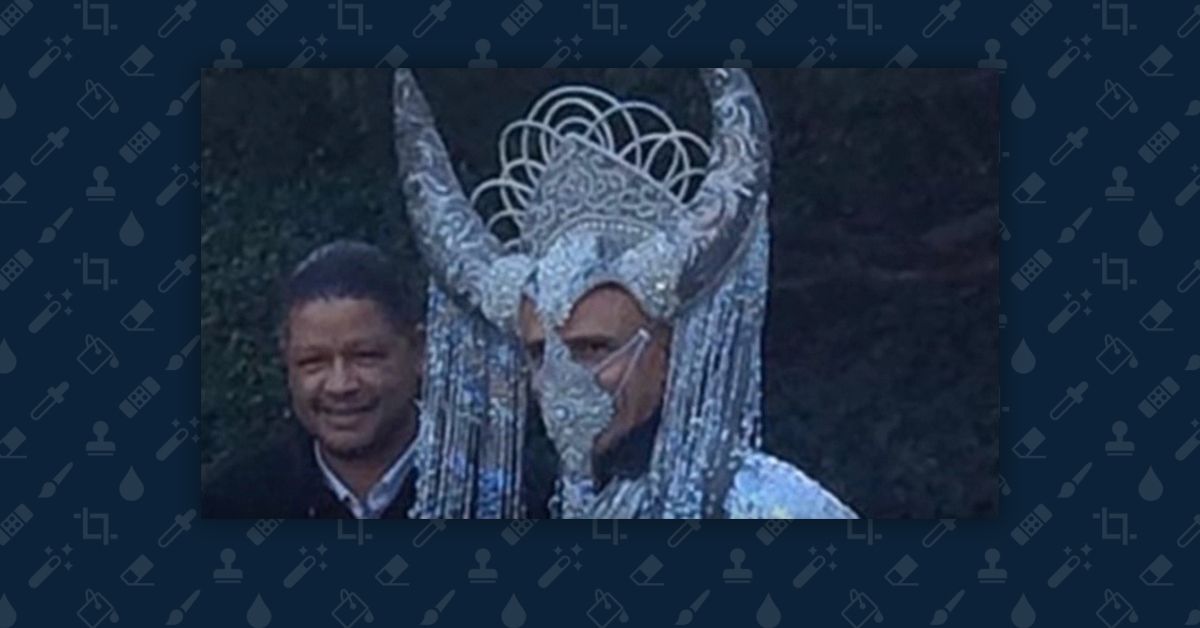 In June 2018, disreputable junk news sister sites Neon Nettle and Your News Wire (now News Punch) reported that a photograph of former President Barack Obama dressed up in a Satan costume, complete with a mask and horns, had been "leaked" to the Internet: Although these sites and others such as Pol Investigates -- a blog that rehashes "investigations" from the /pol/ forum on 4chan -- went to considerable lengths in an attempt to "prove" that the masked man seen in the photograph was Barack Obama, the notion was based on nothing more than a few small sections of someone else's facial features bearing a passing resemblance to those seen a picture of Barack Obama.

Here's one example of how these forums "connected the dots" in order to show that this image truly pictured Barack Obama: Regardless of how many lines might have been scribbled across these graphics, however, the claim quickly fell apart under closer examination.

Where did this photograph come from?

Conspiracy theorists frequently use the word "leaked," implying that they have somehow gained access to secret information that others were trying to prevent from being disclosed. This image wasn't "leaked," however; it was publicly posted to Instagram by user @everysilversea on 20 January 2017 (the date of President Trump's inauguration) along with the caption "class & grace, you're my favourite." The image was later deleted, but an archived version can be seen here.

Pol Investigates asserted that this Instagram user "admitted" the masked person seen in the photograph was Barack Obama when asked about the deleted image: The Instagram user's responding to the loaded question "What's with your Obama pic? Why did you delete it?" by writing "too much hate and not enough support" is what was touted as "confirmation" that the picture of the masked man was truly a photograph of Barack Obama. As this Instagram user was called a "witch" and accused of covering for a "Muslim satanic piece of shit," it seems reasonable to assume that her reason for deleting the photograph was the harassment she received after posting it, as stated.

Who is the man in the mask?

It is difficult to identify a person based on one low-res photograph, especially one in which most of the person's face is obscured by a mask. Yet many viewers readily responded to the power of suggestion and jumped to the conclusion that Obama was connected to some form of Satanic worship based on a single image: The timing of the photograph in itself demolished the absurd argument presented by News Punch:

It seems unlikely that Obama would dress up as Satan for a fancy dress competition or on Halloween. The fact that the person standing next to Obama ... is dressed normally suggests that this photo was not taken at a fancy dress party, but rather that Obama was participating in an Illuminati ritual and paying his respects to his Lord Lucifer.

Since the photograph in question was posted on the day of Donald Trump's inauguration (i.e., the last day of Barack Obama's term of office), it had to have been taken while Obama was still President of the United States. The notion that a sitting president could be cavorting about in a Luciferian costume, participating in an "Illuminati ritual," and posing for photographs openly posted to social media, all without any word of his activities reaching the press or the public until some fake news sites sleuthed it out long after the fact, is ridiculous in the extreme.

The person in the mask -- at least, the small portion of that person's face which is visible -- bears a passing resemblance to the features of Barack Obama. But a much more logical conclusion about his identity can be reached than the far-fetched assumption that person was the President of the United States.

The head piece in this photograph, which was created by Miss G Designs and the pictured costume were both worn to a Burning Man Festival in 2015 by New York Real Estate agent Michel Madie. We've found several other images of Madie in this headdress and costume via Ben Henretig, Scott London, and Facebook:

Indeed, photographs of Madie show him to bear a strong resemblance to the masked features visible in the alleged picture of Barack Obama:

Or, as someone charted in the language of conspiracy buffs: