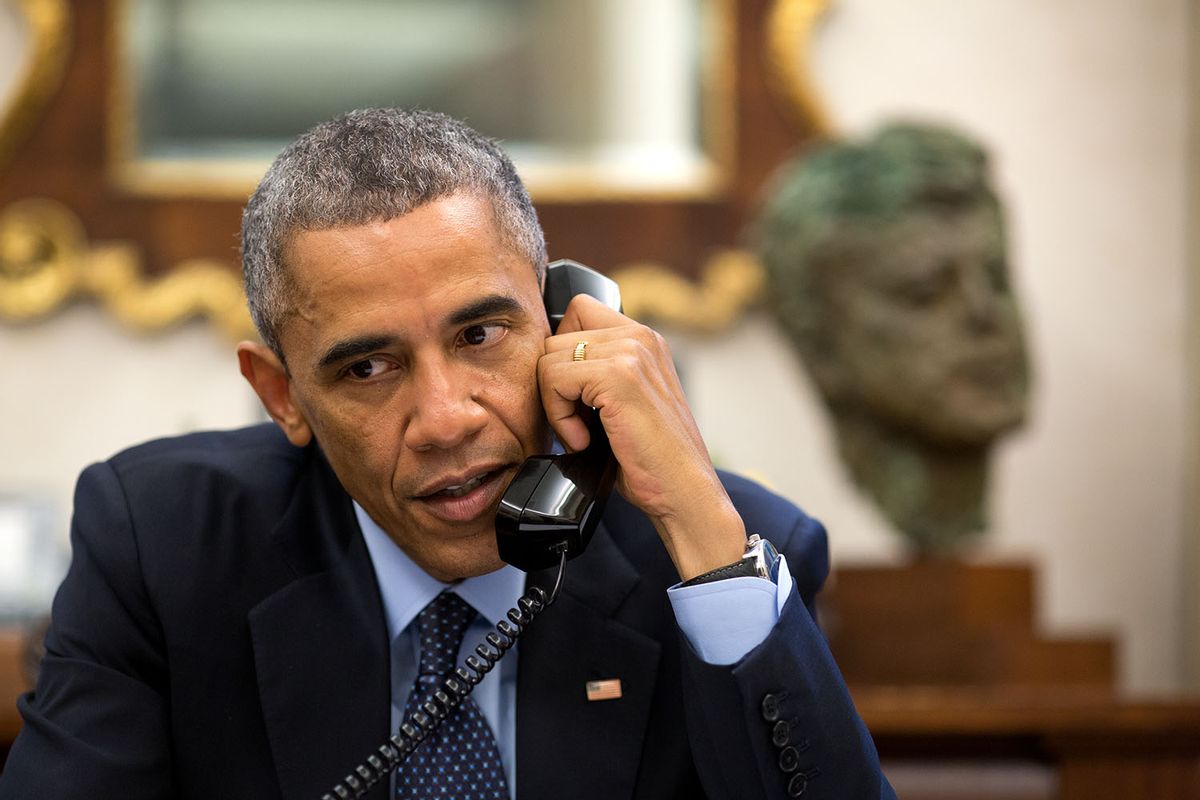 Claim:
A list of some of President Obama's economic accomplishments shows all he has done, even hampered by political obstructionism.
Rating:

Viral recitations of politicians' achievements and failures have become standard election-year fare on social media, and, like the campaign talking points on which they appear to be based, are long on declarative statements and short on nuance.

One of many such lists devoted to President Barack Obama touts his economic accomplishments in office. While the statements it contains are basically true, it behooves the reader to bear in mind that 1.) it's a short list, and 2.) most of the items benefit, accuracy-wise, from a little added context.

"Biggest job growth in manufacturing since the '90s"

It's accurate, as far as it goes, to say that Obama presided over the largest spurt of manufacturing job growth since the 1990s, but how remarkable is that, really? As illustrated in the U.S. Bureau of Labor Statistics graph below, the six-year period from 2010 to 2016 saw the largest sustained increase in manufacturing jobs since 1998 (more than 800,000 added), but what it also shows is how deep a trough manufacturing labor had fallen into over the previous decade, and how depressed it remains to this day, despite a modicum of improvement. Nothing to quibble with here. According to statistics compiled by Autodata, U.S. car sales have increased steadily every year since 2009, and in 2015 set an all-time record of 17.47 million vehicles sold.

Partly true. Certain kinds of "clean energy" production have doubled during Obama's tenure in office, but others haven't -- hydroelectric power, for example, which is our largest single source of renewable energy. U.S. Energy Information Agency statistics show that the production of hydroelectricity has actually decreased somewhat since 2010, though we do, in fact, produce twice as much clean energy from other sources such as solar, wind and biomass today (300 million megawatthours) as we did in 2009 (150 million megawatthours).

"Unemployment cut in half"

True. Between 2010 and 2016 the unemployment rate dropped from about 10 percent to about 5 percent, as illustrated in this Bureau of Labor graph: Which is indeed a 50 percent drop, although, once again, our starting point for comparison is the peak of the Great Recession, when the unemployment rate was at a 20-year high. Perhaps the more impressive statistic is that at 5 percent, the current unemployment rate is below the historical median since 1948 of of 5.5 percent.

True, provided that the starting point for comparison is fiscal year 2009, when Obama's stimulus program pushed the deficit to $1.4 trillion. Given that the 2015 deficit was $439 billion, a drop of about three-quarters from what it was in 2009, the claim holds water. If, however, one compares 2015 to 2008, when the deficit was about $459 billion, the reduction is relatively inconsequential.

"And he did it all with Republicans obstructing"

What's in question here is not so much whether the Republicans did or did not obstruct — whether you call it "obstructing" or "opposing Obama's liberal  agenda," they've done so throughout his administration — but to what extent Obama "did it all." It's standard political practice for the incumbent to claim credit for economic good news (and blame opponents for the bad), but how much credit does Obama actually deserve for this list of "accomplishments"?

On balance, the answer is probably some, but not all. "After all," writes Ben Smith in Politico.com, "the $18 trillion U.S. economy is a massive beast that rises and falls on tectonic forces well beyond the reach of short-term Washington policy changes."

“Some of the early moves by the Obama administration clearly helped get us to where we are right now, especially the government being the spender of last resort after the crisis,” said Beth Ann Bovino, chief U.S. economist at Standard & Poor’s. “But the Federal Reserve also played a very big role. And this is also the natural shape of a slow recovery from a deep financial crisis and recession that is finally getting some traction.”