Will Bananas Be Extinct in Ten Years?

Several hundred different varieties of the fruit, and the reported fear applies to only one of them, the Cavendish. 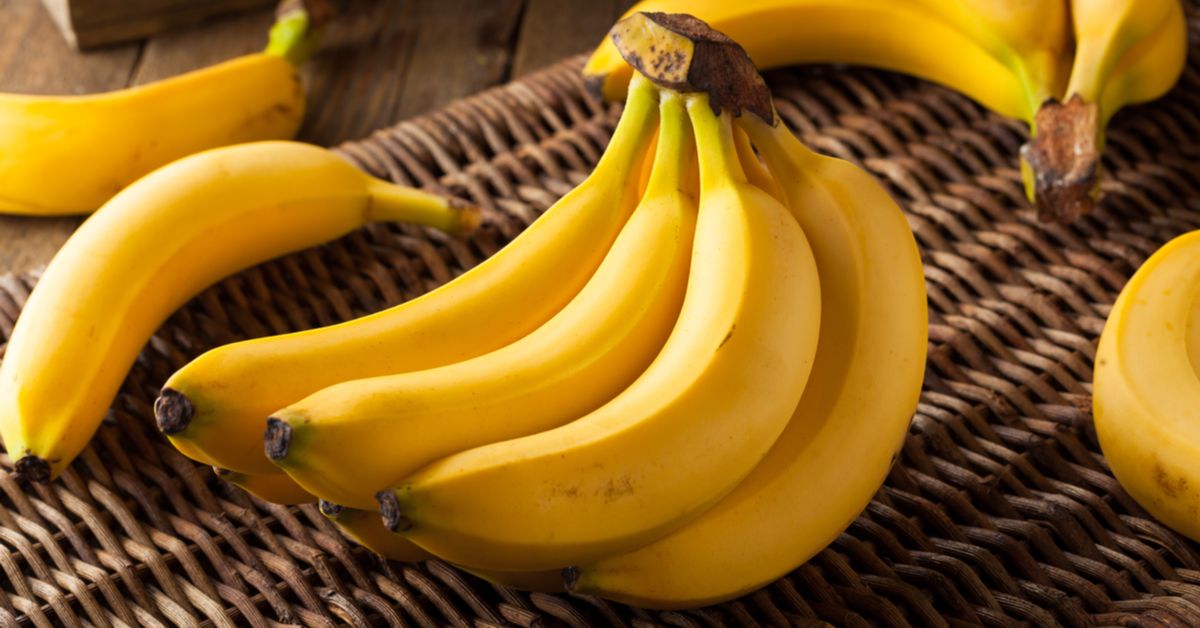 Claim:
Bananas will be extinct within ten years.
Rating:

The most popular form of banana, the cavendish, is currently threatened by a disease that could wipe it out.

All types of bananas are not in danger of going extinct in the near future.

Once again, the ecological doomsday bell has been set to tolling, this time by folks fearful of the imminent demise of our favorite fruit, the banana:

Local radio station reported that bananas as we know them will not be in existence in 5 to The bananas has been genetically altered so much that new plants can not be grown as there are no seeds and the existing plants are slowly being destroyed by a parasite.

In January 2003, a report in New Scientist suggested bananas could well disappear within ten years thanks to two blights: black Sigatoka, a leaf fungus, and Panama disease, a soil fungus which attacks the roots of the plant.

Bananas aren't about to be swept from the face of the earth by a deadly pestilence poised to wipe them out (and more than ten years has elapsed since that original report, yet bananas are still with us). There are several hundred different varieties of the fruit, and the reported fear applies to only one of them, the Cavendish. Granted, the Cavendish is our banana of choice and accounts for the overwhelming pronderance of banana exports and purchases, but it isn't the only banana out there. Even if the Cavendish were lost to us, we would still not be singing "Yes, We Have No Bananas."

The Cavendish, the banana American consumers are most familiar with, has been threatened in some Asian countries by a strain of fusarium wilt known as Panama Disease or Tropical (TR4). This soil-borne fungus attacks roots and cannot be controlled by fungicides; and if were to reach Cavendish plants in large-scale commercial plantations, it could have a devastating impact on the species.

Bananas stand in greater peril from disease and insect damage than the majority of other fruits because they are sterile, seedless mutants. New plants are created from cuttings of existing ones, making them little more than clones of one another. Without the natural diversity resulting from sexual reproduction, bananas continue on generation after generation with the same genetic makeup. Their inability to mutate and adapt leaves them vulnerable to species-wide disaster, because what fells one of them will prove the undoing of every plant within that particular variety. In the 1960s the Gros Michel, then a hugely popular variety of banana, was wiped out by another strain of Panama Disease. The loss of the Gros Michel promoted the Cavendish into the

Lack of genetic diversity does place the banana in a precarious position, and the danger posed by to the Cavendish is real. (Sigatoka, while serious, provides less of a threat in that it can be successfully combated.) According to scientists and banana experts who attended the three-day seminar on conventional and alternative handling of common banana diseases held August 2003 in Guayaquil, Ecuador, bananas were still far from global extinction. Disease control alternatives such as the development of "plants resistant to the main diseases," the employment of "friendly-bacteria, fungi and other micro-organisms," and the increasing use of organic practices have contributed greatly to the successful control of feared banana plagues, they said. This echoes what was reported in February 2003 by a plant pathologist with the American Phytopathological Society (APS) in response to the controversial New Scientist article that brought the plight of the Cavendish to the public's attention:

"Diseases are, and will remain, major constraints to both export and subsistence production of banana, and there is no doubt that Black Sigatoka and Panama Disease constitute the most important threats," said Ploetz, Professor at the University of Florida's Tropical Research and Education Center. "However, it is unlikely that these problems will cause production to decrease greatly in the next decade, let alone that the crop will become extinct."

For Race 4 to spread into the large plantations, either infected banana suckers or infested soil would have to be introduced into the growing fields. There was hope that forbidding practices that allowed this type of spread in banana export-producing countries, along with the starting of new plantations from pathogen-free, tissue cultured plants, would stop TR4 from reaching those plantations. However, news from mid-2015 indicated that TR4 was still spreading, and that some of those perilous growing practices were still in place among banana farmers:

"[TR4's] recent discovery in the Middle East and in Nampula, Mozambique, indicates that the disease is spreading and threatening bananas worldwide," George Mahuku, Senior plant pathologist for the International Institute of Tropical Agriculture (IITA), said.

Even though the disease appears to have spread to just two plantations in Mozambique, the impact on the local economy is already severe: "The disease has already cost Matanuska, the company that owns the plantations, about $7.5 million. A total of 230,000 plants have been affected and destroyed. At the current rate of infection, the farm is losing 15,000 plants per week, translating to $236,000 per week," said Mahuku.

The disease is not more virulent than the one that killed the Gros Michel, but it's spreading because the bad practices from 50 years ago are still in place: "The banana industry is in denial about this, and standard agricultural quarantines like fencing the crops and cleaning the equipment are not enough," added [author Dan] Koeppel.

The only solution would be to burn the plantation down and start over, but with a different crop. Restarting with bananas doesn't work because the fungus stays in the soil.

Still, argiculturalists hope that even if TR4 can't be eradicated, it can at least be contained:

In Africa, a 12-month emergency project funded by FAO is underway to tackle TR4, and Mahuku is optimistic that the disease can be contained to the areas where it has been observed: "To achieve this, financial resources are needed, otherwise inaction due to lack of resources will be catastrophic, especially for small farmers who depend on bananas for their livelihoods," he said.

According to Joao Augusto, a plant pathologist working with IITA in Mozambique, there aren't many options to effectively control the disease: "It cannot be eradicated, but it can be limited if a wide range of strong preventive and mitigation initiatives are put in place and rigorously implemented. In countries where the disease is endemic, the banana growers have learned to live with it."

Ultimately, history could well repeat itself and prompt banana growers to look for a new alternative. There is no good candidate at the moment, but hybrids and GMOs are being considered.

Bananas are a nutritional gold mine. At only per offering, they contain a mere trace of fat. They are high in which helps fight infection and is essential for the synthesis of heme, the iron-containing part of hemoglobin. They are also rich in potassium (more than per banana) and are a great source of fiber. In recent years, a number of claims about their healthful benefits have surfaced, including that they combat warts, depression, and morning sickness. Although the jury is still out on those benefits, this humble yellow-skinned fruit could lower the risk of heart attack and stroke as part of a heart-healthy diet and could potentially even lower the risk of cancer. Or at least so says the FDA.

Bananas, by the way, grow on plants, not trees. One last bit of banana trivia: a bunch of bananas is properly styled a hand, and a single fruit a finger.