An image appearing to show Donald Trump with balloons stuffed into his shirt is actually a composite of at least two different photographs. 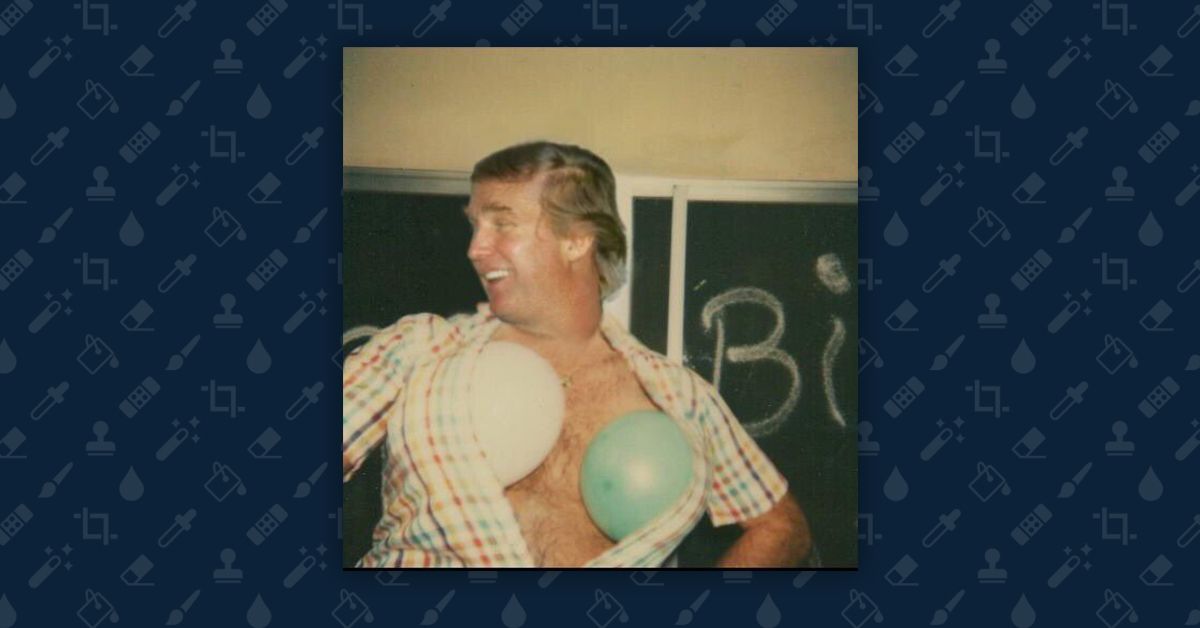 Claim:
A photograph shows President Trump with balloons stuffed into his shirt.
Rating:

In June 2017, a stream of hoax images featuring now-president Donald Trump appeared on social media, pushed by Twitter accounts such as @TrumpSnapshots with no explanation or context. One such picture appeared to show a sweaty-looking Trump with balloons stuffed into his shirt: This is not genuine; it is an image was created by digitally manipulating Trump's face onto another person's body. The same tactic was used to create a faked image of Trump wearing a diaper, partying with Liberace, and posing with a stripper.

Here is the original photograph, which was evidently culled from an eBay listing: The eBay page for this photograph did not provide much information about the photograph, other than it was apparently taken at some point during the 1970s. Regardless, it is not a photograph of Donald Trump in any decade.