Did Televangelist Jim Bakker Say 'God Will Create a Holy Line of Trumps'? 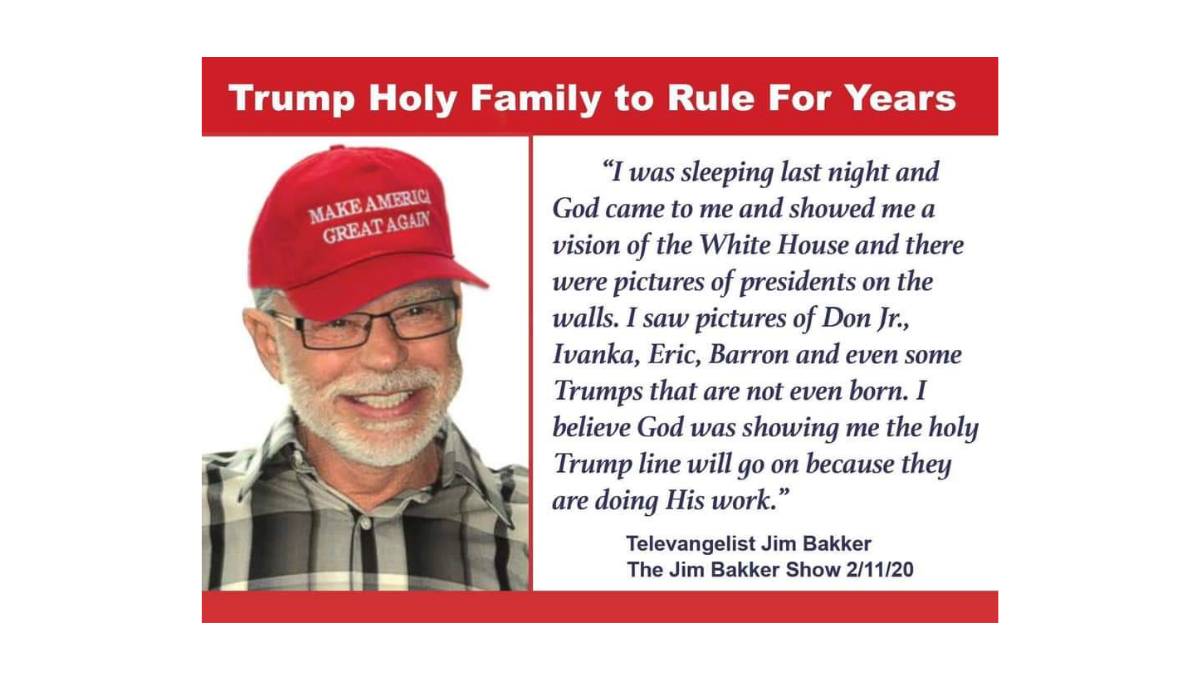 Claim:
Televangelist Jim Bakker described a dream he had in which God showed him the "holy Trump line" that would "rule" for years.
Rating:

The quote can be traced back to a Feb. 12 Business Standard News article positing that Bakker described a dream he had in which he saw a succession of family members of U.S. President Donald Trump occupying the White House:

Bakker: God Will Create a Holy Line of Trumps

Former televangelist Jim Bakker has given details of a recent vision he had about the Trumps. According to Bakker, God showed him a vision of an unending line of Trumps in the White House.

“I was sleeping last night and God came to me and showed me a vision of the White House and there were pictures of presidents on the walls,” said Bakker in an interview in Charisma magazine. “I saw pictures of Don Jr., Ivanka, Eric, Barron and even some Trumps that are not even born.”

“I believe God was showing me the holy Trump line will go on because they are doing His work,” said Bakker.

"The Business Standard News is a satirical site designed to parody the 24-hour news cycle. The stories are outlandish, but reality is so strange nowadays they could be true."

The above-displayed meme carried no such disclaimer, prompting some to question whether Bakker had indeed made the remark.