Were Bahamians Fleeing Dorian Told to Leave a Ferry to Florida Because They Lacked Visas?

The answer had to do with confusion and miscommunication rather than new visa requirements. 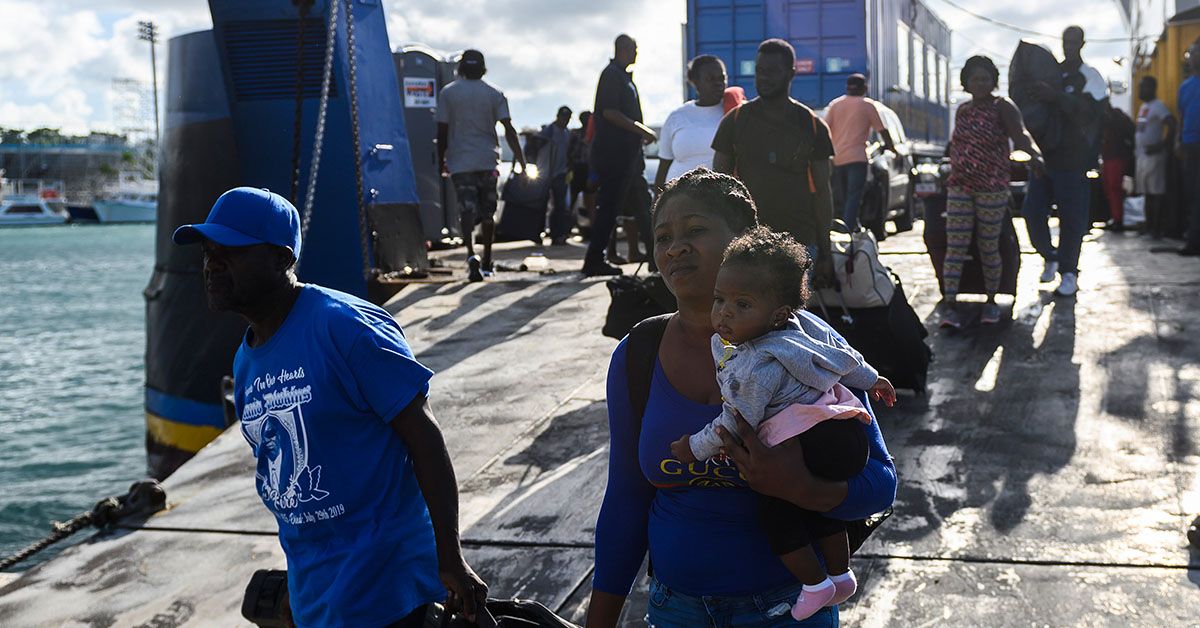 Claim:
Bahamians fleeing the destruction of Hurricane Dorian in late summer 2019 were forced to leave a boat to the U.S. because they didn't have visas.
Rating:

Dozens of Bahamians who were fleeing Hurricane Dorian were told to get off a ferry boat headed to the U.S. if they didn't have travel visas.

The incident was the result of a lack of communication between the ferry operator and U.S. immigration authorities, not a result of a new U.S. policy requiring Bahamians to have such visas.

Reports that Bahamians without travel visas were being ordered to disembark from a ferry headed to the U.S. after Hurricane Dorian hit the Bahaman islands in September 2019 prompted some readers to question whether the Trump administration's harsh stance on immigration had seeped into Hurricane Dorian relief efforts with the imposition of new entry requirements. But the U.S. Customs and Border Protection (CBP) agency blamed the incident on the ferry operator's failure to coordinate with U.S. authorities as requested.

The incident of Sept. 8, 2019, was captured on video by WSVN reporter Brian Entin, who posted it via his Twitter account. In the video, a voice can be heard on the loudspeaker of a ferry docked in Freeport, Bahamas, which was getting ready to transport Dorian evacuees to Florida, instructing passengers lacking U.S. visas to disembark:

Another announcement just made ordering any Bahamian without a US visa to disembark ferry — not allowed to evacuate. They were told before boarding it was ok with Bahamian passport and clean police record. Something has now changed. pic.twitter.com/m7CnZxoiMM

The video raised questions about whether the Trump administration had implemented a new policy requiring Bahamians traveling to the U.S. to possess travel visas, even as they were fleeing the impacts of a hurricane that left several dozen of their fellow residents dead. President Donald Trump himself added to the confusion with remarks that made it appear he was cracking down on Bahamian-storm evacuees.

But CBP officials rushed to clarify that was not the case.

The agency released a statement saying that CPB "was notified of a vessel preparing to embark an unknown number of passengers in Freeport and requested that the operator of the vessel coordinate with U.S. and Bahamian government officials in Nassau before departing The Bahamas."

CBP noted in their statement that 1,500 other evacuees had arrived in Florida and were processed smoothly the day prior to the incident captured on video. Entin interviewed officials from CBP in Florida once the ferry arrived, who said that had the ferry operator, Balearia Caribbean, coordinated with them, the problem could have been avoided:

Just interviewed @CBPFlorida when we got off ferry in FL. They say they would have accepted and processed the Bahamians, and blame the ferry company Balearia. CBP says they tried to coordinate with Balearia but company "made a business decision" to take the evacuees off the boat. pic.twitter.com/ONkgdcJvS3

We reached out to Balearia Caribbean for comment and did not receive a response. However, the company did issue an apology, with CNN quoting them as saying, "We boarded these passengers with the understanding that they could travel to the United States without visas, only to later [be] advised that in order to travel to Ft. Lauderdale they required prior in-person authorization from the immigration authorities in Nassau."

Many Bahamians don't need travel visas to enter the U.S. and can receive clearance prior to traveling if they meet certain requirements, including possession of a valid passport and lack of a criminal record. In the aftermath of the incident, acting CBP Commissioner Mark Morgan took to Twitter to clarify that this situation has not changed:

Those evacuating from the Bahamas who are U.S. citizens, Lawful Permanent Residents, and those with proper documentation to enter the U.S. are being processed at U.S. Ports of Entry. No visa document requirements have changed.

Morgan further stressed during a press conference that CBP was engaged in a humanitarian mission in the Bahamas: "If your life is in jeopardy and you’re in the Bahamas ... you’re going to be allowed to come to the United States, whether you have travel documents or not."

Maxouris, Christina, et al.   "Ferry Operator Apologizes After Dozens of Bahamian Evacuees Were Told to Get Off a Ferry Headed to the US."     CNN.   10 September 2019.