Does a Video Show Baby Giraffes Frolicking in a Park?

A baby giraffe weighs about 150 pounds and stands about 6 feet tall. 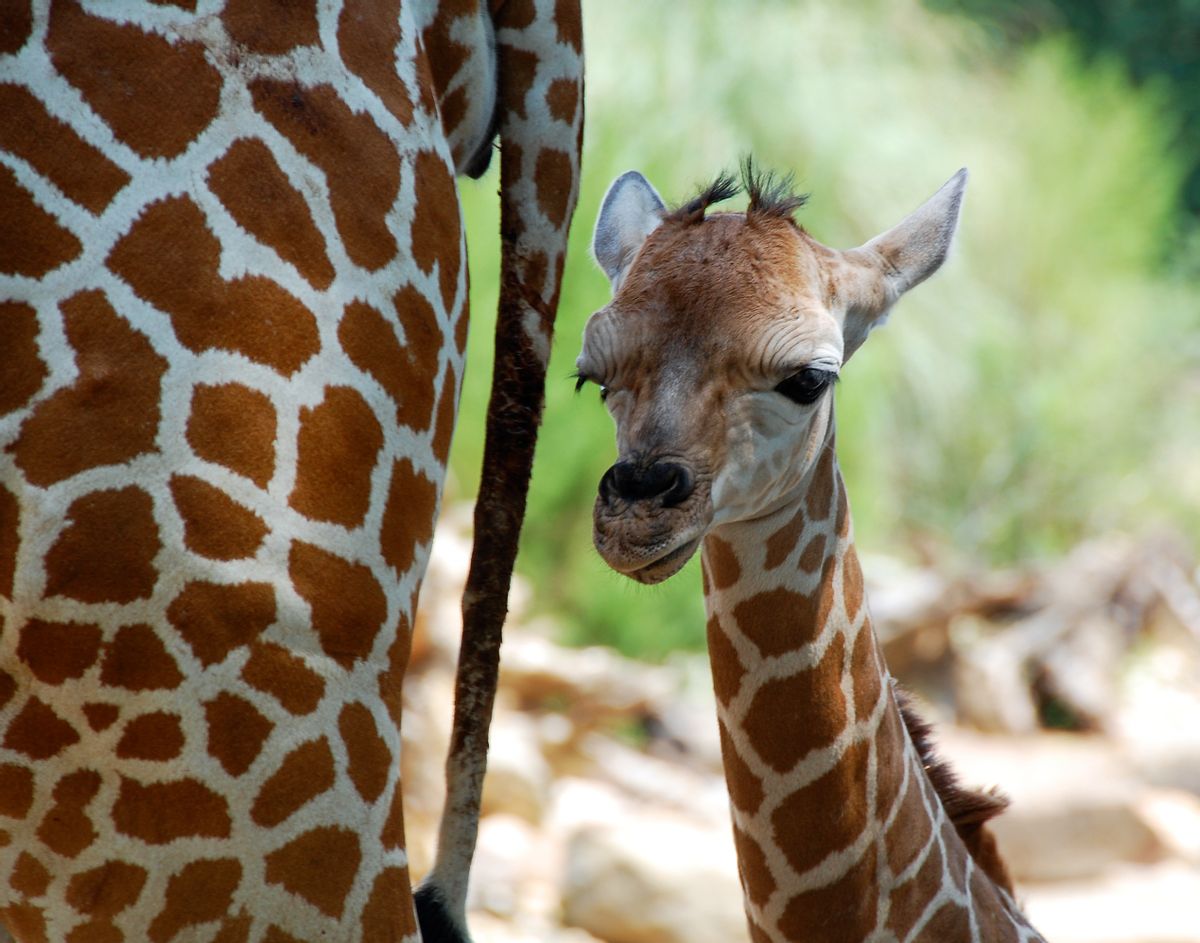 Claim:
A video shows a group of baby giraffes.
Rating:

In October 2020, a video supposedly showing about a dozen baby giraffes running around in a park went viral on social media. Here's a screenshot from one viral posting with nearly 10 million views. The video did not feature real baby giraffes. This video was created by digital artist Vern Manlapaz and shared to his Instagram account in August 2020:

Manlapaz did not specifically state that these baby giraffes were CGI creations. However, his Instagram page is full of similar content featuring unbelievable images, such as flying turtles, oversized dachshunds, and how-are-they-alive triceratops. Here's one example of Manlapaz's work:

Vice published an article about Manlapaz in 2017 after another one of his videos went viral -- this time showing a flying broom at Harry Potter World:

Manlapaz, who works full time as a 3D Animation and VFX Manager in LA, uses his skill set to inject magical moments like these into everyday activities. He's loved animation since watching The Lion King as a kid, and studied at both the De La Salle–College of Saint Benilde and then, on scholarship, Vancouver Film School. In his downtime he uses Autodesk Maya and Adobe After Effects to bring inanimate objects to life or transport pop culture icons into his reality.

"My creative process usually starts by looking at my surroundings and asking myself, 'What if?' From there I get inspiration from games, movies, people, and life in general," he tells Creators. His technique is very DIY, but requires expertise to pull off. "Once I get the concept out," he explains, "I go shoot outside with my iPhone. Then I shoot a 360° spherical image of the location, which I use as my reflection map to get lighting and reflections right."

In addition to this artist's penchant for magical realism, the baby giraffes in this viral video are simply too small to be real. According to PBS, most newborn giraffes weigh about 150 pounds and stand over 6 feet tall:

This is not the first time that we've been asked about some surprising giraffe content. We've previously examined a video supposedly showing giraffes that were trained to high-dive into a pool and a photograph that supposedly showed a giraffe with an unusually short neck.