The playful baby elephant seen in a touching photograph was zoo-born; he didn't lose his mother to poachers. 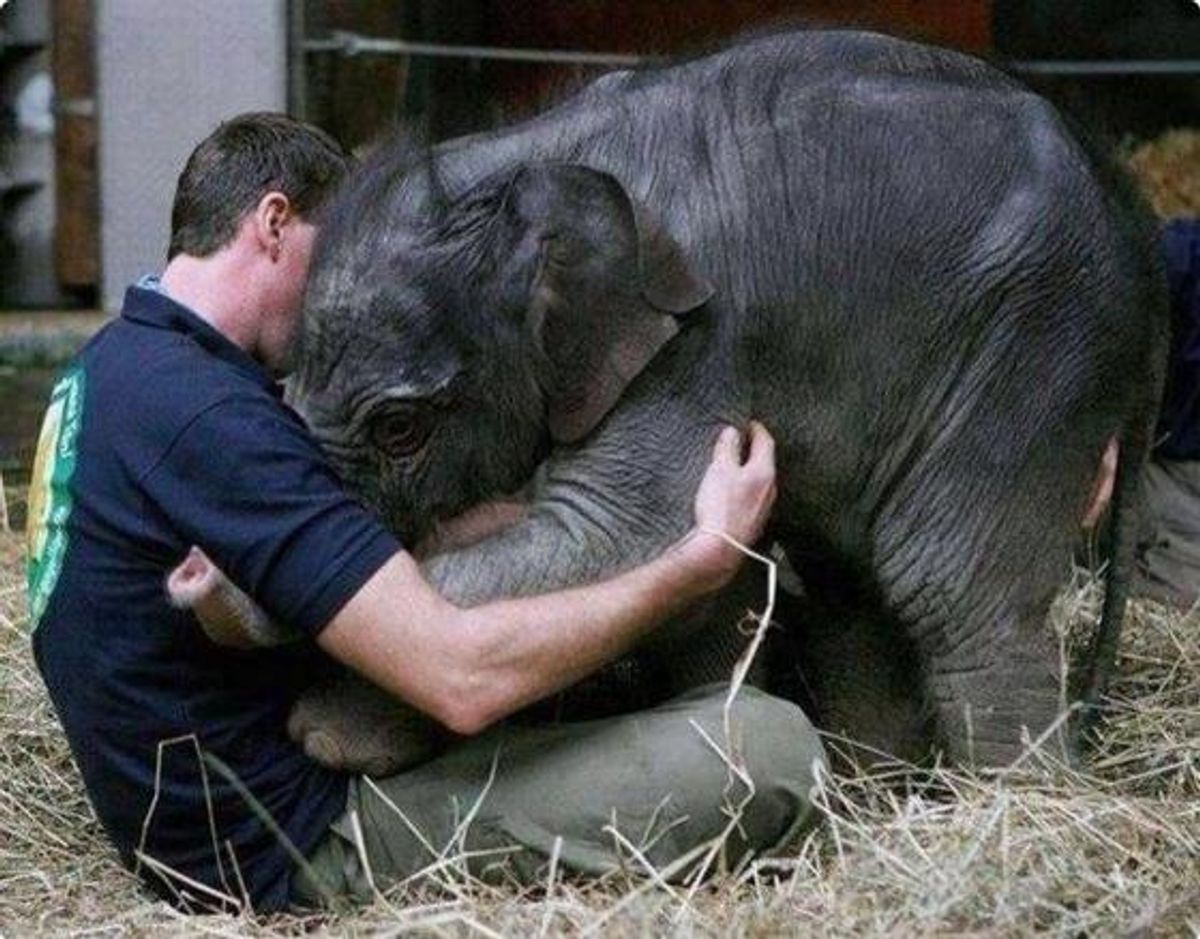 Claim:
Photograph shows a man caring for an elephant whose mother had been killed by poachers.
Rating:

The charming photograph of a baby elephant "greeting the man who is caring for her" seen above has been given extra online poignancy through being circulated with the tacked-on claim that the pictured pachyderm was being cared for by humans because she had "lost her mother to poachers."

The picture needs nothing added to it to be compelling, however, especially (as in this case) a bit of fiction. In fact, the elephant seen here did not lose his mother to poachers (or any other cause). This little pachyderm was born in a Munich zoo in 2009 and is seen here playing with one of his keepers at that facility, as noted in the original Getty Images caption to the photograph (in which the two-day-old elephant is confusingly referenced as both male and female):

MUNICH, GERMANY — DECEMBER 23: New born elephant Jamuna Toni plays with one of his keepers at Hellabrunn zoo on December 23, 2009 in Munich, Germany. The female baby elephant was born on December 21, 2009 with a weight of 112 kilograms.