Are Photos of a 'Baby Deposit Box' in Namibia Real?

"Just place the baby there and press a button there for notification so the baby can be picked up immediately," a viral Facebook post reads. 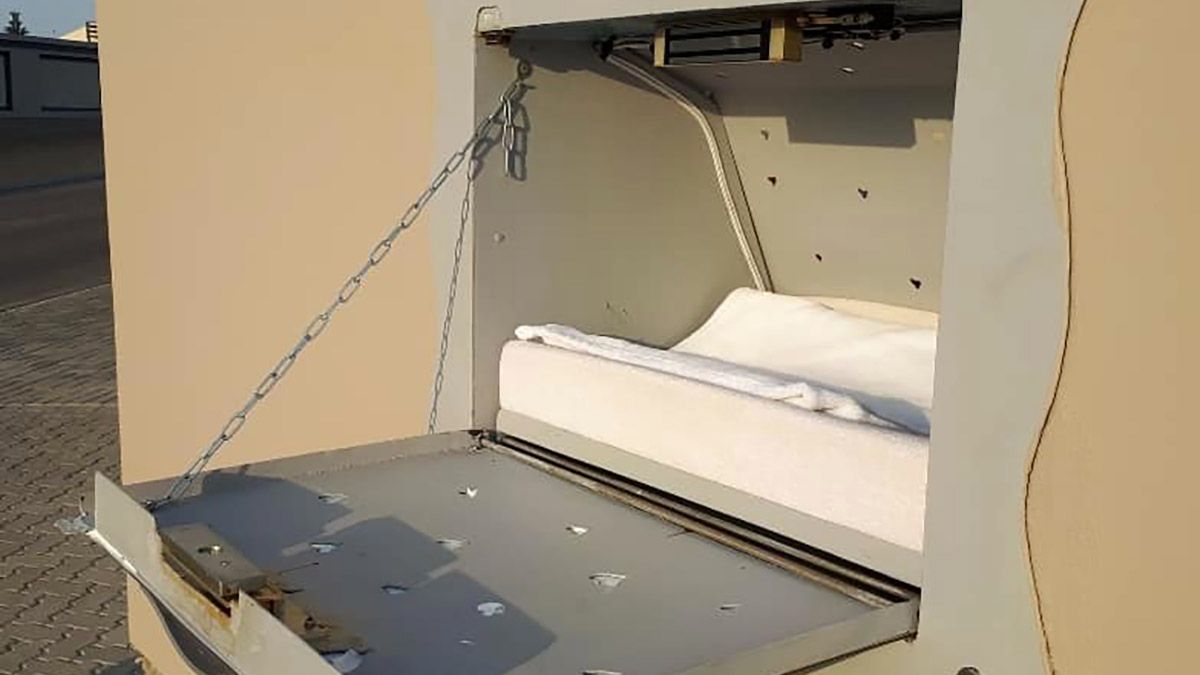 Claim:
Facebook photos of a so-called "baby deposit box" that surfaced in summer 2022 were genuine depictions of a site in Namibia for new parents to leave unwanted newborns.
Rating:

In August 2022, readers asked us to confirm or disprove the legitimacy of pictures in a popular Facebook post that claimed to show a so-called "baby deposit box" in Namibia for new parents to leave their unwanted newborns "instead of dumping them." We soon found that the story and photographs were real.

The photographs might remind readers of similar fire department drop boxes in the U.S.

The Facebook post, with which hundreds of thousands of accounts had engaged as of this writing, documented a real endeavor by a Swakopmund couple named Ronel and Dick Peters. Snopes was able to authenticate the Facebook post's images by cross-referencing them with tweets that the couple had sponsored more than a year earlier, in April 2021. For those reasons, we rated this claim "True."

The story dates back to 2018. At that time, the couple decided to open their home to "babies who [were] not wanted by their mothers," according to reporting from The Namibian.

A nonprofit called the Ruach Elohim Foundation grew from the idea. The "baby deposit box," known to them as their "baby saver box," was built with the foundation's logo placed on the front side:

The foundation is described on its official Facebook page as "a voluntary association in Namibia focusing on the awareness of baby dumping, as well as the care of unwanted, abandoned, abused, and neglected babies."

The Namibian reported in 2019:

Ruach Elohim means 'Breath of God' in Hebrew. The foundation was registered with the Ministry of Gender Equality and Child Welfare as a place of safety.

'We decided to open our house to take care of unwanted, neglected, vulnerable, and abandoned babies. This foundation was registered as a means to help stop baby dumping and to prevent babies from dying a horrible and lonely death by the very hands of those who were supposed to take care of them,' said the founder, 46-year-old Ronel Peters.

Peters, who has left her job as a pharmaceutical medical representative, and moved with her husband from Windhoek to Swakopmund to create a safe home, became even more concerned and determined to continue her mission following recent reports of child dumping in the media.

The rest of the Twitter thread showed multiple photos of the couple spending time with infants who were presumably left with them.

According to the foundation's Facebook page, as of July 2022, seven babies had been left in the "baby saver box":

We reached out to the Ruach Elohim Foundation with several questions about their efforts and will update this story if we receive a response.

In sum, yes, a family in Namibia had installed a so-called "baby deposit box" as seen in photos in a viral Facebook post. They called it a "baby saver box," and their foundation said it had saved the lives of seven babies who may otherwise have been aborted, abandoned, or neglected.