Was a Baby Born Holding an IUD?

A newborn was photographed holding his mother's failed birth control device, but he was not born clutching it in his hand. 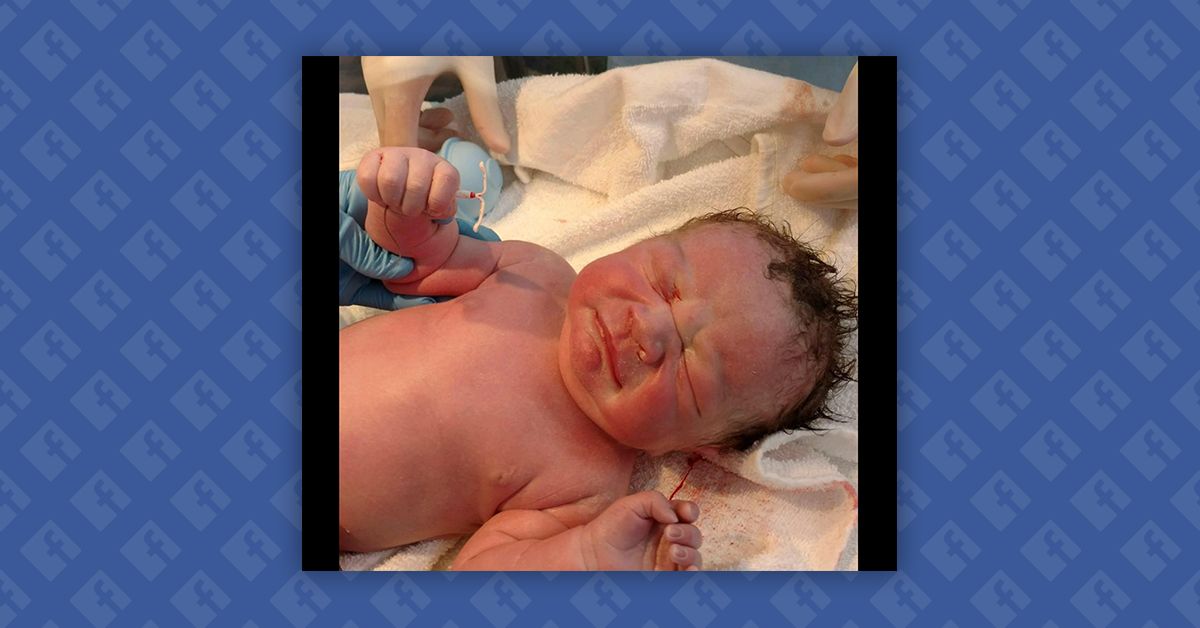 Claim:
Photograph shows a newborn baby clutching an IUD in his hand.
Rating:

On 28 April 2017, a mother proudly (and jokingly) displayed a photograph on her Facebook page showing her newborn baby clutching a Mirena-brand intrauterine birth control device (IUD) in his tiny hand, along with a caption that read, "Mirena fail!"

The image took on a life of its own in the days following the child's birth and was shared tens of thousands of times via social media. Unsurprisingly, some viewers interpreted the image to mean the baby was delivered holding the IUD in his hand, delighting in the idea that he had vanquished it and was clutching it triumphantly in the womb: However, the baby's mother, Lucy Hellein, never said her child was born holding the IUD in his hand. Rather, she told First Coast News that doctors had known the IUD had remained in her uterus throughout her pregnancy but were unable to locate it. After it was found and removed during her c-section, it was "placed in the hand on her son as a sort of tongue-in-cheek nod to conceiving while having an IUD in" while a friend snapped the now-viral "cheeky photograph."

Dr. Leena Nathan, an OBGYN and assistant clinical professor for the University of California at Los Angeles told us IUDs are a highly effective birth control method. Although it's rare, doctors occasionally find failed ones in the uterus after a child is delivered.

She said it would be impossible, however, for a newborn to be delivered holding such a device because there would be no way for the IUD to get inside the amniotic sac, a fluid-filled membrane that envelops a fetus while it grows inside the womb.

Mirena, maker of the IUD, says on their web site that the device is over 99 percent effective at preventing pregnancy.

Diebelius, Georgia.  "Baby Poses with Implant That Was Supposed to Stop His Mum Getting Pregnant."   Metro.  3 May 2017.