Is This 'Avoiding the Future Plague' Video a Real PSA From the 1950s? 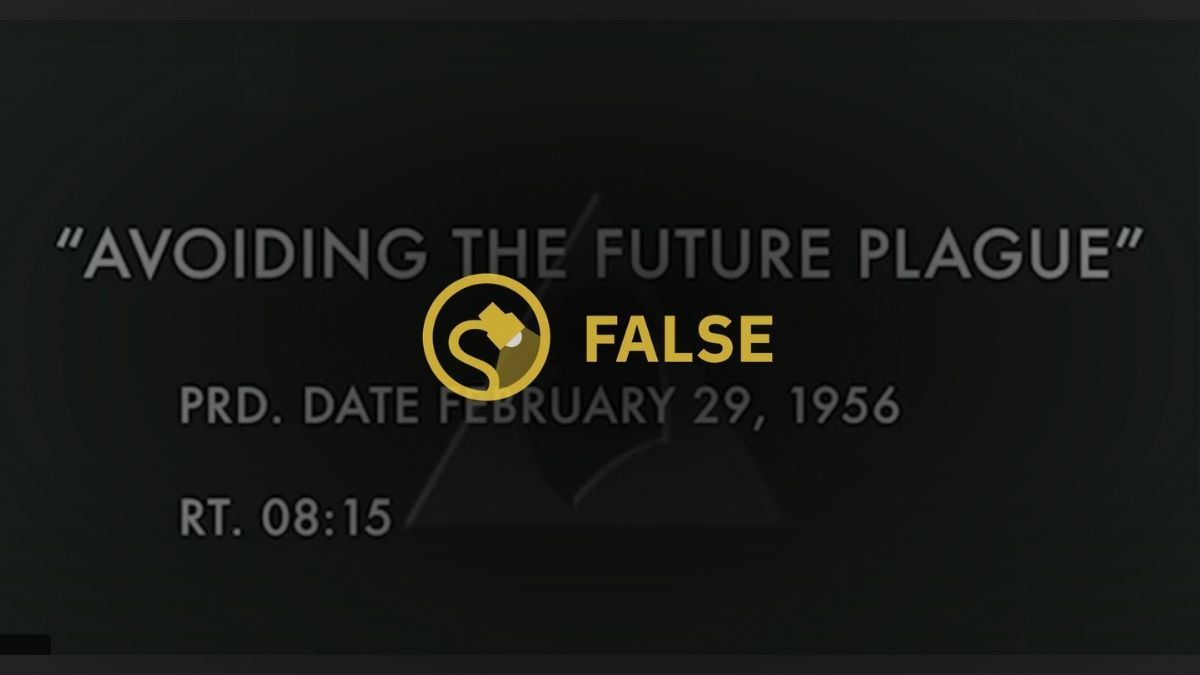 Claim:
A video shows a genuine public service announcement from 1956 about how people can avoid a future plague.
Rating:

In September 2020, as the U.S. death toll from the COVID-19 pandemic rose above 200,000, a video supposedly showing an oddly prescient public service announcement (PSA) from the 1950s about "avoiding futures plagues" started going viral on social media:

This is not a genuine PSA from the 1950s. This video was created circa March 2020, and combines modern-day narration with a mash-up of archival footage. For example, one clip of a woman sipping from a cup was taken from the 1956 film "Tornado," and the images of the house cleaning robot comes from the 1940s film "Leave It to Roll-Oh."

The biggest tell, however, comes in the final moments of this so-called PSA.

After making some suspiciously prescient comments — this fake PSA says that the world will face a new plague in 2020 — the film cuts to a commercial about Doeskin Napkins. (Interestingly, the Doeskin Napkins commercial appears to be real, and refers to a genuine product.)

When the PSA returns, the narrator informs the viewer that they are about to be told the "answer about how to avoid the deadly virus set to sweep the world." Then, in a humorous turn of events, the video cuts to a screen that says "missing footage" before a second screen shows that this is the end of the PSA.

This viral video is not a genuine PSA about avoiding the future plague, and was created as a joke. This video was made by YouTube user "RamsesThePigeon," and the original upload was accompanied by a caption explaining that they "threw this together" from archival and public domain footage.

It's hilarious to look back on what people from the 1950s thought the future would be like!

Archival and public domain footage was acquired from Archive.org.

Also, yes, I only threw this together because I wanted to have a video upload on February 29th.