Does Video Offer Real Footage of the Titanic Sinking? 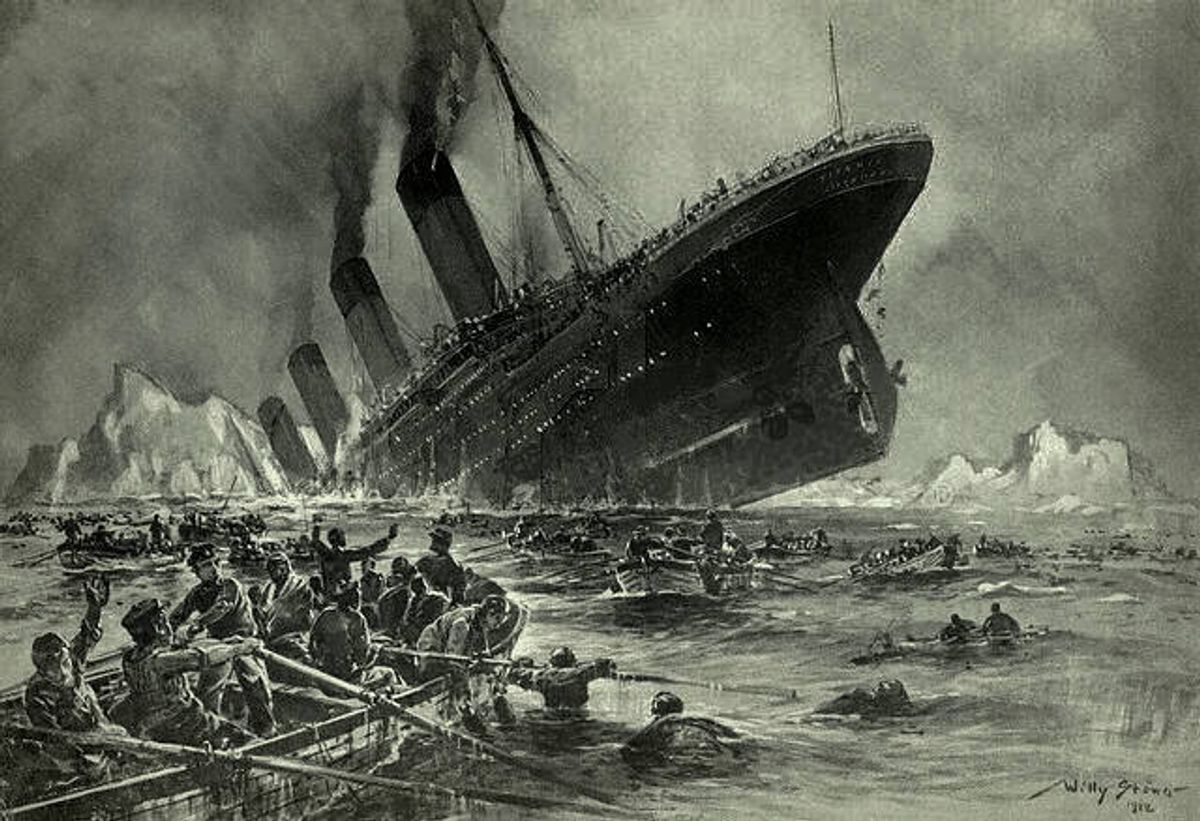 Claim:
A video shared to TikTok in July 2022 authentically showed the sinking of the Titanic.
Rating:

More than a century after the infamous sinking of the RMS Titanic, which resulted in the death of more than 1,500 passengers, the internet continues to obsess over the tragedy. Case in point: July 2022, a fake video shared to TikTok that claimed to show the sinking of the cruise liner racked up nearly a half-million likes.

A caption accompanying the video read, “Rare footage of the 1912 sinking of the Titanic.” However, the video is a fake.

Titanic left its port of Southhampton, England, for its transatlantic maiden voyage on April 10, 1912. Four days later, the nearly 900-foot vessel collided with an iceberg near Newfoundland, Canada, at 11:40 p.m. Two hours and 40 minutes later, the vessel broke in two and sank, according to the Titanic Inquiry Project. Because many of its passengers were noteworthy individuals, the sinking of Titanic quickly became one of the first international news stories of the 20th-century — and along with it came a slew of misinformation, notes the Titanic Newspaper Archives.

Apparently, that legacy of misinformation has followed the wreckage 110 years later.

The room that appears in the video presumably contains the Grand Staircase, which was described as “one of the most impressive features on board the RMS Titanic and the center of first-class activity.” James Cameron’s 1997 film classic "Titanic" resurfaced the fame of the centerpiece. Back to the TikTok video. How do we know that is is fake? First, listen to the audio. You can hear dramatic screaming in the background, but there are no visible people in the frames.

Let’s also mention that handheld video cameras weren’t a thing in 1912. Sure, cameras in the 1910s were more mobile than those of previous decades, but The Living Image vintage camera museum notes that “cameras of this era [were] still mainly of wooden, folding construction” — heavy and not easily mobile. There is surprisingly little genuine film footage of the Titanic both right before and after the disaster, but it does exist. British Pathé was a producer of newsreels throughout the 20th century, reported the pop-science website IFLScience. A six-minute newsreel produced in the aftermath of the disaster spans multiple scenes after the vessel sunk and the ensuing search for survivors. The first scenes from the footage below depict the Titanic as it left port for disaster.

As you can see, authentic film footage from 1912 is much different than the clips shared to TikTok.

Lastly, we checked the Instagram account associated with the TikTok profile. It led us to a person presumably named Taylor Tituss, who has a description in the profile reading, “I make video edits for fun.”

"So, to clear things up, the video is fake," Tituss told Snopes, adding that he took the footage from a YouTube clip posted to the platform in May 2021. A caption accompanying the video, which had over 1.5 million views as of this writing, claimed the following:

Mr Joseph Davies a 17 year old boy who was a Photographer on the Titanic the day it perished down in the Atlantic ocean in 1912.
This footage was recovered in 2020 by a historian Investigating the sinking of the titanic.
He commented "A camera was found in the Atlantic ocean where the titanic sits to rest. It was a miracle the camera was still intact after it was found in 1989."
"After years and years of trying to recover the footage found in the films, they were unsuccessful until in 2020 when they became successful recovering the footage using state of the art technology."

We previously fact-checked the claim that an "old camera" from the Titanic was found deep in the ocean. That's also false, as is the below video:

As we previously reported, a young girl named Bernice Palmer did capture photographs of the iceberg that Titanic collided with, as well as images of survivors. The Natural Museum of American History published that Palmer carried a handheld camera on the ship that responded to the Titanic’s distress call:

In 1900, the Eastman Kodak Company came out with the handheld box camera known as the “Brownie.” An immediate hit, more than 100,000 were sold in its first year. Canadian Bernice “Bernie” Palmer received a Kodak Brownie box camera, either for Christmas 1911 or for her birthday on January 10th, 1912.

In early April, Bernie and her mother boarded the Cunard liner Carpathia in New York, for a Mediterranean cruise. Carpathia had scarcely cleared New York, when it received a distress call from the White Star liner Titanic on 14 April. It raced to the scene of the sinking and managed to rescue over 700 survivors from the icy North Atlantic. With her new camera, Bernice took pictures of the iceberg that sliced open the Titanic’s hull below the waterline and also took snapshots of some of the Titanic survivors.

We've looked into a number of rumors and claims surrounding the sinking of Titanic (did we mention that the internet is obsessed?). Let's sink these rumors once and for all. Here are some other Snopes fact checks that you may enjoy:

“This Haunting Video Is The Only Genuine Footage Of The Titanic Before And After It Sank.” IFLScience, https://iflscience.com/this-haunting-video-is-the-only-genuine-footage-of-the-titanic-before-and-after-it-sank-59628. Accessed 2 Aug. 2022.