Did Australia Enact a 'Social Credit System' for Internet Access?

The claims went viral in December 2022, but stem from an out-of-date television news segment that has been misrepresented. 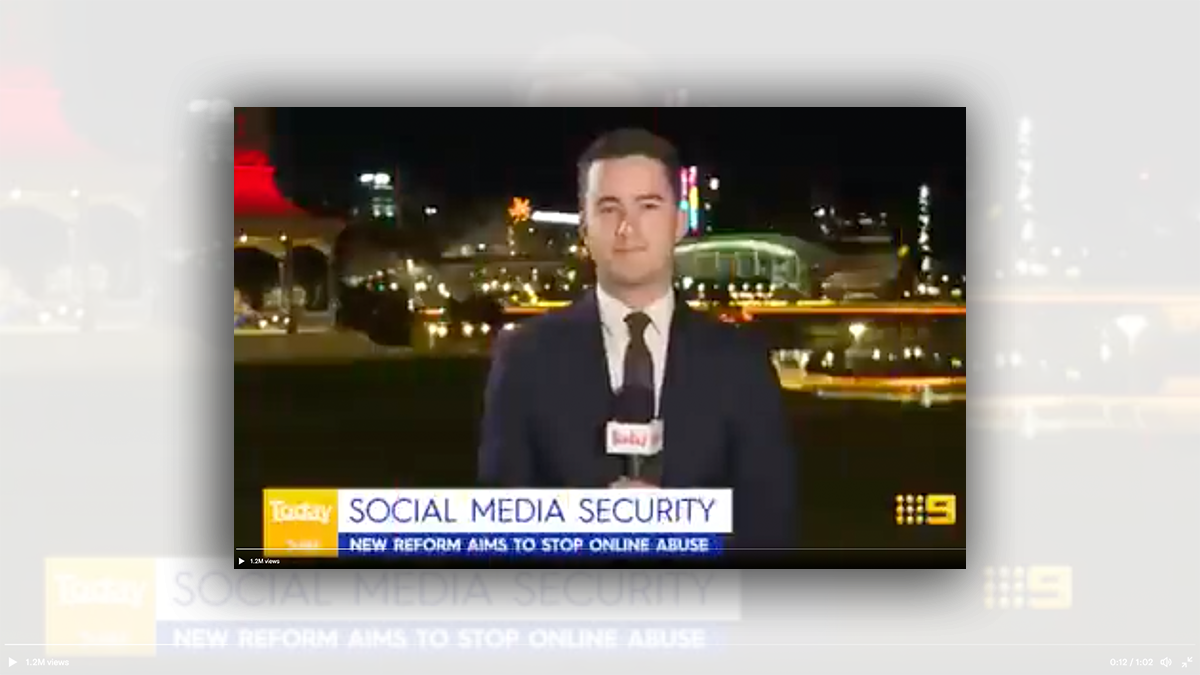 Claim:
The Australian government introduced a "social credit system" that requires people to access the internet via a digital ID.
Rating:

In mid-December 2022, assertions that the Australian government had — or had planned to — introduce a "social credit" system requiring people to access the internet "via your digital ID" went viral. These claims mixed proposed-but-never-enacted legislation in Australia with language long associated with digital ID conspiracy theories.

One iteration of this claim on Twitter asserted that access to the internet would require users to produce identifying documents to social media companies:

AUSTRALIA - Social credit introduced to access the internet, via your digital ID. Citizens need 100 points of identification to use social media & the police will have access to your accounts including private messaging. Goodbye freedom. Hello tyranny.

A similar claim, also on Twitter, asserted similar examples of purported government overreach by Australia in the social media space:

Reminder - The Australian federal government is planning to de-anonymize the internet to introduce a social credit system to combat "online abuse" - police will have access to individuals' social media accounts, which will be linked to people's passports.

Despite claiming to depict a recent or current development, both of these viral tweets were based on the same video of an April 1, 2021, broadcast by the the news program 9 News Australia:

That segment specifically discussed a recommendation — one of many — made by the Australian House of Representatives Standing Committee on Social Policy and Legal Affairs as part of an "inquiry into family, domestic and sexual violence." Among other things, that committee's report, released the same day as the 9 News Australia broadcast, made these policy recommendations:

In order to open or maintain an existing social media account, customers should be required by law to identify themselves to a platform using 100 points of identification, in the same way as a person must provide identification for a mobile phone account, or to buy a mobile SIM card.

Social media platforms must provide those identifying details when requested by the eSafety Commissioner, law enforcement or as directed by a court.

These recommendations were never included in any subsequent Australian social media or internet legislation. A bill that passed both chambers of the Australian parliament and signed into law in September 2021 did provide Australian law enforcement with new forms of warrants capable of gathering information on digital crimes. But this legislation did not place new requirements on the tech industry and did not concern the newly enacted position of eSafety Commissioner.

The reference in the viral claim about "social credit" appears meant to invoke comparisons to dystopian science fiction and/or the Chinese Communist Party (CCP). In 2014, the CCP introduced plans for a "social credit" system that tracked individuals' moral behavior along with more commonly understood concepts involved in financial credit. As described in the MIT Technology Review in 2022:

Back in 2014, the plan [in China] was to have a national system tracking all "social credit" ready by 2020. Now it's almost 2023, and the long-anticipated legal framework for the system was just released in the November 2022 draft law.

That said, the government has mostly figured out the financial part. The zhengxin system—first released to the public in 2006 and significantly updated in 2020—is essentially the Chinese equivalent of American credit bureaus' scoring and is maintained by the country's central bank. It records the financial history of 1.14 billion Chinese individuals (and gives them credit scores), as well as almost 100 million companies (though it doesn't give them scores).

On the social side, however, regulations have been patchy and vague. To date, the national government has built only a system focused on companies, not individuals, which aggregates data on corporate regulation compliance from different government agencies.

Digital identity legislation, and the concept of a "digital ID" in general, has been a lightning rod for conspiracy theorists, as Snopes discussed in a June 2020 article about the ID2020 coalition. The language used in the viral tweets appears to target those audiences.

The evidence cited to support allegations that Australia is requiring social media companies to hold onto identifying information, and in some cases transmit it to law enforcement, stems from an out-of-date television news segment discussing legislative proposals that never advanced. As such, claims that the Australian government introduced a social credit system requiring people to access the internet via your digital ID are "False."