Are These Aerial Photos of Australia's Freedom Convoy?

This photograph from a concert is frequently used by those exaggerating an event's crowd size. 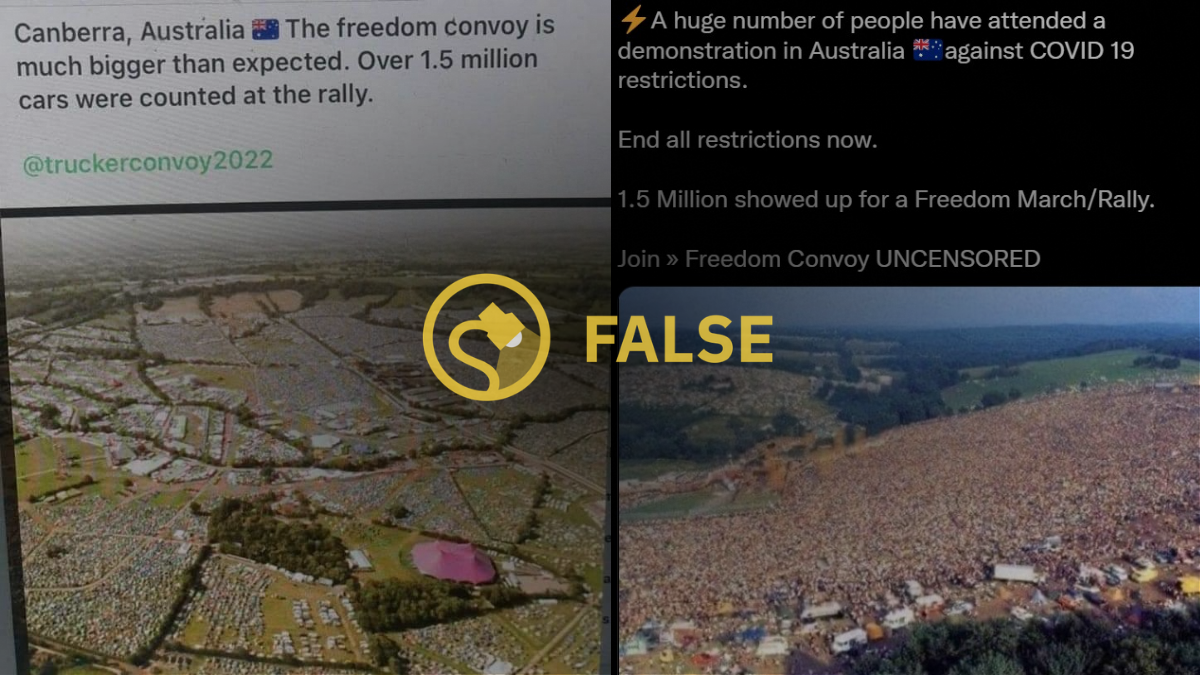 In February 2022, a photograph supposedly showing 1.5 million people participating in an Australian "Freedom Convoy," an anti-vax, anti-government protest featuring the use of trucks to block roads, was circulated on social media: It was taken in 1969 and shows a crowd at the Woodstock Music Festival. The original photograph, which can be viewed here, was taken by Barry Z. Levine.

Photographs of large crowds are often miscaptioned and re-shared in order to exaggerate the size of current events. In fact, this specific photograph has been used in the past to mislead viewers about the number of people participating in a Dakota Pipeline protest and at two different rallies for former President Donald Trump.

A number of miscaptioned photographs and videos were also shared in the lead up to Canada's "Freedom Convoy." These miscaptioned photographs trick viewers into believing that these movements are more popular than they actually are, which may in turn increase legitimate participation. This was true during the freedom convoy in Canada, and it's proving true again as these convoys spread to other parts of the world.

For example, in addition to the above-displayed image, the following photograph was also shared as if it showed 1.5 million participating in an Australian freedom convoy. Again, this is not a photograph of a freedom convoy. This picture was actually taken at the Glastonbury Festival in England in 2019.

While a freedom convoy truly took place in Australia in February 2022, as of this writing, police had estimated the crowd size at the "thousands to tens of thousands," according to The Associated Press, well below the 1.5 million claimed in these miscaptioned photos.