Does Photo Show Aunt Jemima Chained to a Table?

Myths about this century-old fictional character continue to spread. 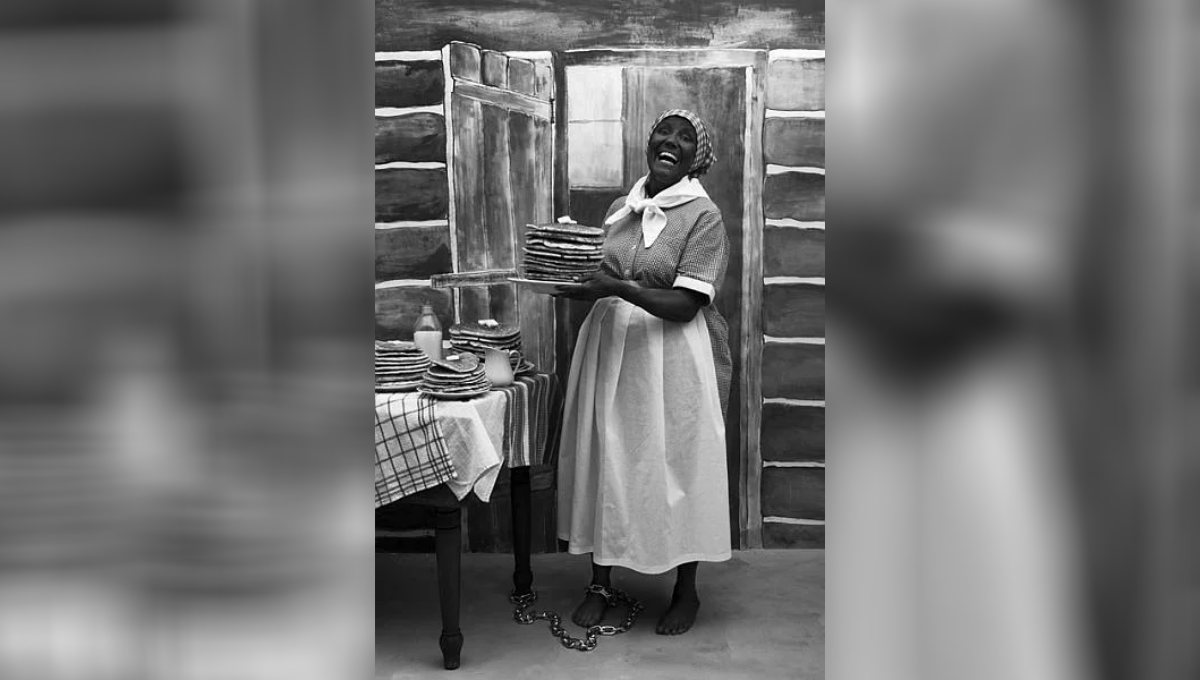 This photograph shows an artist's interpretation of the fictional Aunt Jemima character.

This photograph does not show Nancy Green, nor any other actor, during an official promotion for the Aunt Jemima brand.

In June 2020 the Quaker Oats company announced it would rename its "Aunt Jemima" line of syrups and pancake mix due to the brand's historical connections to racial stereotypes. In the weeks that followed, a number of social media users complained that the company was erasing the accomplishments of Nancy Green, the woman who portrayed the character around the turn of the twentieth century.

Many commenters claimed that Green had become a millionaire from her work (false) and illustrated their messages with an image of a smiling Aunt Jemima holding a stack of pancakes: We covered the history of the Aunt Jemima persona and Green's involvement in another article.

In short, there's no evidence to suggest that Green became conspicuously wealthy from her work portraying Aunt Jemima. As for the above-displayed photograph, this image does not show Aunt Jemima (nor any of the women who played her in an official capacity). Furthermore, this image has been cropped. In the original photograph you can see shackles around the model's ankle: This is a modern day artist's interpretation of the Aunt Jemima character. This photograph was taken by Sally Stockhold in 2008 and was titled, "Aunt Jemima: I Laughed Because They Paid Me."

The image is included in a collection of self-portraits published on Stockhold's website and labeled "myselfportraits ode to icons and other absurdities."

In other words, this is not a historical image of Green nor any woman who portrayed the fictional persona of Aunt Jemima in the early 1900s. This photograph actually shows a white woman in blackface depicting the character of Aunt Jemima as a slave to the brand.

Read more about Green and the history of the Aunt Jemima character here.